Clayton Kershaw gets nod to start Game 2 for Dodgers 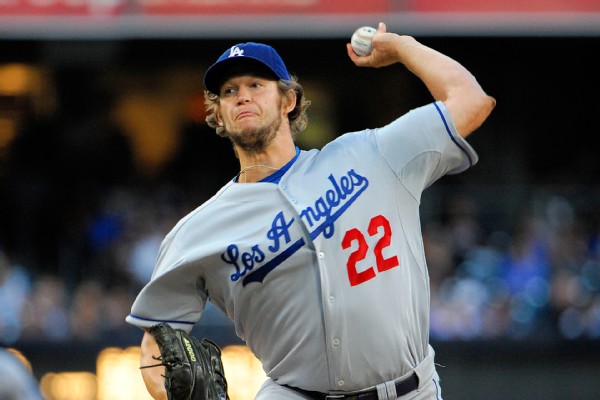 When last seen, Kershaw was getting the final two outs of the winner-take-all Game 5 of the NLDS at Washington. He threw just seven pitches, two days after throwing 110 in a Dodgers victory, and said the brief outing was more like a between-start bullpen ... sort of.

"Number of pitches wise, it's pretty much the same," Kershaw said Saturday. "The intensity might have been just a hair different."

That is Kershaw at his sarcastic best, of course. He said he had fun with the rush of energy that came with closing out a series clincher, but is trying to distance himself from the memory quickly with the heavily favored Cubs up next.

Kershaw feels that nobody remembers who finishes second, suggesting that his NLDS heroics will resonate more if he leads the Dodgers to a World Series title.

In the Cubs, he will face a team he did not pitch against in the regular season, but one he knows well. He was the only Dodgers starter who did not pitch in the team's four-game series at Wrigley Field in the first half, and was on the disabled list when the Cubs came to Los Angeles in late August.

He knows all about the Cubs' offensive acumen, though, and was poring over scouting reports Friday evening, even before he was officially named the Game 2 starter.

"The Cubs' lineup is pretty solid, obviously," Kershaw said. "They have some guys in there that had some pretty amazing seasons. They are the best team in baseball for a reason.

"I think the one thing that stands out with their offense is the on-base percentages of those guys. They are constantly working counts, getting into good hitters' counts, getting on base. And that is something that is difficult for a starting pitcher."

Kershaw started two games of the NLDS, in addition to his appearance in relief in Game 5. The three-time Cy Young Award winner did not earn a decision in any NLDS game, but the Dodgers won all three games in which he appeared.

Kershaw will follow Kenta Maeda, who was the Dodgers' scheduled pitcher in Game 1 of the series Sunday.

The Dodgers also announced Saturday that left-hander Rich Hill will start in Game 3 when the series shifts to Dodger Stadium. Hill started Games 2 and 5 of the NLDS, giving up five runs on nine hits over seven combined innings.