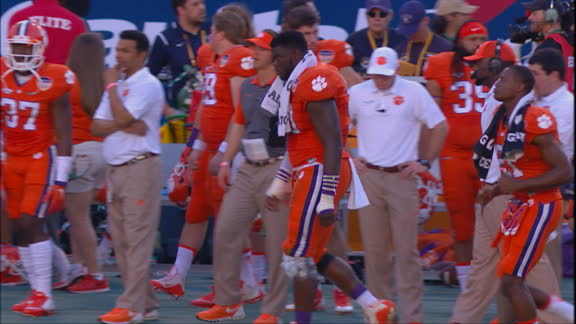 MIAMI GARDENS, Fla. -- Clemson All-American defensive end Shaq Lawsonsuffered a left knee injury in the first quarter of the Tigers' 37-17 win overOklahomaon Thursday in theCollege Football Playoff semifinal at the Capital One Orange Bowl. But he insisted it will not keep him from the field when the Tigers play for the College Football Playoff National Championship Presented by AT&T on Jan. 11.

Lawson was ruled out to start the second half. Coach DaboSwinney said Lawson suffered a ligament sprain.

Lawson initially hurt his knee on the first series. He came back on the next series but appeared to reinjure his knee on a sack of Oklahoma quarterback Baker Mayfield. During the ensuing drive, Lawson had a bag of ice wrapped around his knee and a towel over his head and was walking gingerly on the sideline.

He'll have a week and a half to get ready, and said he'll get "as much treatment as I need'' to be ready for the championship game in Glendale, Arizona. He declined to offer any specifics on the nature of the injury, other than repeating that he would be on the field in the title game.

"I could tell it's nothing serious,'' Lawson said. "It's not serious.''

Clemson does not have a replacement with nearly as much experience as Lawson, though his defensive mates did just fine without him Thursday. A unit that surrendered more than 30 points in its past two games sacked Mayfield five times and held the Sooners to 121 yards over the final two quarters.

Lawson, a junior, has already declared for the NFL draft. 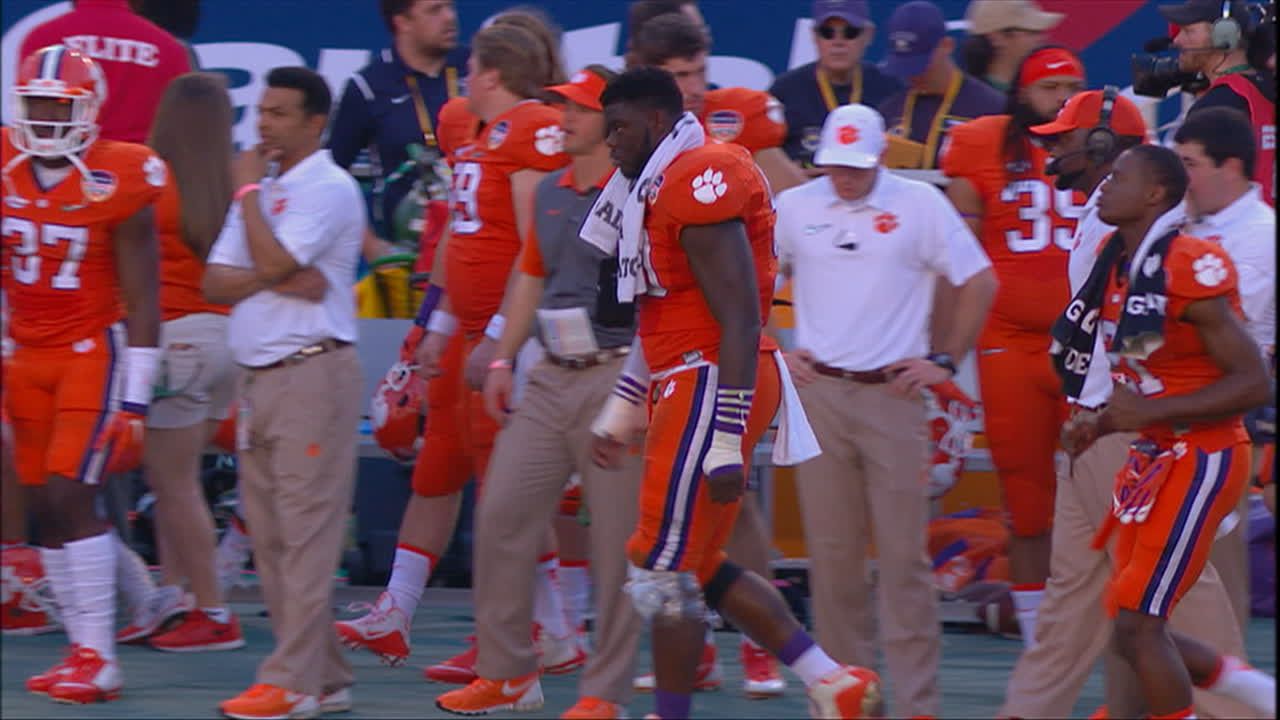 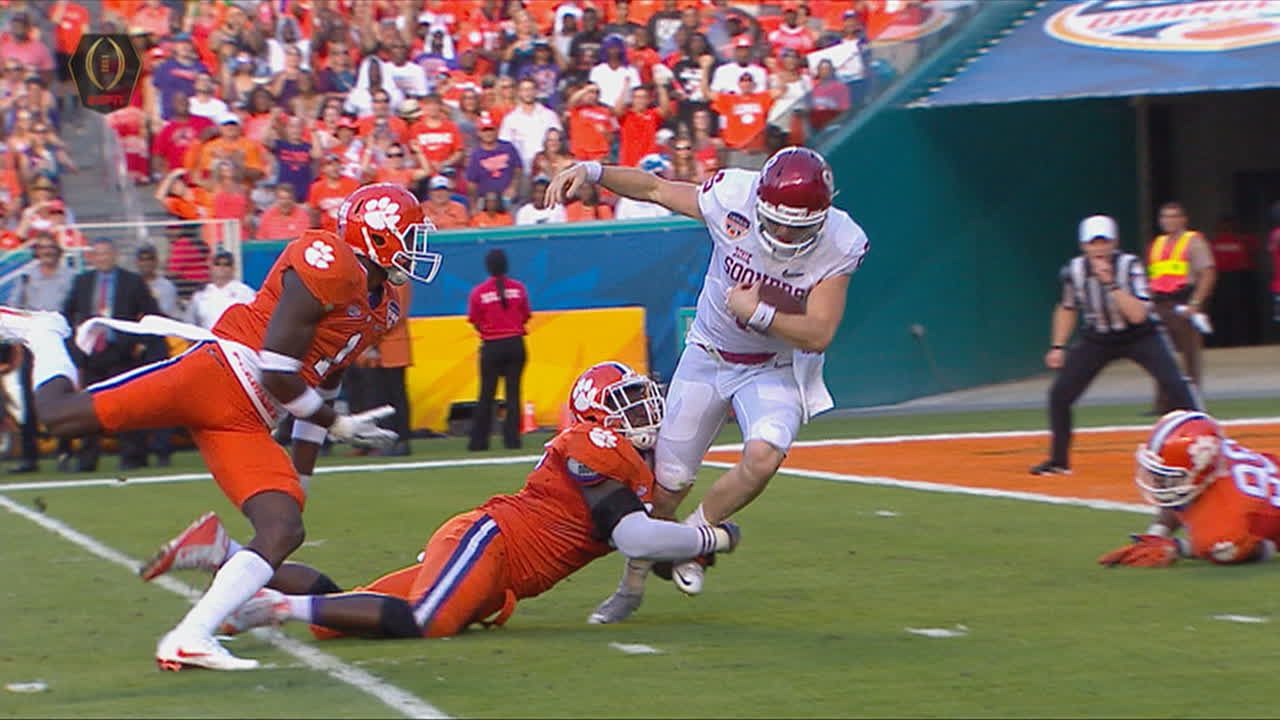