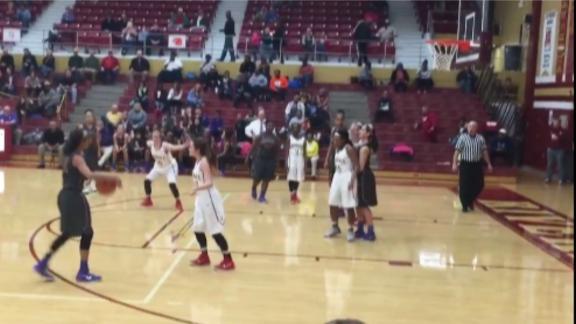 MURFREESBORO, Tenn. -- Two Tennessee girls' basketball high school coaches have been suspended for trying to get their teams to lose a game in an attempt to avoid the top-ranked squad and improve their chances of advancing in the state tournament.

Rutherford County director of schools Don Odom announced Wednesday that Smyrna's Shawn Middleton and Riverdale's Cory Barnett wouldn't be permitted to coach at their schools or at any other Rutherford County Schools athletic program during the 2015-16 school year.

In a statement, Odom said the school district "apologizes to the Riverdale and Smyrna High basketball players and parents for the lack of leadership" exhibited by the coaches. He also apologized to the citizens of Rutherford County "because of the embarrassment generated locally and nationally for teams motivated to throw a game."

"Good athletic coaches possess skills that maximize the players' skills, strategize winning game plans, instill self-discipline, and impart the value of teamwork to reach a common goal," Odom said. "Players also learn skills that build integrity and character, primarily by how their coach models before them. In these last two areas, we failed last Saturday evening."

Odom said the two coaches wouldn't be eligible for the coach stipend pay during the 2015-16 year, which totals $8,393 each.

Smyrna and Riverdale were banned from the playoffs Monday.

Tennessee Secondary School Athletic Association executive director Bernard Childress wrote that the teams "made a mockery" of Saturday's game with intentional turnovers off various violations and missed free throws. The game's referee reported he stopped play and ordered the coaches not to make a travesty of the game with a Smyrna player about to shoot at the wrong basket.

Fair To Ban Tennessee High Schoolers For Tanking?
Jemele Hill and Michael Smith discuss whether it is fair to the players at Riverdale and Smyrna for their high schools to be placed on probation for a year for each trying to lose a game to avoid facing the top seed in the state tournament.