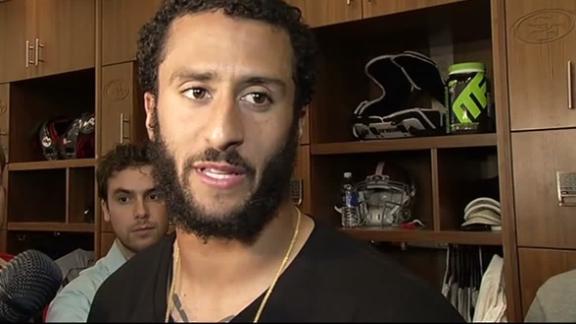 ESPN
By Paul Gutierrez
SANTA CLARA, Calif. -- Speaking publicly for the first time since being benched by the San Francisco 49ers, a somewhat defiant Colin Kaepernick did not agree with the team's decision to go with Blaine Gabbert as its starter, but the fifth-year quarterback said he was not going to complain.

Kaepernick did, however, take issue with some of the ways he has been characterized by coach Jim Tomsula and offensive coordinator Geep Chryst.

Asked whether he agreed with Tomsula's assessment that he needed to "step back and breathe," Kaepernick said, "I'm not out of breath, so I don't understand that reference."

"I don't believe in pressure," he said. "Pressure is not being prepared for what you want to do. To me, I've played full seasons and had success. Mentally, I've been through it before. I'm not incapable of going through this."

Told Chryst said he had been playing cautiously since a four-interception game at Arizona in Week 3, Kaepernick blanched.

Kaepernick is enduring his worst year since taking over for the concussed Alex Smith in Week 9 of the 2012 season, posting a Total QBR of 47.6, 6.7 yards per attempt, a 6-to-5 touchdown-to-interception ratio and a completion rate of 59.3 percent.

The 49ers have the worst-rated offense in the NFL, with 282.2 yards per game, nearly 30 fewer than the No. 31-ranked Tennessee Titans. The Niners' 109 points are the fewest in the league and the fourth-fewest in franchise history through the first eight games.

Chryst is among those who have been quick to point out that Kaepernick's supporting cast is not the same as it was when the 49ers went to the Super Bowl three seasons ago. Only three players -- and one on offense -- from that team remain in their same starting positions: left tackle Joe Staley, outside linebacker Ahmad Brooks and inside linebacker NaVorro Bowman.

"They told me they were going to sit me, and that was the extent of the conversation," Kaepernick said of the Niners' decision earlier this week. "That decision is out of my control, and I respect their authority."

Despite his shortcomings, many of his supporters wonder whether Kaepernick is being made a scapegoat by the organization in the wake of a messy divorce with ex-coach Jim Harbaugh, who handpicked Kaepernick as his quarterback over Smith, a former No. 1 overall draft pick.

When Kaepernick signed his $126 million contract extension in the summer of 2014 -- a team-friendly deal that allows the Niners to get out with relatively minimal salary-cap damage should they cut him by April 1, about a $7.5 million hit -- he asked whether the savings in money would help the team build.

Asked whether he feels the team has held up its end of the bargain, Kaepernick said Friday, "That's not something for me to say. I just try to do my part to try to help this organization, help this team and do everything I can to try to help us be successful."

Asked whether he thinks he is being made a scapegoat, Kaepernick said, "I don't pass judgment on that. I do everything I can to try to help this team win, try to support my teammates, and try to go out and get a W on Sunday."

Kaepernick has passed for 1,615 yards with six touchdowns and five interceptions in eight games. He has been sacked 28 times.

He said his new role as Gabbert's backup will not change his preparation; he said he's just as focused and locked in.

"There's always times you think you can play better. ... I haven't seen a quarterback play a perfect game yet. I'm very critical of myself." 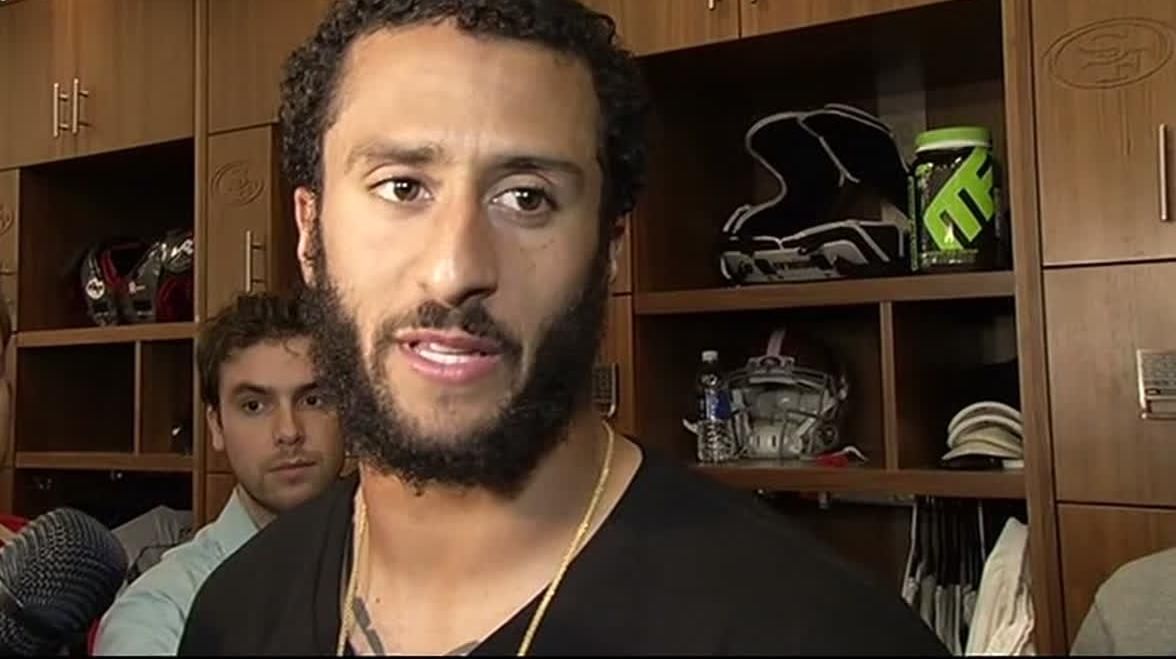