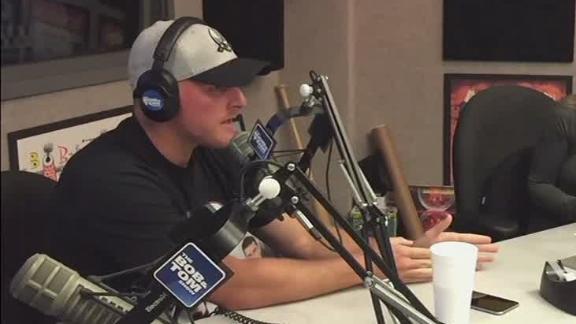 INDIANAPOLIS -- Colts receiver Griff Whalen was not supposed to be the center on the botched fake punt play that Indianapolis attempted Sunday in a loss to the Patriots, according to punter Pat McAfee.

McAfee, making his weekly radio appearance on the "Bob & Tom Show" in Indianapolis on Tuesday, said rookie Clayton Geathers was supposed to be the center on the play, but he was out of the game with a knee injury.

"The gunner who became the center all week was Clayton Geathers," McAfee said during the radio show. "Geathers gets injured in the second quarter. Insert Griff Whalen, who had never done it before. So Griff Whalen is now the new center in a play he's never practiced before."

The Colts were trailing the Patriots 27-21 late in the third quarter when they brought out the punt team on fourth-and-3 on their 37-yard line. Rather than line up in their normal formation, the Colts, including McAfee, lined up out wide to the right, with only Whalen as the center and safety Colt Anderson lined up under him to take the snap.

Whalen snapped it to Anderson, who was immediately tackled, giving the Patriots a short field to work with.

"The point of the play is a deception play," McAfee said. "So you're trying to manipulate the [Patriots] into thinking they have to sub their defense back on. We are sprinting to the sideline in hopes to make the other team think we are subbing our offense back on the field."

The mishap led to the Colts, especially coach Chuck Pagano, taking a lot of criticism for the play. Pagano said Monday that he doesn't regret calling the play trying to catch the Patriots with too many men on the field.

Whalen is the Colts' return specialist, so he hadn't worked on the play with special teams coaches Tom McMahon and Brant Boyer during practice last week while Geathers was working on it.

"Griff never got the heads up this was happening because it's not in the playbook," McAfee said. "[He's a] Stanford guy, reads the playbook, knows everything he has to do, but if he's not there for an audible that's added, he can't know. 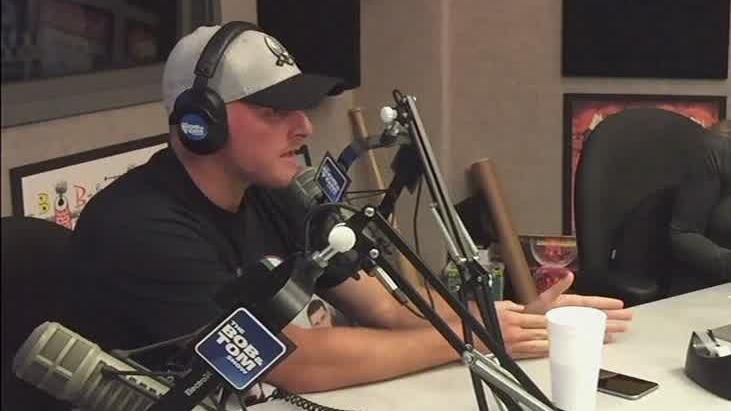 Colts punter: Whalen didn't practice botched trick play
On The Bob & Tom Show, Colts punter Pat McAfee explained that Griff Whalen was not supposed to be the center on the botched fake punt play that Indianapolis attempted Sunday and that there was a major miscommunication. 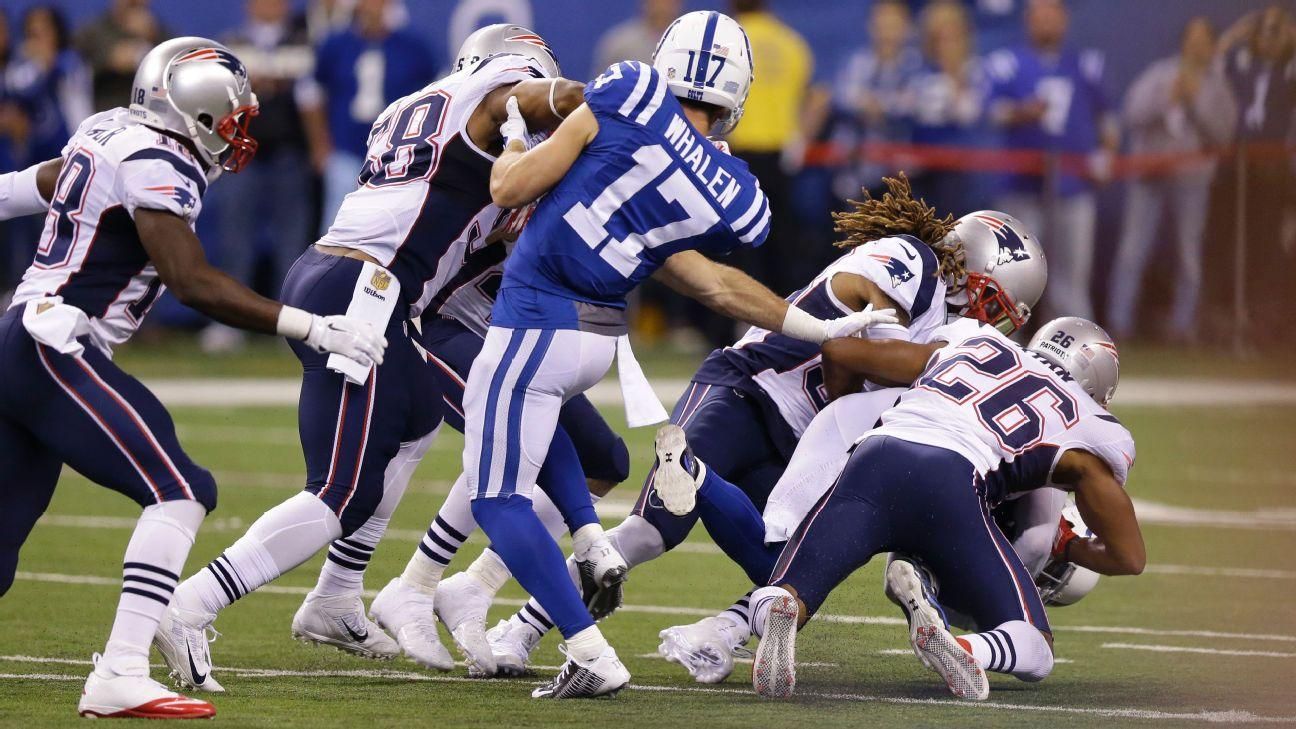 Failed punt an indictment on Colts' coaching staff?
Chris Mortensen explains the personnel issue that led to the Colts' miscommunication on a failed punt against the Patriots and Ed Werder discusses coach Chuck Pagano imploring players to keep information on the botched trick play internal. 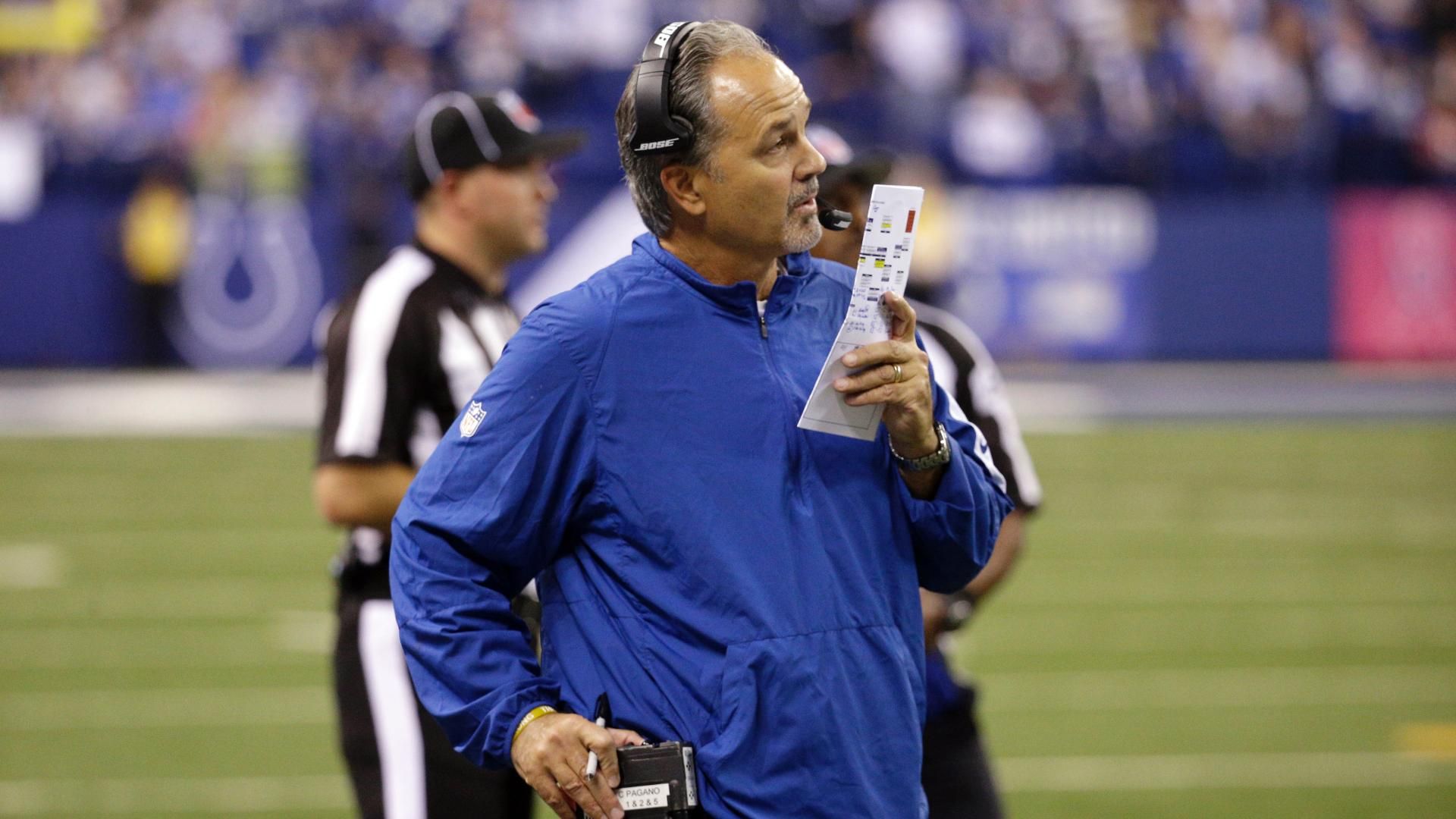