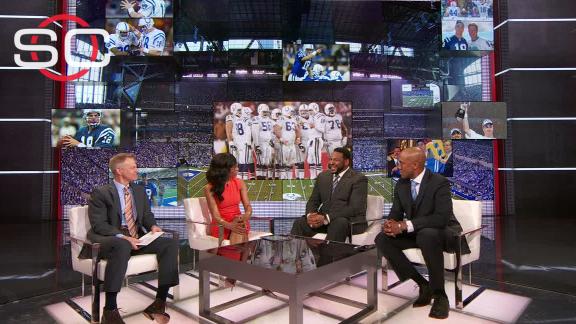 "It'll be a destination spot for all of our fans, a destination for cans of Budweiser," Irsay said laughing. "It's not too often you build statues of people. We're really excited about putting this iconic statue outside of Lucas Oil Stadium, where it'll stand many, many years. So deserving."

Manning announced his retirement from the NFL after 18 seasons on March 7, but Irsay wanted to personally honor the quarterback who helped turn the franchise around when the Colts made him the No. 1 overall pick in 1998.

"It was my honor and privilege to play for this organization for 14 years," Manning said. "I'll always be a Colt."

Manning was named league MVP four times and threw for 54,828 yards and 399 touchdowns with Indianapolis. During Manning's time at the helm, the Colts went 141-67 and went to the Super Bowl twice -- winning once -- during 11 playoff appearances.

It was Manning's first appearance at the team's facility since a tearful news conference on March 7, 2012, to announce the team was releasing him after 14 seasons. Manning missed the 2011 season with a neck injury.

Manning was emotional at times as he told a wide range of stories about events such as the team receiving a visit from former Indiana University basketball coach Bob Knight and Manning throwing his first touchdown pass in the 1998 season. Current coach Chuck Pagano, general manager Ryan Grigson and former Indianapolis mayor Greg Ballard were among the many people in attendance.

Manning signed with theDenver Broncosin 2012 and led them to two Super Bowl appearances. He threw for17,112 yards, 140 touchdowns and 53 interceptions in his four seasons with Denver.

"It was always strange out there watching 18 without the horseshoe," Irsay said. "I feel like I speak for Colts fans: He's always ours." 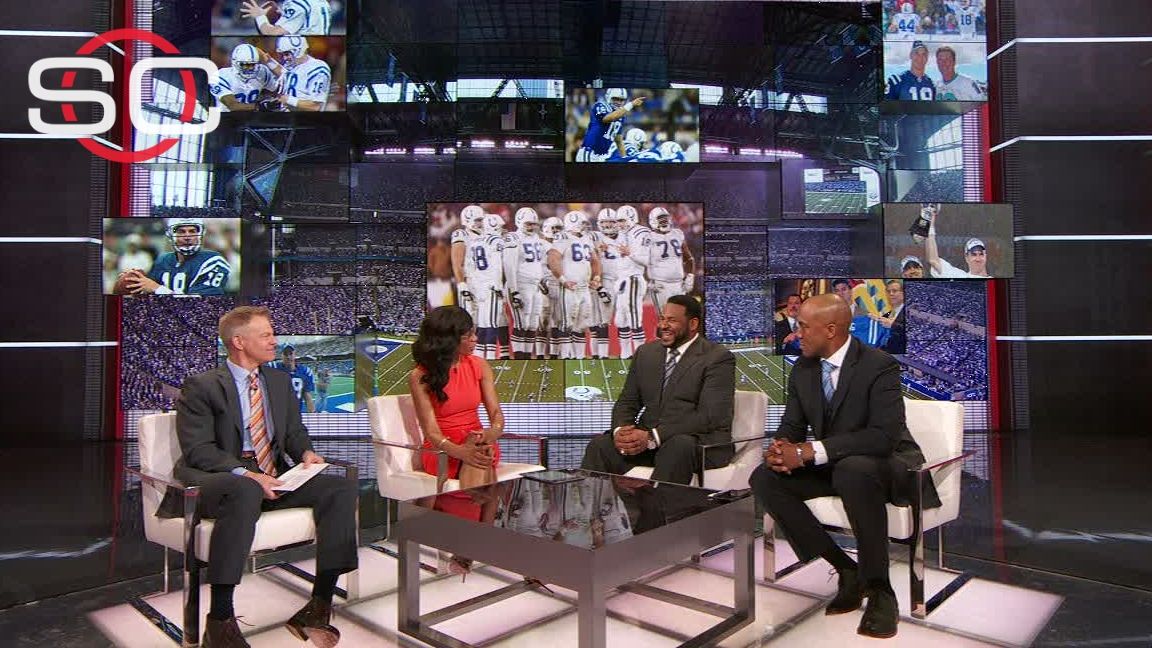