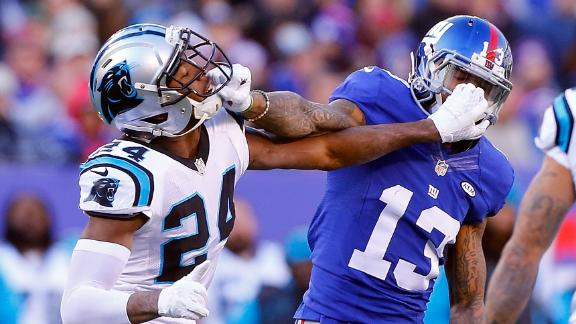 The NFL is moving forward with a plan to institute a rule that would require an automatic ejection for players charged with two unsportsmanlike conduct penalties in a game, league officials said Thursday.

The proposal, to be discussed next week at an annual meeting of NFL owners, is a limited form of a suggestion made in February by commissioner Roger Goodell.

The list of penalties that could lead to a player's automatic ejection has been narrowed from all personal fouls to a handful of sportsmanship violations. Had the rule as it's currently proposed been in place last season, only two players would have been ejected, according to competition committee co-chairman Rich McKay.

Meanwhile, McKay and NFL executive vice president Troy Vincent confirmed that there would be no change to the controversial catch rule that requires receivers to maintain control of the ball until they "become a runner."

McKay estimated the rule causes concern on less than six passes per season -- in 2016, more than 18,000 passes were thrown -- and Vincent said the league would ramp up efforts to teach the rule to fans and media members.

The NFL's ejection rule, on the other hand, will be strengthened. Vincent said referees will be reminded that they can eject players for flagrant offenses at any time. But if a player commits two offenses from three new categories, officials will have no choice. From the rule proposal:


Approval of this proposal, or any of the other 19 rule changes suggested by either the competition committee or individual teams, requires the consent of 24 team owners.

Other rule proposals and possible NFL bylaw changes include:

Among the rule proposals that teams will present Monday through Wednesday is one that would eliminate overtime in preseason games and several involving video review, including allowing three coaches' challenges instead of two even when one challenge fails and expanding what can be challenged to include everything but turnovers and scores.