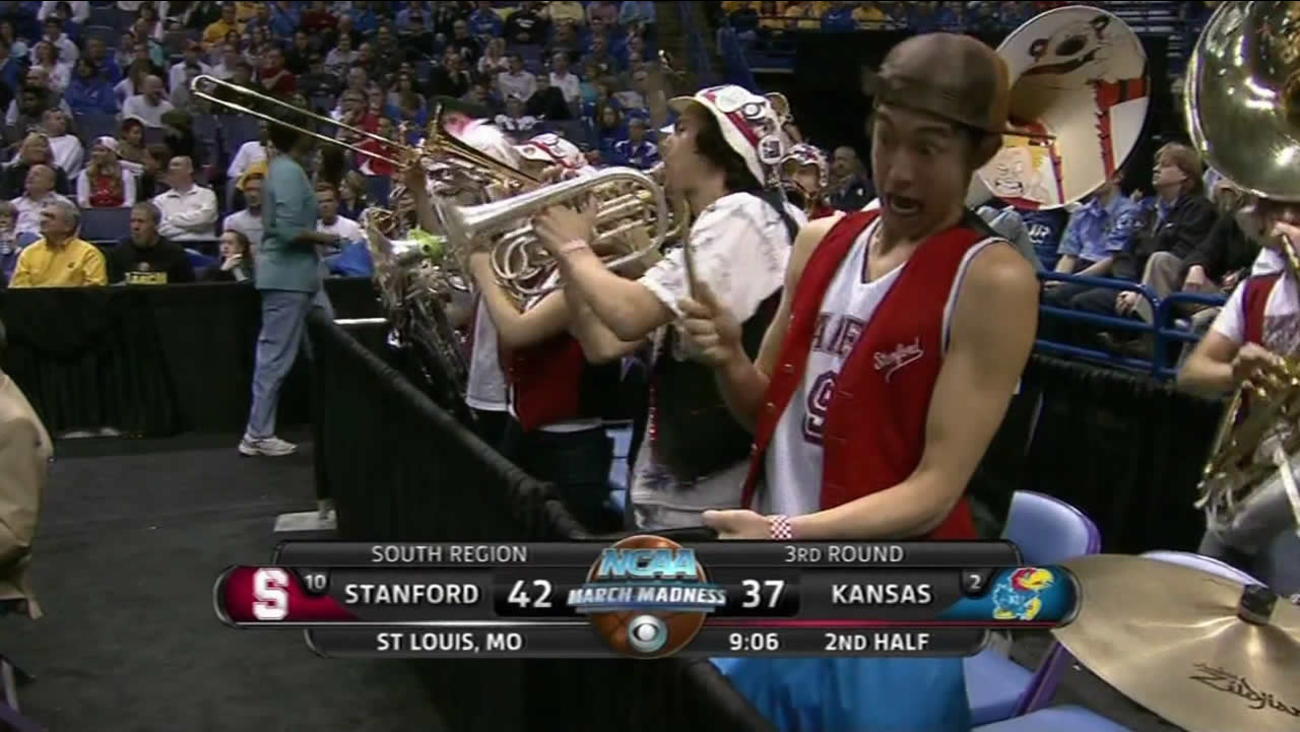 KGO
STANFORD, Calif. (KGO) -- A Stanford band member is the talk of March Madness after showing off his passionate moves while cheering on the team with the rest of the band.

Cowbell player Alex Chang and his high-energy antics may have played a role in Stanford's win on Sunday. Chang's enthusiastic clanging delighted fans at the game and around the country as they watched on TV.

"I think that might have actually put us over the top," Stanford philosophy major Ben Musachio said. "I mean he played with passion, with real zeal, and I think the team fed off that. So, kudos to him."

The basketball team practiced Monday afternoon. They've ignited such anticipation that some fans think Stanford might make the final four.

"I would certainly consider traveling to the Final Four, but we'll have to wait and see," Musachio said. "Fingers crossed."

For the team, the focus now is on beating Dayton on Thursday. The team got in some afternoon practice time before leaving town in the morning.

Coach Johnny Dawkins says the experience of his juniors and seniors is paying off. They have learned, they have worked hard to improve their skills, and now they're enjoying the fruit of their labor.

"What we have to do is make sure that we stay focused on concentrating on what we have to do to be successful going forward," Dawkins said.
Related topics:
sportsstanford universitymarch madnessdistractionmusicstanford cardinal
Copyright © 2020 KGO-TV. All Rights Reserved.
More Videos
From CNN Newsource affiliates
TOP STORIES