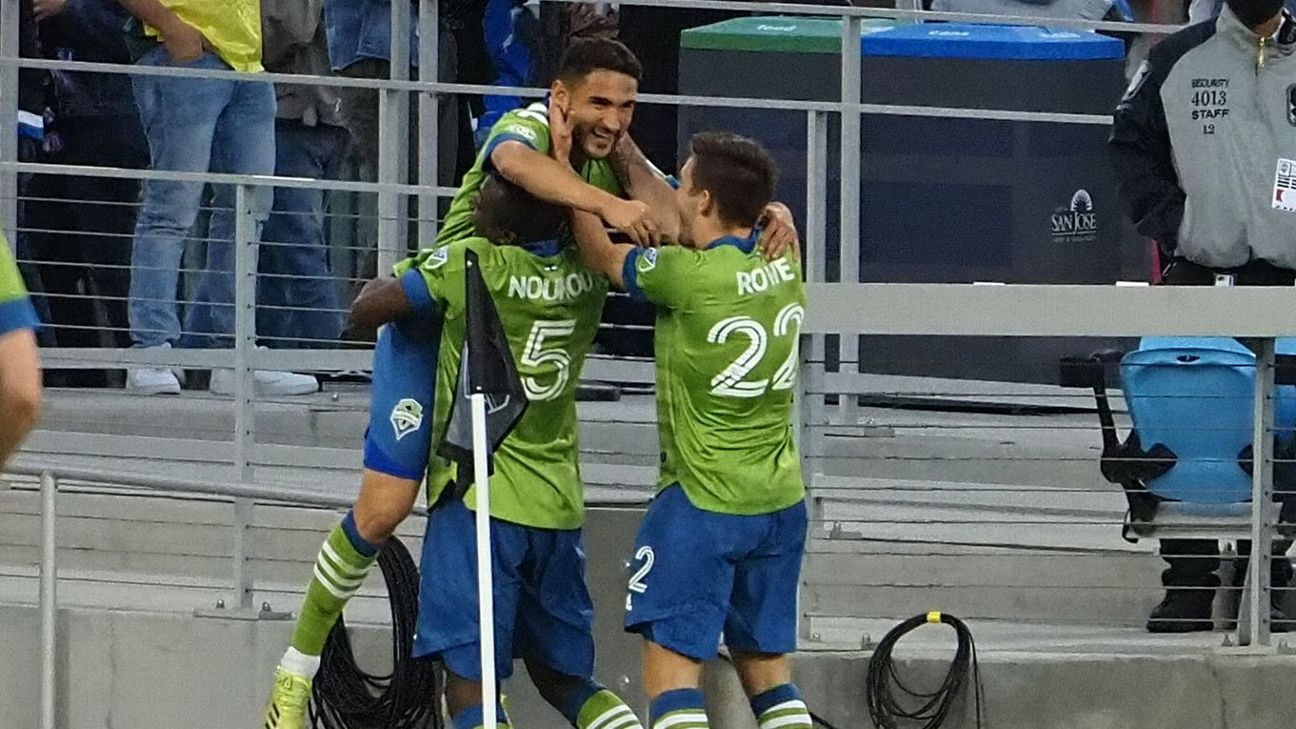 Cristian Roldan's 18th-minute goal was the difference in a tight match between the top two teams in Major League Soccer's Western Conference as the Seattle Sounders beat the host San Jose Earthquakes 1-0 on Wednesday.

The Sounders had to survive without a goalkeeper in second-half stoppage time after Stefan Frei was injured in a collision with a teammate.


A major momentum swing took place fairly early in the game. The Earthquakes thought they had a penalty kick in the 15th minute when a shot went off the tucked-in hand of Seattle defender Yeimar Gomez.

- Which MLS youngsters are ready for Europe?

The play was reviewed via video assistant referee and overturned as incidental contact without intent to prevent a scoring opportunity.

Moments later, the Earthquakes' failure to clear a chance resulted in Roldan's shot from just outside the box that zoomed high into the net.

San Jose had chances to draw even before halftime. Cade Cowell had an open net at the far post, but his shot was tipped wide by Frei.


In the 41st minute, the Earthquakes' Cristian Espinoza shot wide from in front of the goal.

The second half saw the Sounders keep the Quakes off the scoreboard, even after San Jose brought on the MLS all-time goals leader, Chris Wondolowski. The veteran forward was active in the Seattle penalty area late in the game as San Jose sought an equalizer, but the Earthquakes could not convert.

The win came at a cost for the Sounders when defender Shane O'Neill collided with Frei in the 90th minute on a ball sent into the box. Frei appeared to bang his left knee off O'Neill's body and had to be helped to the locker room putting no weight on the leg.

Sounders midfielder Alex Roldan had to change into the goalkeeper's jersey for stoppage time, with Seattle having used all of its substitutions. Roldan was pressured but made a save to preserve the Sounders' win. 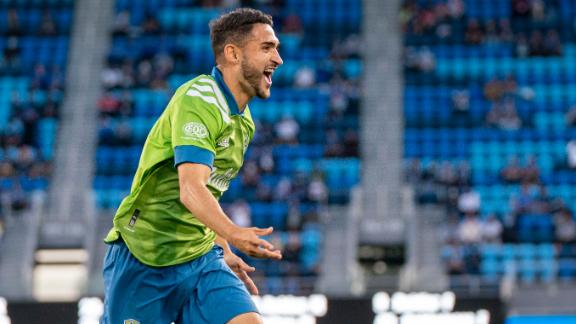