Cuban not in favor of booting Sterling 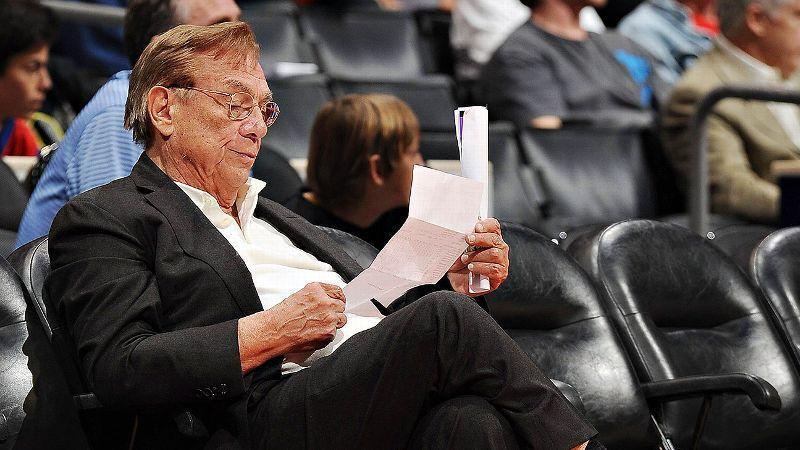 DALLAS -- Mavericks owner Mark Cuban thinks the NBA would be a better league without Donald Sterling in it, but Cuban called the potential scenario of forcing the Los Angeles Clippers owner to sell the team in wake of the racist comments allegedly made by him "a slippery slope."

Cuban was one of several NBA owners to make strong comments about Sterling on Monday, a day before commissioner Adam Silver was scheduled to hold a news conference in New York to announce the league's investigation into the issue.

However, Cuban was the only one to express concern about the precedent that could be set by forcing Sterling to leave the league.

"I think there's a [league] constitution for a reason, right?" Cuban said before Game 4 of the Mavericks-San Antonio Spurs series. "Because this is a very slippery slope. What Donald said was wrong. It was abhorrent. There's no place for racism in the NBA, any business I'm associated with, and I don't want to be associated with people who have that position.

"But at the same time, that's a decision I make. I think you've got to be very, very careful when you start making blanket statements about what people say and think, as opposed to what they do. It's a very, very slippery slope.

The expectation of one rival team, ESPN.com's Marc Stein reports, is that Silver will opt for a lifetime ban and hefty fine well over $1 million for Sterling and also announce that the league will help the Clippers with the sale of the team. He said the league will pursue voting Sterling out if the Clippers do not cooperate.

Houston Rockets owner Leslie Alexander presented an opposing view to Cuban's, telling the Houston Chronicle that he wanted Sterling forced out of the league.

Like Cuban, Alexander interpreted the NBA constitution as not affording the commissioner the power to remove an owner for any reason except gambling. However, Alexander said he suggested to Silver that all the Clippers players could be given the option to become free agents after this season, a step toward driving Sterling out of the league.

"This kind of behavior can't be allowed in the NBA by owners, players or anybody," Alexander told the newspaper. "This guy has no place in the family of the NBA. Whatever it takes, we have to make sure this kind of event never happens again."

"The comments and sentiments expressed on the tape are reprehensible and disturbing, and certainly are the opposite of how the Lakers feel about the league's players and fans. I have full confidence that Adam Silver and the NBA will handle this situation appropriately."

"It is shocking that anyone could hold the kind of offensive and feeble-minded views that are being attributed allegedly to the Clippers owner, Donald Sterling," Gilbert said in the statement. "The diverse staff members of the Cleveland Cavaliers franchise are united in encouraging Commissioner Silver and the NBA to respond with swift and appropriate action consistent with a strong zero tolerance approach to this type of reprehensible behavior."

Cuban said he would support any decision the commissioner made in regard to disciplining Sterling, but Cuban thinks the league constitution will limit that to a fine and suspension.

"We trust commissioner Adam Silver to handle this matter swiftly and properly, but let me state without reservation: There is no place for prejudice or intolerance in our league, or anywhere else," Detroit Pistons owner Tom Gores said in a statement. "That's not a debatable point. It's a first principle."

A statement from Portland Trail Blazers owner Paul Allen read, "The kind of statements attributed to Clippers owner Donald Sterling, if true, are abhorrent, and not acceptable for the owner of an NBA franchise or anyone in professional sports. We at the Trail Blazers reject any and all such sentiments, and believe NBA leadership should take swift and impactful action in this case."

Cuban was concerned about an arbitrary line being set for forcing people out of the league because of controversial beliefs that could be considered offensive.

"Within an organization like the NBA, we try to do what's in the best interest of the league, and that's why we have a commissioner and a constitution, and I think Adam will be smart and deal with Donald with the full extent available. But, again, if you're saying a blanket, 'Let's kick him out' -- I don't want to go that far because it's not about Donald, it's not about his position, it's about his mess -- and what are we going to make a decision on?

Cuban added that it was "damn scary" to ponder the thought of attempting to remove somebody from the NBA because of his personal beliefs.

"In no uncertain terms am I supporting what Donald Sterling said, or his position," Cuban said. "He's obviously racist, he's obviously bigoted. And in this day and age when you're in the public eye, you've got to be damn careful -- if that's your position, and that's unfortunately where you're at, you better be damn careful what you say, even in the privacy of your own home.

"But regardless of your background, regardless of the history they have, if we're taking something somebody said in their home and we're trying to turn it into something that leads to you being forced to divest property in any way, shape or form, that's not the United States of America. I don't want to be part of that."

Making Decisions At The Highest Level
In an interview from February, Adam Silver talked to Hannah Storm about what he learned from David Stern about making big decisions.

What Should NBA Do About Sterling?
Max Kellerman, Marcellus Wiley and Michelle Beadle debate how Clippers owner Donald Sterling should be punished for his disturbing pattern of behavior and alleged racist remarks. 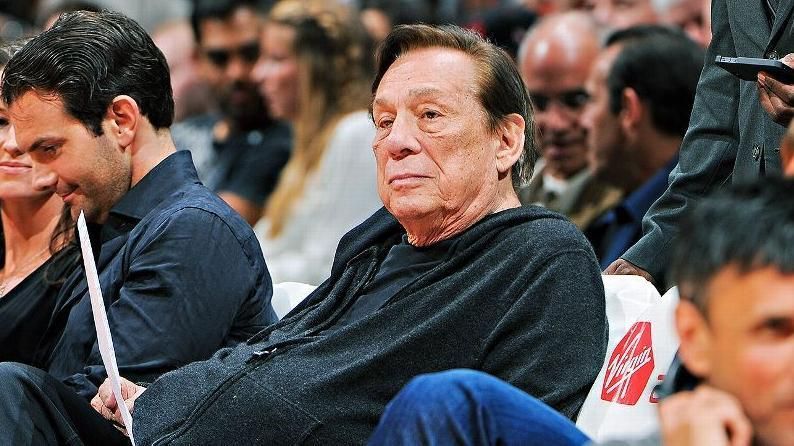