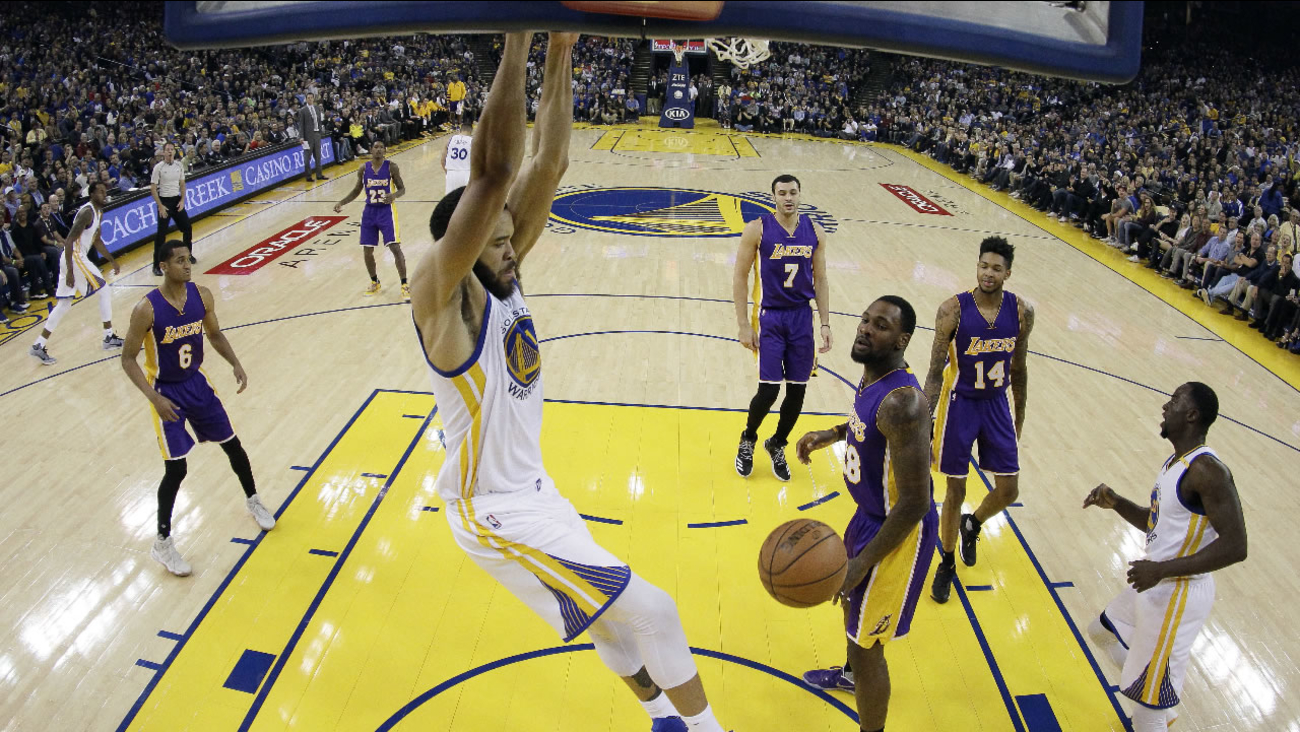 The Warriors' franchise-record 47 assists - on 53 baskets - are the most in the NBA this season and their most in more than 22 years.

Golden State had 26 assists on 29 baskets before the break, as in sync as the Warriors have been since adding Durant during the offseason and far better than when they took a 20-point beating at Los Angeles less than three weeks ago.

Klay Thompson added 26 points with four 3s and Ian Clark scored 21 off the bench, while Draymond Green dished out 11 assists to go with nine boards and five points in the Warriors' ninth straight victory.

Rookie No. 2 overall draft pick Brandon Ingram scored a career-best 16 points in his first start for Los Angeles, which had no answers defensively as Golden State shot 61.6 percent with 19 3-pointers.

Warriors coach Steve Kerr has repeatedly noted it might take time for his team to really click, yet at 15 games in Golden State was in top form - at least for one spectacular night of basketball.

And first-year Lakers coach Luke Walton had to watch the onslaught from the other side this time. The former top assistant for Golden State returned to Oracle Arena and saw his old guys thoroughly dominate a young, beat-up Los Angeles squad that got more bad injury news regarding point guard D'Angelo Russell's knee injury.

Walton spent the first 43 games last season as Golden State interim coach while eventual Coach of the Year Kerr took a prolonged leave of absence dealing with complications following two back surgeries. Walton guided the Warriors to a record 24-0 start and 39-4 overall record while in charge.

Golden State's assists were their most since getting 45 against Minnesota on April 1, 1994.

Curry shot 11 of 18 and 7 for 12 from beyond the arc. The two-time reigning MVP already set the single-season 3-point record with 13 on the way to 46 points in a Nov. 7 win against New Orleans - three days after going 0 for 10 from long range against the Lakers to have his streak with at least one 3 snapped at 157 regular-season games.