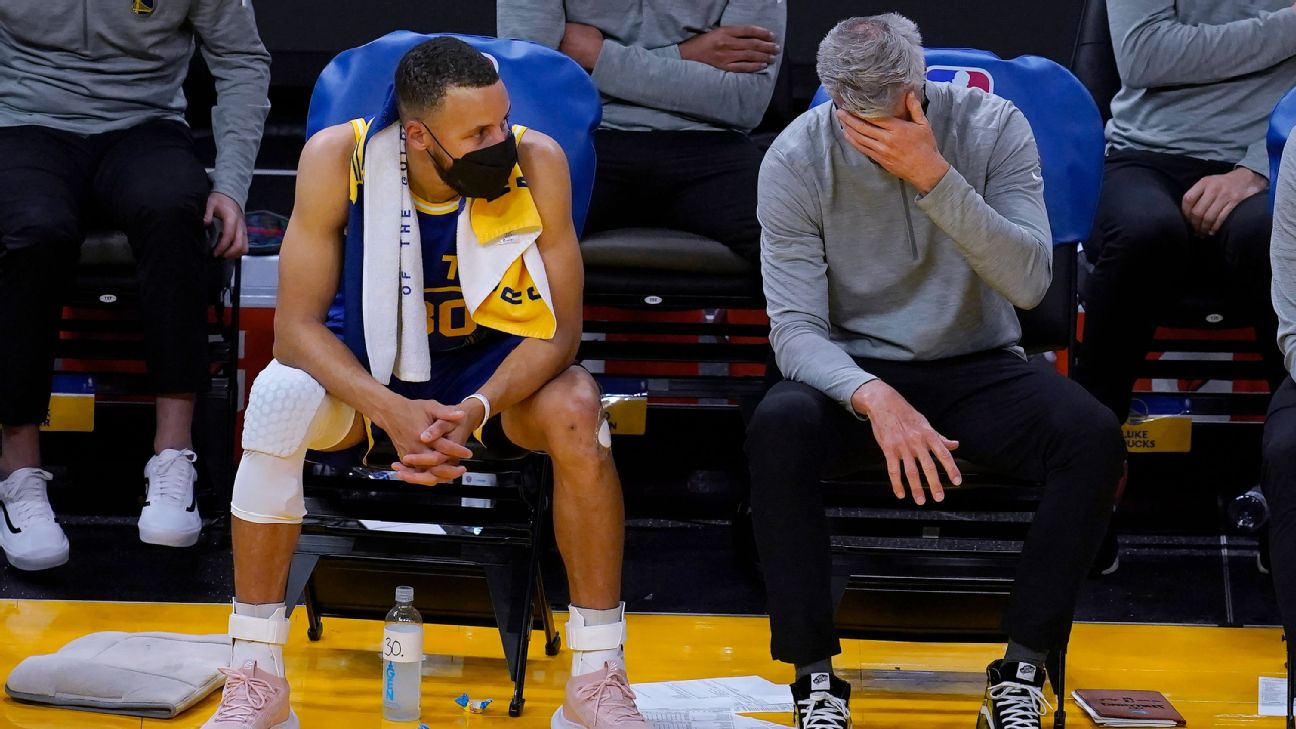 The Golden State Warriors were stuck on 12 points for 9 minutes and 38 seconds, the NBA's longest scoring drought in almost a dozen years, during a 133-103 loss to the Dallas Mavericks on Tuesday.

The visiting Mavs scored 28 points during that stretch, matching the second-biggest scoring run in the NBA over the past two decades, according to Elias Sports Bureau data, behind only a 29-0 run by the Cleveland Cavaliers against the Milwaukee Bucks on Dec. 6, 2009. The New York Knicks also had a 28-0 run against the Toronto Raptors on Nov. 22, 2017.


"You want to turn the page," Warriors star Stephen Curry said. "You understand that the Mavs are a talented team -- they get paid to play basketball just like we do and some nights it looks like they get paid more across the board. So it's just a matter of us trying to remember who we are, remember our identity, not dwell on it too long, and find a way to keep our confidence and who we've shown ourselves to be this last little stretch."

The Warriors' drought started after Curry hit a 31-foot step-back 3-pointer to give Golden State a 12-11 lead with 8:40 remaining in the first quarter. Golden State didn't score again until a Jordan Poole3 a minute into the second quarter.

The Warriors missed 18 consecutive shots, including nine 3-point attempts. Golden State did not attempt a free throw during the scoreless stretch of more than nine minutes. The Mavs were 8-of-18 from the floor, 5-of-7 from 3-point range and 7-of-7 from the free throw line during the span.

The blowout significantly reduced any realistic hope the Warriors had of playing their way out of the Western Conference's play-in tournament. The 34-27 Mavs stayed in sixth place in the West standings with the win, a game ahead of the Portland Trail Blazers and 3 games over the 10th-place Warriors. Dallas also claimed the tiebreaker over Golden State.

"Biggest game of the year and it was over before it started," Kerr said. "Really, really disappointing. We've got a young team. Of the guys who were out there tonight, I think we have only three guys who were in the playoffs. Tonight was kind of like a playoff game for Dallas. They lost last night. They knew we were on their heels.

Dallas had a 62-29 halftime lead, which was the Warriors' lowest-scoring half during Kerr's coaching tenure that started in 2014-15, according to ESPN Stats & Information research.

"Everybody was pissed off because we didn't play the right way yesterday," said Mavs star Luka Doncic, who had 39 points and eight assists in 28 minutes before sitting out the fourth quarter. "I think that was it."

Dallas' dominant performance came on the heels of a 113-106 loss to the Sacramento Kings on Monday. The Mavericks fell behind 20-3 to start that game, prompting Doncic to wonder why the Mavs struggled to play with energy so often.

"It was the complete opposite from yesterday," Mavs power forward Maxi Kleber said. "It just felt crazy. They couldn't make any shots. We stepped out with the right energy, for sure, but they didn't make any shots, even open ones." 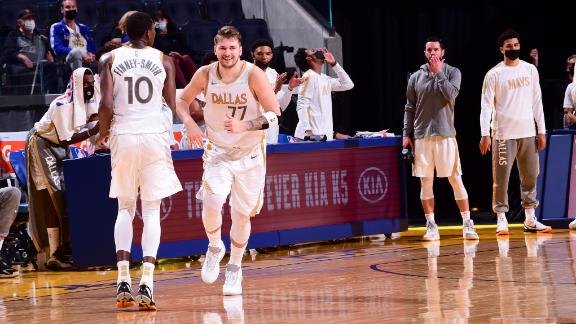