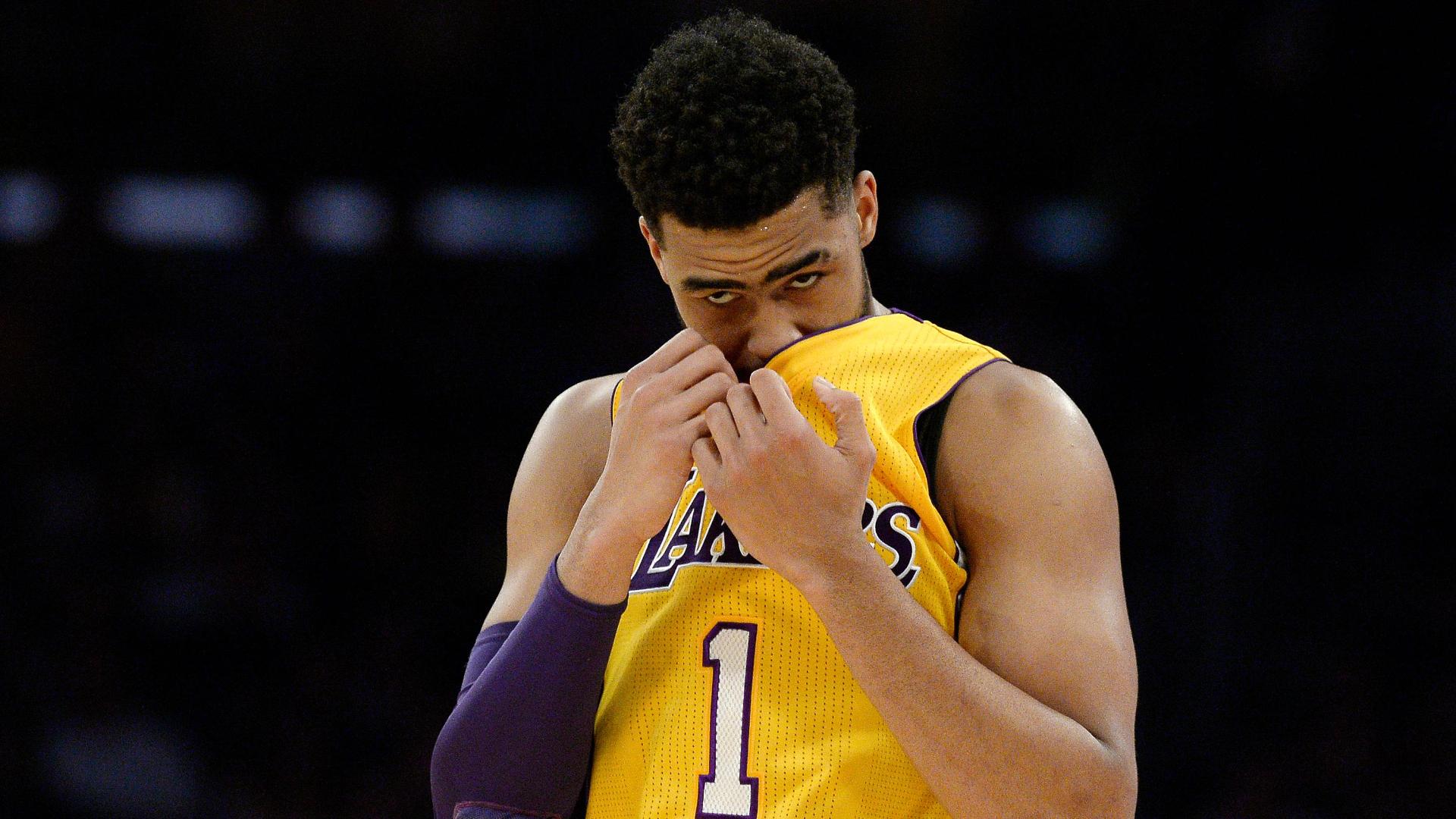 Los Angeles Lakers rookie D'Angelo Russell offered an apology one day after ESPN reported a rift that has developed between the point guard and his teammates after a video he took of Nick Young made its way to social media.

Addressing the media for the first time Wednesday, Russell said he's "sick" over the situation.

"I feel as sick as possible," Russell said in a news conference before the team's 102-100 overtime win against the Heat. "Been asked 110 times, and my answer and feeling stay same."

Russell was booed by the home crowd when he was announced in Wednesday's starting lineup, a reaction he said after the game that he expected.

"I can't really show my face anywhere without people hating me right now," Russell said after the game. "I don't know. I try to handle it the right way and remember why I'm here, which is to play basketball."

Prior to the game, Russell said he regrets the whole situation and that he wishes he "could make things better right away, but I can't."

The video, which is believed to have come to light last week via the Twitter account of a celebrity gossip site, shows Russell filming Young while asking questions about Young being with other women than his current partner. Young and Australian rapper Iggy Azalea announced their engagement in June.

Russell said he feels like he has put Young's personal life in jeopardy.

"Honestly, I do," he said. "I've always been known as a guy that plays around a lot, and he has been, too. To be around somebody that's similar, with the same similar characteristics, is different. He's one of the guys that I've always talked to about anything, and I cherished our friendship. For me to have an incident like this come up and put it in jeopardy is not what I was intending to do."

Russell, 20, said he has apologized to Young for the incident.

"I reached out to [Young], let him know my apologies," Russell said. "I don't know if they were accepted. I wouldn't blame him [if he didn't]."

Young talked to the media in a separate news conference held shortly before Russell spoke. Young, who did not take questions, said he didn't want to get into his personal life.

"I think it's best that me and D'Angelo handle the situation we have in a private manner outside the media," Young said. "I think it's something we really do need to sit down and talk about. That's about it. What happened is what happened. We've got to work on it."

Lakers coach Byron Scott, who has been questioned this season for his handling of Russell, said discord is common on teams but that he's disappointed the situation became public.

"I've experienced that and more as a player," he said. "You get in fights with teammates -- pushing matches and shoving matches, shouting matches -- but again, you deal with it internally, and you get past it because the bottom line it's all about the team. I've played with guys I didn't like as people, but they were my teammates and you deal with that. You don't have to necessarily have to like each other to be on a team and get along when it's for the team. Everybody's different as far as teammates go. The only thing I'm disappointed about is, we didn't handle it internally without it getting out."

Russell said he has "no clue" how the video suddenly became public, and he maintained that the video's release wasn't part of a prank.

"No. It wasn't my intention," he said. "We joked around, played around all the time, said crazy things, and this just got in the wrong hands. It wasn't a prank. It wasn't something for everyone else to see. It was for my eyes, his eyes only. That was it."

The Lakers consider Russell to be a key part of their future after selecting him with the No. 2 overall pick in last year's draft, and they raved about his "superstar" potential on the night they drafted him. Even Scott, whose handling of Russell this year has been scrutinized, came into the season speaking of Russell in the same breath as Lakers legend Magic Johnson when describing his court vision.

Though Wednesday's win improved the team's record to 16-59, the Lakers have struggled all season on the court, and now off-the-court drama has made trust an issue.

"If I've lost anyone's trust, I'm going to work my tail off to get it back," said Russell, who had 16 points, 4 rebounds and 1 assist against the Heat. "It's something you need [to be] a winning team."

Veteran guardKobe Bryantsaid after the game that he thinks Russell will ultimately get past this and that the team will be understanding.

"I had a chance to talk to him earlier today. All I can do is just do my best Yoda impersonations and give him that kind of sage advice, I guess. One day pass, this shall -- or something like that."

"Adversity is always tough, especially with a group of young guys," Bryant added. "There's always light, even when it's the darkest. Even when you can't see it at all."

Scott said he believes trust will definitely be an issue for Russell.

"Absolutely," he said. "But again, we're dealing with young guys, so you're going to have issues dealing with trust or chemistry or whatever the case may be."

Russell, however, said that while things aren't great between himself and his teammates, he doesn't feel isolated.

"Nah, I wouldn't necessarily say that," he said. "There's been a bad vibe, but we're human. So everybody has two cents to say. We've just got to clear the air, I guess."

"At this point, the damage is done," Russell said. "Best you can do is own up to it."

Information from ESPN.com's Baxter Holmes and Marc Stein contributed to this report.

Russell: 'I wish I could make things better right away'
Lakers guard D'Angelo Russell addresses the video that created a rift between him and Nick Young. 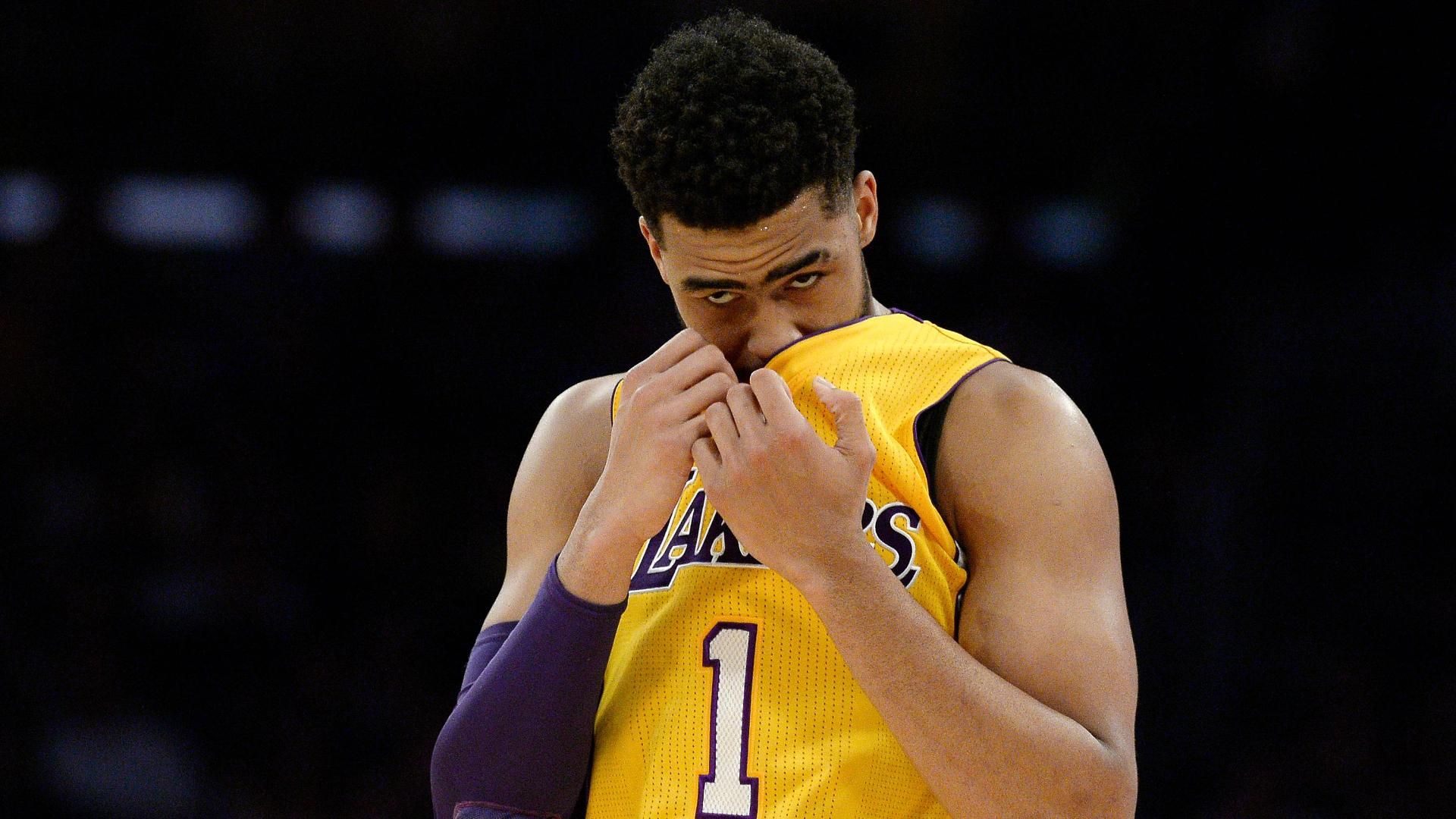