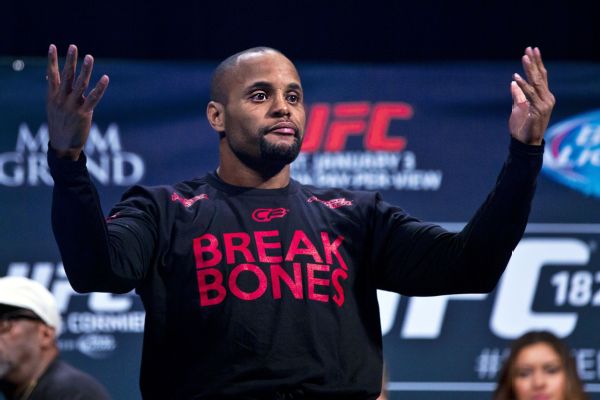 UFC light heavyweight champion Daniel Cormier will attempt to defend his title against Anthony Johnson at UFC 210 on April 8 in Buffalo, New York.

Cormier (18-1) is looking to record the second defense of his 205-pound title. He has not made an official defense since October 2015, due to various issues.

He was supposed to defend the belt against Jon Jones at UFC 200 in July, but Jones was removed from the event days before due to a doping violation. Cormier was then scheduled to make a defense against Johnson at UFC 206 last month in Toronto but was forced to pull out of the fight with an injured knee.

Johnson (22-5) is currently riding a streak of three consecutive knockouts, including a 13-second drubbing of former title challenger Glover Teixeira in August. Fighting out of Boca Raton, Florida, Johnson is 6-1 as a UFC light heavyweight.

The championship tilt is a rematch of a fight that took place in May 2015, when Cormier submitted Johnson via rear-naked choke for the vacant light heavyweight title. Prior to that fight, the UFC had stripped the previous champion, Jones, due to legal issues.
Related topics:
sportsespnmmaufcdaniel cormieranthony johnsonufc 210
Copyright © 2021 ESPN Internet Ventures. All rights reserved.
More Videos
From CNN Newsource affiliates
TOP STORIES