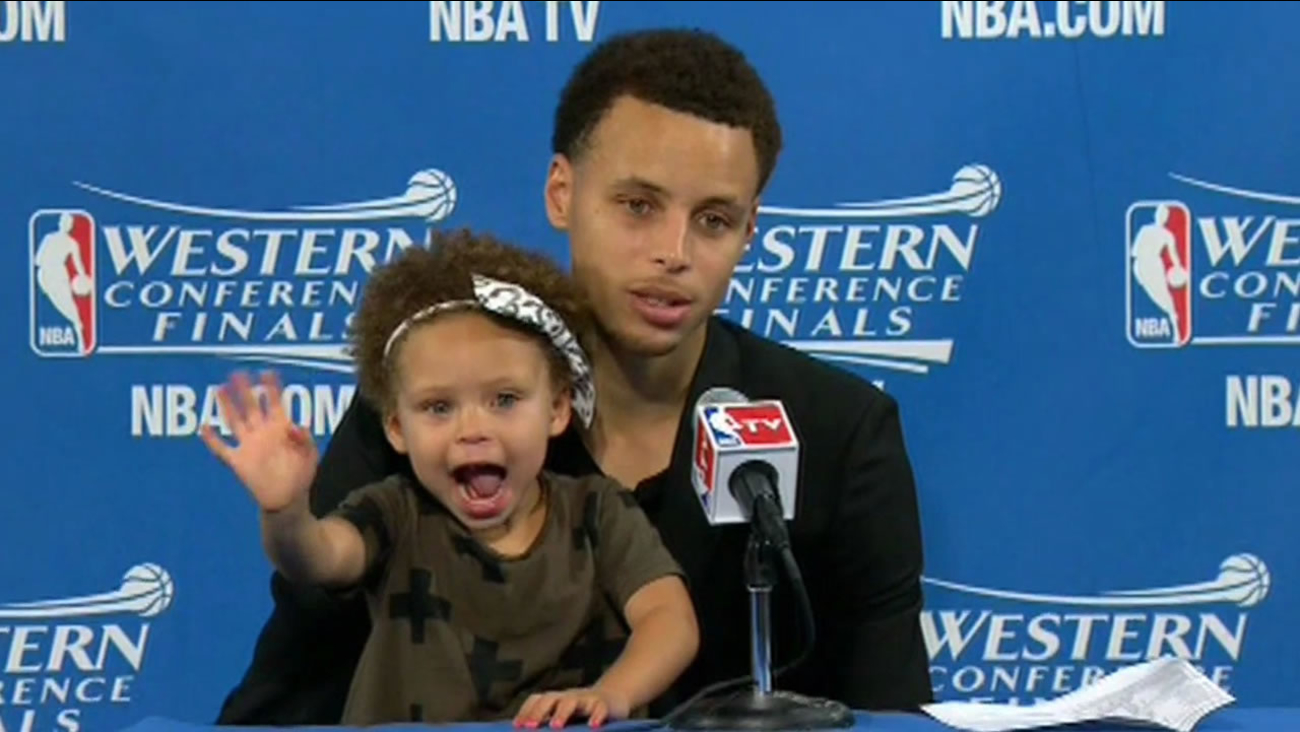 OAKLAND, Calif. (KGO) -- It happened a week ago, but the actions of Golden State Warriors guard Steph Curry's 2-year-old daughter are still being debated.


Little Riley Curry won hearts, but her dad received some criticism for bringing her to his news conference after Game 1 of the Western Conference finals against the Houston Rockets.

Charles Barkley, the NBA Hall of Famer and outspoken commentator on TNT, is now weighing in. He says he doesn't think it's a big deal, but would prefer that players not bring their kids to news conferences, inferring that they get in the way of reporters doing their jobs.

Curry brought his daughter with him to the podium after the game. And just like her dad, she scored points right away, but this time with her charm and playful personality.

While the Warriors guard talked about the team's 110-106 win, Riley squirmed and told him, "Get to work, daddy."

The unstoppable toddler sat on her father's lap while waving to the crowd and dropping hints that it was past her bedtime.

Riley Curry has a message for you. https://t.co/zLsXfrAtbG

At one point, she crawled underneath the table and peeked at reporters from under the tablecloth.

One reporter tweeted that kids don't belong at news conferences, then deleted his message and sent a new one the next day. 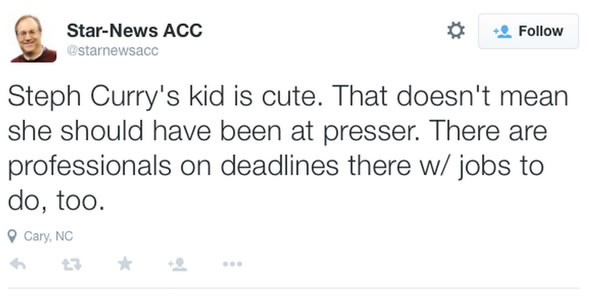 One reporter tweeted that kids do not belong at the Warriors press conference that took place on Tuesday, May 19, 2015. The tweet was later deleted.

Ah Twitter. If people don't agree w/ you, they call you names & throw out cliches like "get off my lawn." So much for intelligent discussion

What do you think? Is it okay for kids to be a sports news conferences? Let us know in the comments below!