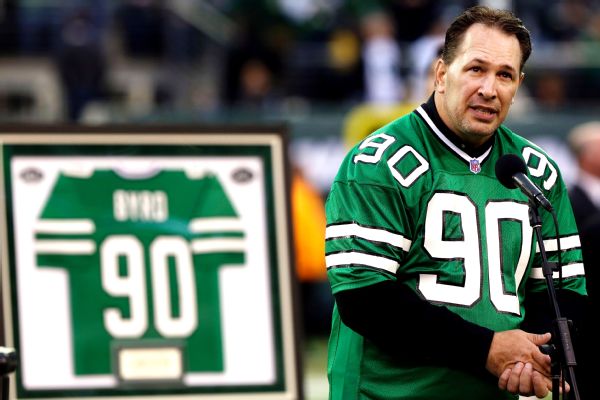 Some of Dennis Byrd's former New York Jets teammates believe he may have suffered from CTE, and at least two of them have suggested to his widow that she donate his brain to the Boston University clinic that studies the brain disease.

Byrd, 50, was killed Saturday in a two-car collision about 30 miles outside Tulsa, Oklahoma. His football career ended in 1992, when he was temporarily paralyzed due to a broken neck.

For years, Byrd's former teammates had expressed concern about his behavior. He became detached from his closest friends on the team, not returning calls or messages. They also became aware of strife in his personal life.

"We were talking to (his wife) Angie, and we think it would be a good idea to have his brain donated," former teammate Marvin Washington said Monday in a phone interview. "To me, it seems like a classic case of CTE, with the mood swings and behavioral issues.

"That wasn't the Dennis I know and loved; it was the disease he had. I'm just trying to connect the dots. If you look back at Dave Duerson and Junior Seau, those were good guys, too, but they were human on and off the field."

"It's entered my mind because of how detached he became," Lageman said by phone. "But I also know that was Dennis anyway. Even in the early years, he isolated a little. Later on, he definitely got to the farther end of it.

Drafted in 1989, Byrd played the defensive line for three-plus seasons in the NFL. On Nov. 29, 1992, he collided with teammate Scott Mersereau while trying to sack Kansas City Chiefs quarterback Dave Krieg.

Byrd suffered significant damage to his upper spine, but he regained the ability to walk -- albeit with a pronounced limp -- and he became an inspirational story. After a few years in the limelight -- he was a motivational speaker and a color analyst for CBS -- he retreated to a quiet life in his native Oklahoma.

Aside from an emotional speech to the Jets on the eve of a playoff win in January 2011, and an appearance at MetLife Stadium in 2012 to have his number retired, Byrd lost touch with the organization.

Teammates expressed frustration over the years because they couldn't reach him. The frustration turned to concern.

"I don't want to take away from who Dennis Byrd was -- he was a light, he was good energy -- but players go through things," said Washington, who played 11 years and plans to donate his brain to research. "Whatever struggles he was going through, I'd like to connect the dots."

On Saturday, Byrd was pronounced dead at the scene due to massive injuries. A 17-year-old from Claremore, Oklahoma, was driving a 2000 Ford Explorer northbound on Oklahoma 88 and veered into the oncoming lane, striking the Hummer H2 driven by Byrd, according to the Oklahoma Highway Patrol.

Byrd was accompanied by his 12-year-old, Zach, who underwent surgery to repair a broken leg, according to family friends. Despite their detachment from Byrd, his former teammates were overcome with shock and sadness upon hearing the news.

"The best way to describe Dennis is, if he could come back and talk to one person, he'd want to talk to that 17-year-old," Lageman said. "He'd tell (the other drive) that he's not angry and that, 'Hey, it's OK.' That's the greatest statement anyone could say about Dennis.

Washington added, "If it comes out that he had CTE, why? Why? He was such a good person. ... To die this way, after what happened in 1992, he didn't deserve this. He deserved a full life. It's not for me to question it, but I'm questioning it. Dennis was one of the good guys. To be taken like that, it actually pisses me off. It's sad and it's frustrating and I'm angry."

The Jets are formulating plans to honor Byrd's memory during the home game Sunday against the Baltimore Ravens. 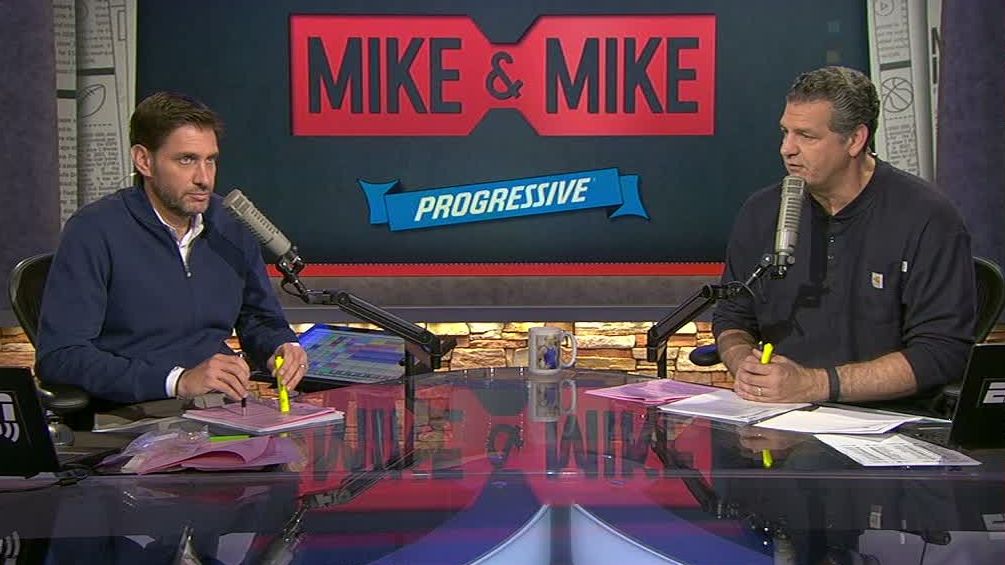