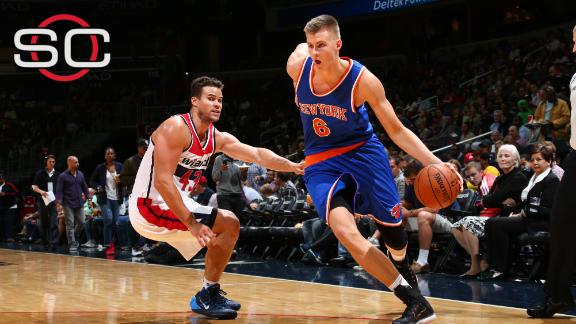 Porzingis will start alongside Jose Calderon, Arron Afflalo, Carmelo Anthony and Robin Lopez in the Knicks' preseason finale against Boston on Thursday.

Barring something unforeseen at this point, Fisher would like to use that lineup in the Knicks' season-opening game next Wednesday against the Milwaukee Bucks.

"Overall health should allow us tomorrow to play in a way that would be consistent with how we'll start the season in terms of rotation," Fisher said after Wednesday's practice.

The Knicks selected Porzingis with the fourth overall pick in June and have been pleased with his development thus far.

The 7-3 forward has averaged 7.3 points on 34 percent shooting in three games. He's knocked down 43 percent of his 3-point attempts and grabbed 5.3 rebounds per game.

Porzingis missed several practices and two games due to a knee injury, but the 20-year-old said Wednesday that the injury was no longer an issue.

"I'm getting some work done in the weight room, just working on those things so I can avoid those little injuries," he said. "I'm totally fine, totally healthy."

The Knicks hope that Porzingis and a healthy Anthony -- whose 2014-15 season was cut short by knee surgery last February -- can help them take a step forward after a franchise-worst 17-win season last year.

Fisher likes the size of the starting front line of Anthony, Porzingis and Lopez, whom the Knicks signed to a four-year, $54 million deal in the offseason.

"I think the defense has to respect each of those guys for who they are and what they can do on the floor," Fisher said of the starting five. "Potentially, it's a group of guys that can be at the end of a game as well. I think it's really important for us to find five guys that are comfortable with end game situations." 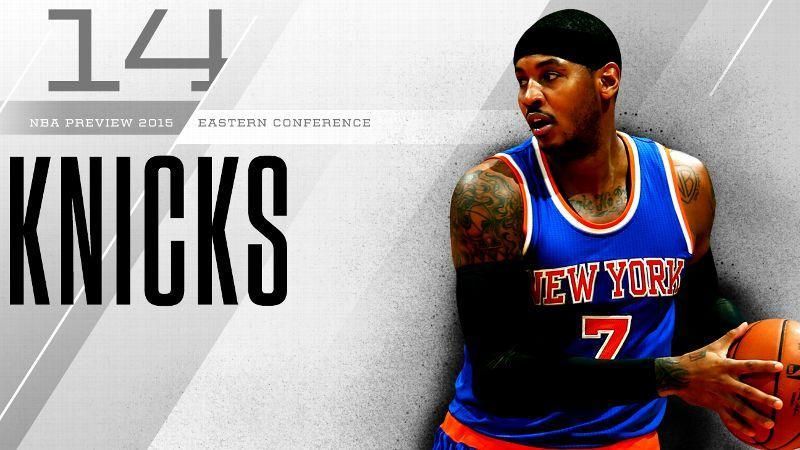