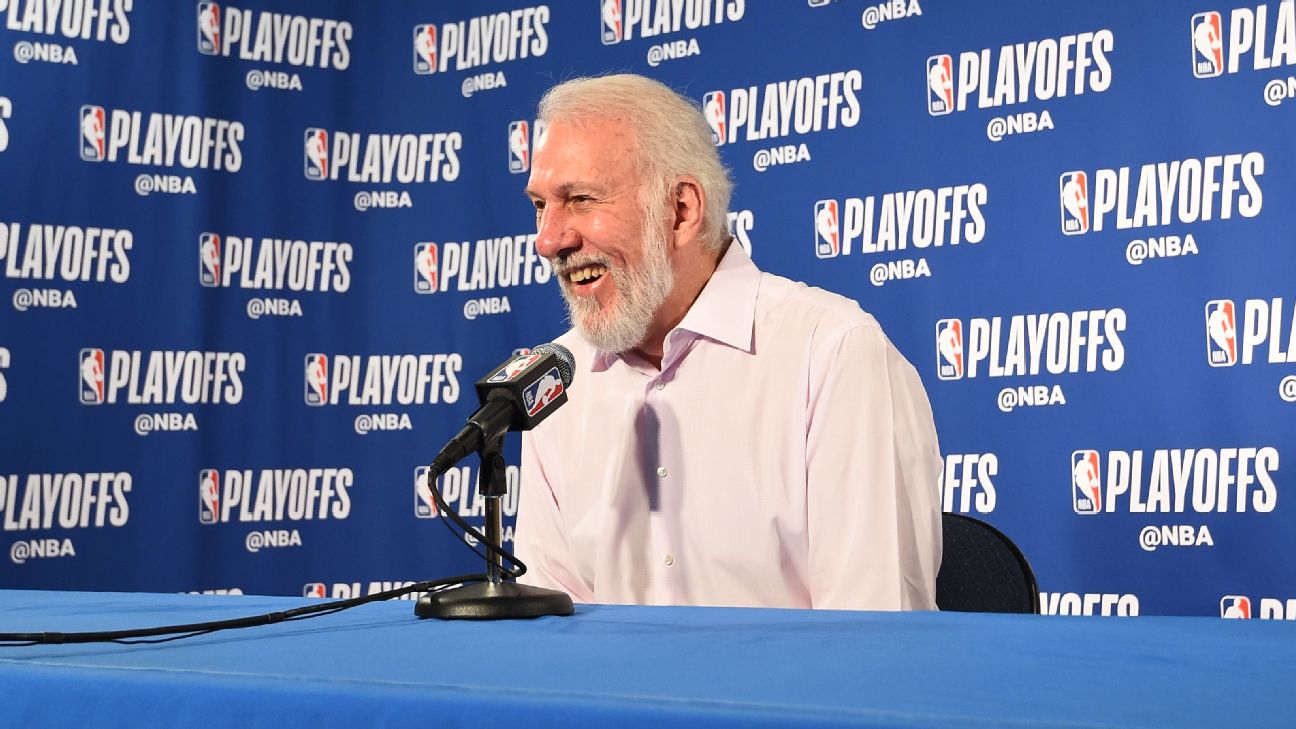 OAKLAND, Calif. -- The short-handed San Antonio Spurs thought they had adequately prepared for Game 1 of the Western Conference playoffs against theGolden State Warriors, but coach Gregg Popovich expressed surprise and disappointment Saturday in a squad he said "looked like a deer in headlights" in a 113-92 loss.

"I thought we were very prepared physically and mentally," Popovich said. "But I was mistaken. As I said, we looked like deer in the headlights. The defense was really poor as far as following game plan of the first quarter, and it's a bad combination to play defense like that and not shoot at the other end."

The Spurs connected on a paltry 40 percent of their shots from the field and struggled against a Warriors starting lineup of Andre Iguodala, Klay Thompson, Kevin Durant, Draymond Green and JaVale McGee, which hadn't played any minutes together during the regular season.

"That's fair enough. Hats off to Golden State," Murray said. "They did what they're supposed to do, which is protect home court. They won the first game. I think we came out not mentally prepared. As a group, there could be four guys prepared and one not prepared, but at the end of the day, it's a group. When you've got one half prepared and one half not prepared, it doesn't work. I thought we were not mentally prepared. They made shots and they executed and they did what they did."

Veteran guard Danny Green characterized the Spurs as "overly excited," having made the postseason for the 21st consecutive year despite a turbulent season rife with highs and lows and competing without their best player in two-time All-Star forward Kawhi Leonard.

"We had a lot of juices flowing, adrenaline rushing," Green said. "Some were a little bit strong. We were overreacting to a lot of things because we're so excited we're in the playoffs and playing the best team in the world."

San Antonio entered the postseason considering itself an underdog against the defending champion Warriors. Having shouldered the offensive load for the entire season with Leonard out of the picture, power forward LaMarcus Aldridge struggled, scoring 14 points on 5-of-12 shooting.

Aldridge said the extra attention applied by Golden State's defense caused him to "overthink" things. The Spurs finished with an efficiency rating of 38 percent in the paint but received only 13 opportunities with a player getting his first touch of a possession in the paint, which registered as 16 fewer chances than the Warriors. San Antonio took only eight shots in the paint, according to Second Spectrum.

"We've got to regroup, feel hurt, upset, kind of desperate," veteran guard Manu Ginobili said. "We don't want to go home [down] 0-2. But at the same time, we've got to be smarter. Offensively, we're going to have to move the ball better, sharper, be more aggressive and see what happens.

"We are underdogs. We've talked about it. To get a win here, we've got to overachieve. We've got to do better than we think we can do [to] even [the series]. So we'll fight as hard as we can in Game 2."