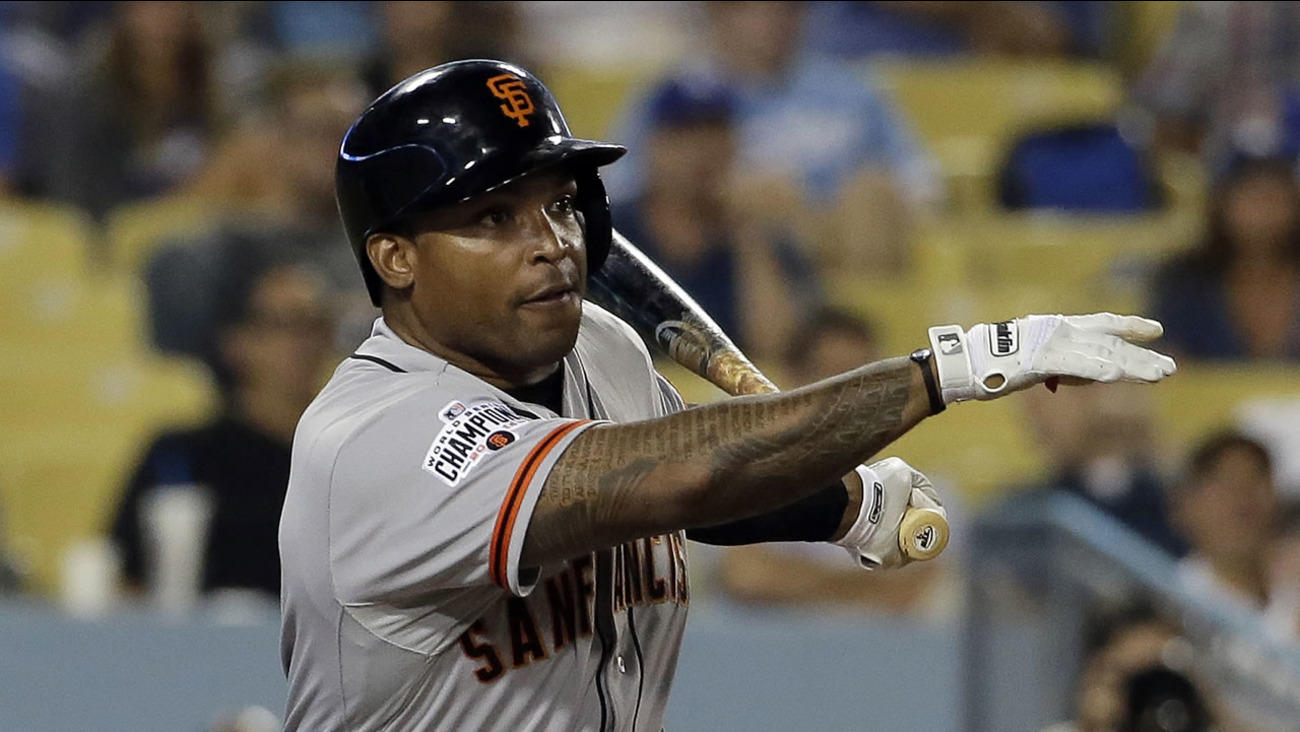 LOS ANGELES -- Adrian Gonzalez singled in the winning run with the bases loaded in the 14th inning, lifting the Los Angeles Dodgers over the San Francisco Giants 5-4 early Tuesday in the opener of a crucial series between the NL West's top two teams.

The first-place Dodgers' lead increased to 4 games over their second-place rivals after the longest game by innings for both teams this season.

Giants reliever Mike Broadway (0-1) started his first inning of relief by walking A.J. Ellis and then gave up consecutive singles to Jimmy Rollins and Chase Utley to load the bases. Gonzalez followed with a single to deep left field, ending the 5-hour, 29-minute game that started in August and ended in September.

The Dodgers won for just the fourth time in 13 games against the Giants this season, a day after getting no-hit by Jake Arrieta of the Chicago Cubs, the second time it happened in 10 days.
Related topics:
sportssan francisco giantsmlbbaseballlos angeles dodgers
Copyright © 2021 by The Associated Press. All Rights Reserved.
More Videos
From CNN Newsource affiliates
TOP STORIES