Domingue has 39 saves in Coyotes' 3-2 win over Sharks 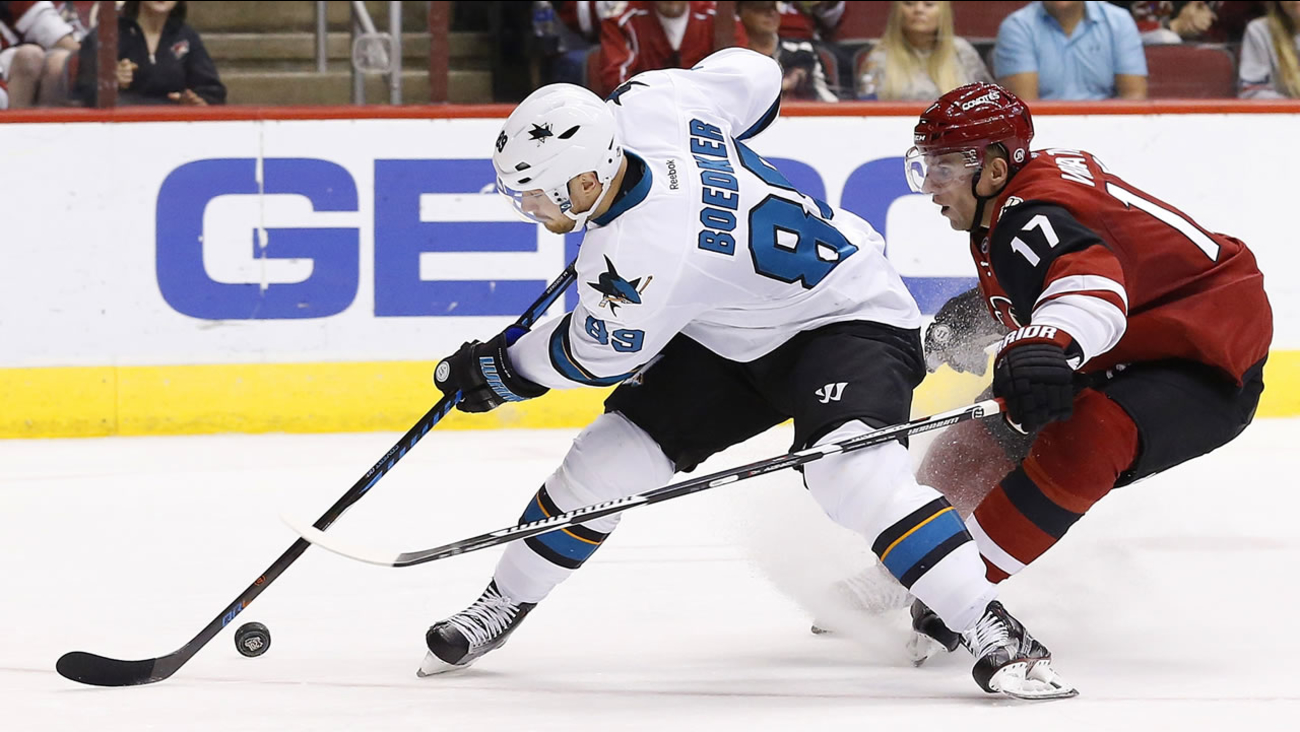 The Sharks jumped on the struggling Coyotes early on Patrick Marleau's first-period goal, but Arizona responded with three goals in the second period to win for the second time in eight games.

Lawson Crouse scored his first NHL goal in his sixth game, and Jamie McGinn also scored for the Coyotes, who had nine different players with a point.

Mikkel Boedker scored with 11.9 seconds left in his return to Arizona after the Sharks pulled goalie Martin Jones.

Jones had 27 saves after stopping 70 of 73 shots during San Jose's three-game winning streak heading into Tuesday.

The Coyotes have struggled since a season-opening victory against Philadelphia, losing five games on a six-game road trip and 3-2 to Colorado on Saturday in their return home.

Arizona's biggest problem is losing close games; its last four games were lost by a goal.

The Coyotes kept it from getting to that point by swarming the Sharks in the second period.

Marleau scored by keeping the puck on a 2-on-1 rush and wristing it past Domingue.

It was all Coyotes after that.

Richardson answered early in the second period, grabbing a loose puck in the corner and taking it without much resistance to the crease, where he beat Jones for his fourth of the season. Crouse scored 68 seconds later, deflecting a point shot by Kevin Connauton past Jones.

McGinn made it 3-1 by whipping a shot from above the left circle to the top corner of the goal through a screen by teammate Anthony Duclair.

Domingue preserved the two-goal lead with 5 seconds left in the period, doing the splits to make a snatching glove save on Brenden Dillon's shot from the slot.