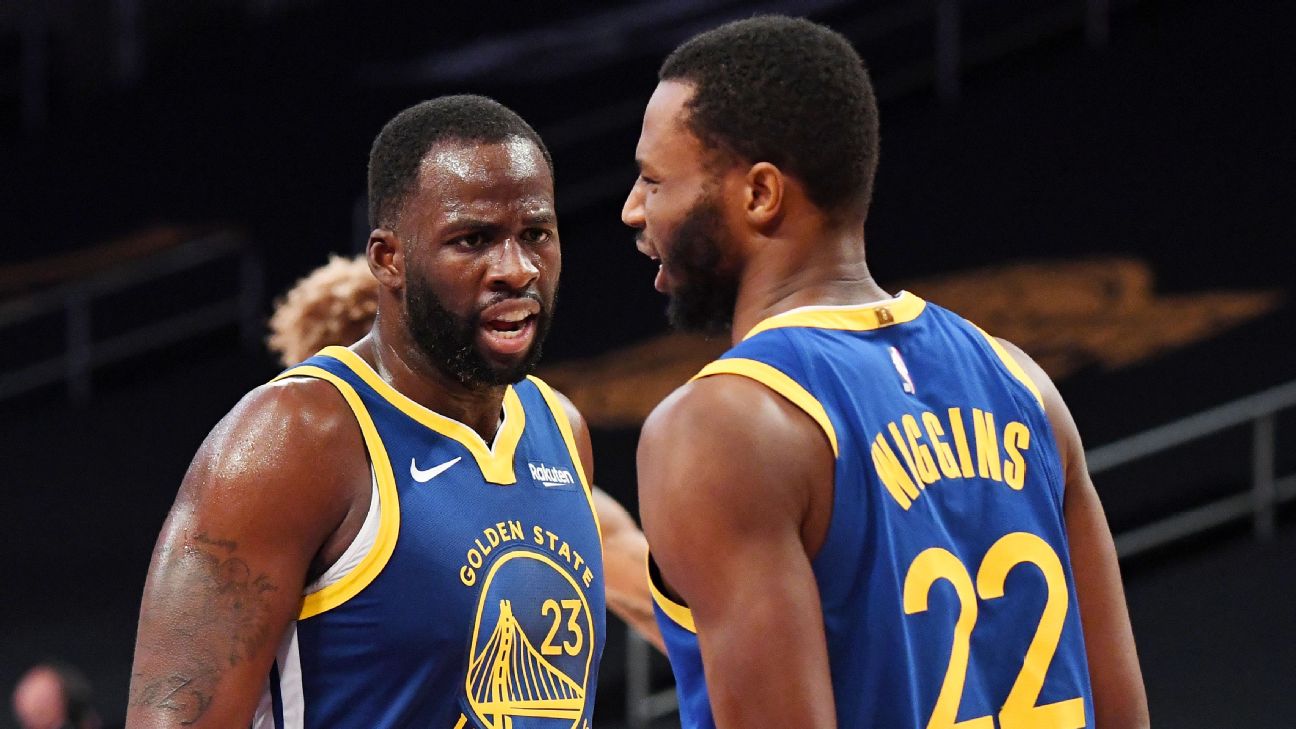 SAN FRANCISCO -- Golden State Warriors forward Draymond Green said Thursday that he does not feel like it's his place to push the COVID-19 vaccine on teammate Andrew Wiggins.

Speaking for the first time since training camp began, Green made it clear that even as a leader of the Warriors, he is not going to use his influence to try to convince Wiggins, who to this point has been hesitant, to get vaccinated.

What compounds the issue for both Wiggins and the Warriors is that the San Francisco Department of Public Health said recently that there would be no exemption for anyone 12 and older at large indoor gatherings. The NBA said earlier this week that players who do not comply with local vaccination mandates won't be paid for games they miss.

During Monday's media day, Wiggins would not elaborate on the reasoning behind his stance, saying that it was his problem that he might lose a substantial amount of money, not reporters'. The NBA recently declined Wiggins' request for a religious exemption.

"And for someone who's not extremely into politics, when you make something so political and not everyone is into politics, then you can also turn those people off," Green said Thursday. "I think you have to honor people's feelings and their own personal beliefs. And I think that's been lost when it comes to vaccinated and non-vaccinated. ... You say we live in the land of the free -- well, you're not giving anyone freedom because you're making people do something essentially without making them, you're making them do something. And that goes against everything America stands for, supposedly stands for."

Green, who had been excused from the first two days of training camp for personal reasons, spoke passionately on several topics during a 30-minute session with the media, but it was Wiggins' decision that sparked a long defense from Green. Warriors coach Steve Kerr said Thursday that there was no update on Wiggins' status after the day's practice.

"I'm not in any position to tell him what he should or should not be doing," Green said. "And as a leader of his team, I'm not going to go to him and say, 'Hey man, we really need ... .' No, you do what you feel. I'm not going to go and ask him did he get a polio vaccine? So why would I go ask him if he got a COVID vaccine? ... It's not my place or my business on whether he gets vaccinated or not -- it's your own personal choice at the end of the day what you do with your body. It's not my place to tell him what he should or shouldn't do with his. Because he's not going to come tell me what I should do with my body."


Green also was asked about an episode this summer of his Bleacher Report podcast, "Chips," in which he and former teammate Kevin Durant blamed Kerr and Warriors general manager Bob Myers for the way in which the pair's relationship frayed following a heated exchange during a November 2018 game against theLos Angeles Clippers. Many fans blamed Green for Durant's departure, pointing to the emotional breakdown between the friends, but Green and Durant said they felt the situation could have been handled better by management.

Green was asked specifically whether he felt his relationship with Kerr and Myers was any different now than it was before the podcast episode.

"I don't know," Green said. "I don't think it's any different than it was before. As far as blaming someone, I wouldn't necessarily say I blamed anyone, I kind of just told my side of the story. You had never heard it before, really. Bits and pieces of it, but you had never heard me just really truly talk about it in depth -- and you definitely hadn't heard me and Kevin talk about it in depth. ... Everybody thinks we've got this extreme hate or some s--- like that, which is probably furthest from the truth that you can be.

"But I think for me personally, I really enjoyed that conversation. Why did I enjoy it? Because it showed a lot of everything that I already believed. Because people really push narratives. ... I say some stuff and [pundits] were like, 'Oh no, they're lying!' Like me and Kevin are lying just because what I said don't really fit their narrative anymore? The whole narrative of, 'Man, Draymond's the reason Kevin left and blah, blah, blah.' When we sat down and talked, their narrative that's been pushed for two or three years was kind of like, 'Damn, your s---'s not accurate.' And I still saw people like, 'No, those two guys are lying! This is what happened!' Huh? ... What the hell do we get out of lying?"

For the time being, Green is focused on the challenge of trying to bring along a slew of young Warriors players in hopes of delivering another title to the organization. In his mind, the goal of winning a championship this season remains the same, despite the uncertainty of how several lottery picks like second-year center James Wisemanand rookies Jonathan Kuminga and Moses Moody fill out the roster.

"That's always a realistic expectation of mine because it's something that I can control," Green said of winning a title. "I can control what I get out on the court and do. And I'm always of the belief that if I go out there and I play great, I can give us a chance to be great. And so, is it a realistic expectation? I don't know. But is it my expectation? Absolutely. You go find me the loser that don't believe coming into the season that they can win, you find yourself the guy that you were looking for, you're looking for a loser. That's always my expectation [to win]." 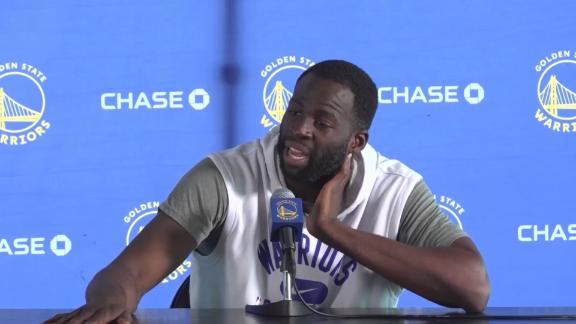