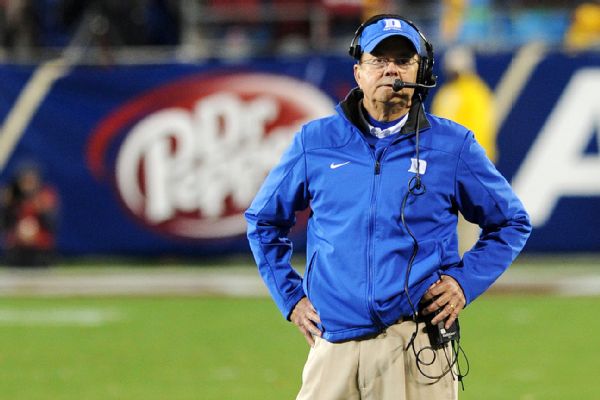 Duke coach David Cutcliffe is pointing a finger at the rulebook, not the officiating, following his team's 24-14 loss to No. 7 Louisville on Friday night.

Cutcliffe's specific complaint came after a roughing-the-kicker call against Blue Devils cornerback Breon Borders late in the fourth quarter allowed the Cardinals to keep the ball and score a touchdown that effectively iced the game.

Had Louisville kicker Evan O'Hara's 46-yard, wide-left miss counted, Duke would have had the ball down 17-14 with two minutes to play. Instead, quarterback Lamar Jackson provided the Cardinals a cushion with a 2-yard touchdown run with 1:32 remaining.

"I think the rule-makers have to look at when a guy leaves a protected area," Cutcliffe said, according to the Louisville Courier-Journal. "I thought [Borders'] angle was perfection, down in front of where the kicker is. I think the guy was able to take a step and get in harm's way.

"I would like the rule-makers to take a look at that, or we're all going to have to stop trying to block an extra point, because I had a perfect angle and [Borders] did exactly what he was coached to do. He couldn't have done it any better."

"I mean obviously it was disappointing to see that we weren't going to get the ball, but, you know, that's how it goes," Jones said, according to the Courier-Journal. "I thought [Borders] took a good angle. ... [But you] can't really put that on a single play when it comes down to a whole game of execution." 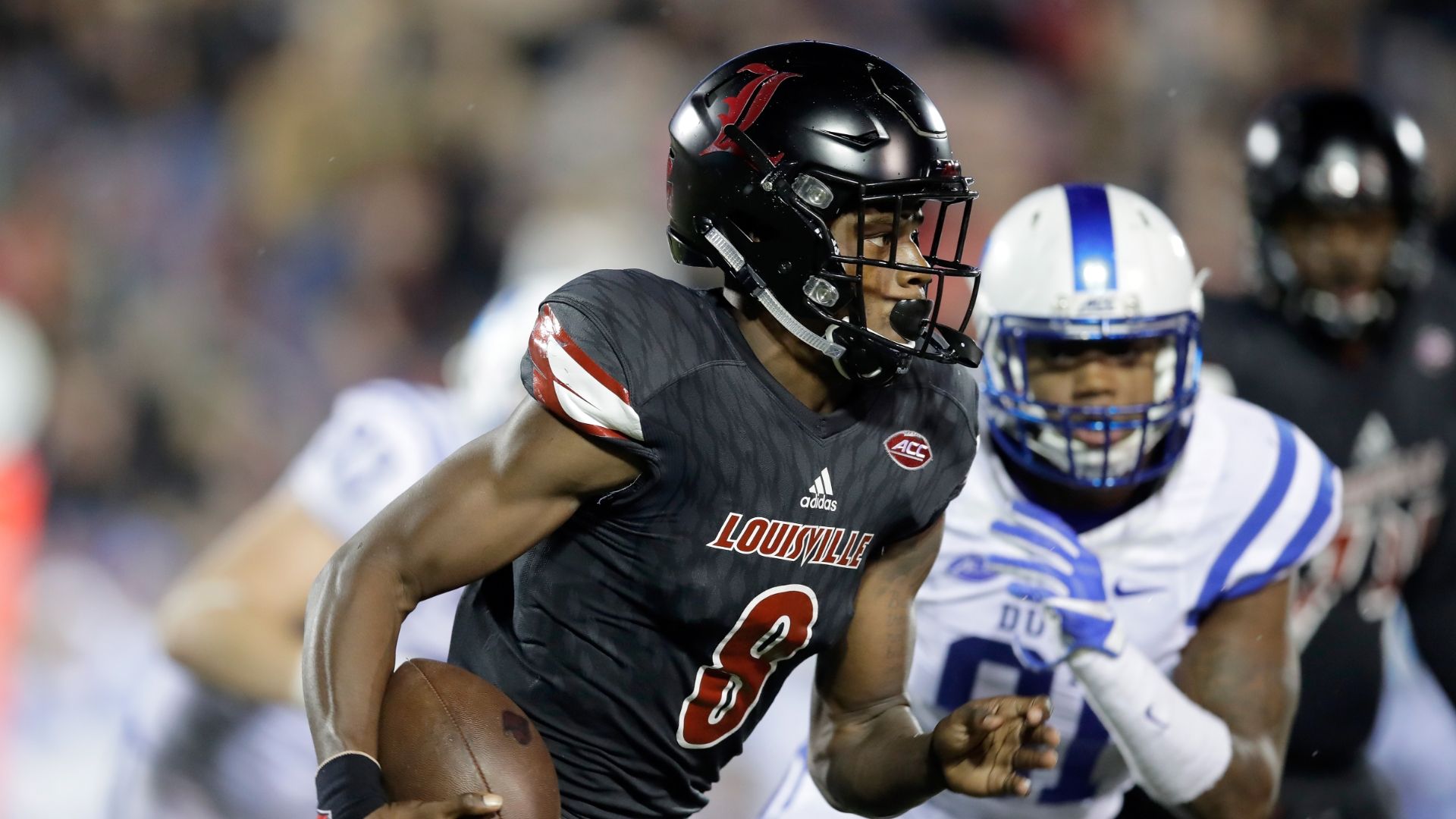