ESPN
By Phil Sheridan
PHILADELPHIA -- Maybe the Eagles' quarterback situation isn't as set as head coach Doug Pederson has made it out to be.

After the Eagles drafted Carson Wentz with the No. 2 overall pick and resolved incumbent Sam Bradford's two-week holdout, Pederson said Bradford would be the Eagles' starting quarterback in 2016. Chase Daniel is No. 2 on the depth chart, Pederson said.

But both of Pederson's coordinators made public comments this week that raise questions about the state of things.

In an appearance on WIP-94.1 FM Wednesday, offensive coordinator Frank Reich said the perception that the order is set is "probably not the right impression."

"But the other thing that -- as coaches -- that you've got to establish is a culture of competition. This is one of the most competitive industries in the world and so, to say that there's not competition, that's just the furthest thing from the truth.

"So I don't see the problem with creating order and competition at the same time, personally. Every one of us as a coach and a player, you're working hard to get better, but in that process you have to establish order and things have a way of working themselves out."

Pederson's comments came in the aftermath of Bradford's two-week holdout. The quarterback, who signed a new two-year contract in March, was unhappy when the Eagles traded up to draft Wentz.

In trying to allow Bradford to return to the team with minimal residual problems, Pederson gave him a vote of confidence. He said Bradford will be starting for the Eagles in 2016.

Jim Schwartz, the Eagles' defensive coordinator, was head coach of the Detroit Lions in 2009. That year, the Lions drafted quarterback Matthew Stafford with the No. 1 pick. Schwartz's approach in 2009? "Don't judge him on somebody else, and then also don't predetermine the results of the race," Schwartz said Tuesday. "Just let him go play. Don't put pressure on him."

Schwartz said he wasn't talking about Wentz and the Eagles.

"We've got enough worries on defense right now," Schwartz said. "But I think that when we drafted Stafford, we just let it play. Was he our best quarterback? Was he ready? Unfortunately, he got hurt both his first and second year, probably from holding the ball a little too long at times. He learned those lessons, and his third year he really, really took off. But I think he had enough command those other years that he was ready to play. We wouldn't have put him on the field otherwise."

Daunte Culpepper was the Lions' veteran quarterback in 2009. Stafford started 10 games, then just three in 2010 because of injuries. He hasn't missed a start since.

It might be that Reich and Schwartz were merely speaking from their experience.

It might be that Pederson's public statements had more to do with keeping "order," as Reich put it, than with his actual thinking.

It might be that after seeing Wentz for a few practices, the coaches' thinking has changed.

The argument in favor of Bradford still holds. The Eagles are paying him $18 million in 2016. That's a lot of money for a backup. And then there is the North Dakota State factor. It's fair to expect Wentz to take a little time to make the adjustment from an FCS program to the NFL.

That was the scenario Pederson laid out. His coordinators offered a glimpse into an alternative plan. 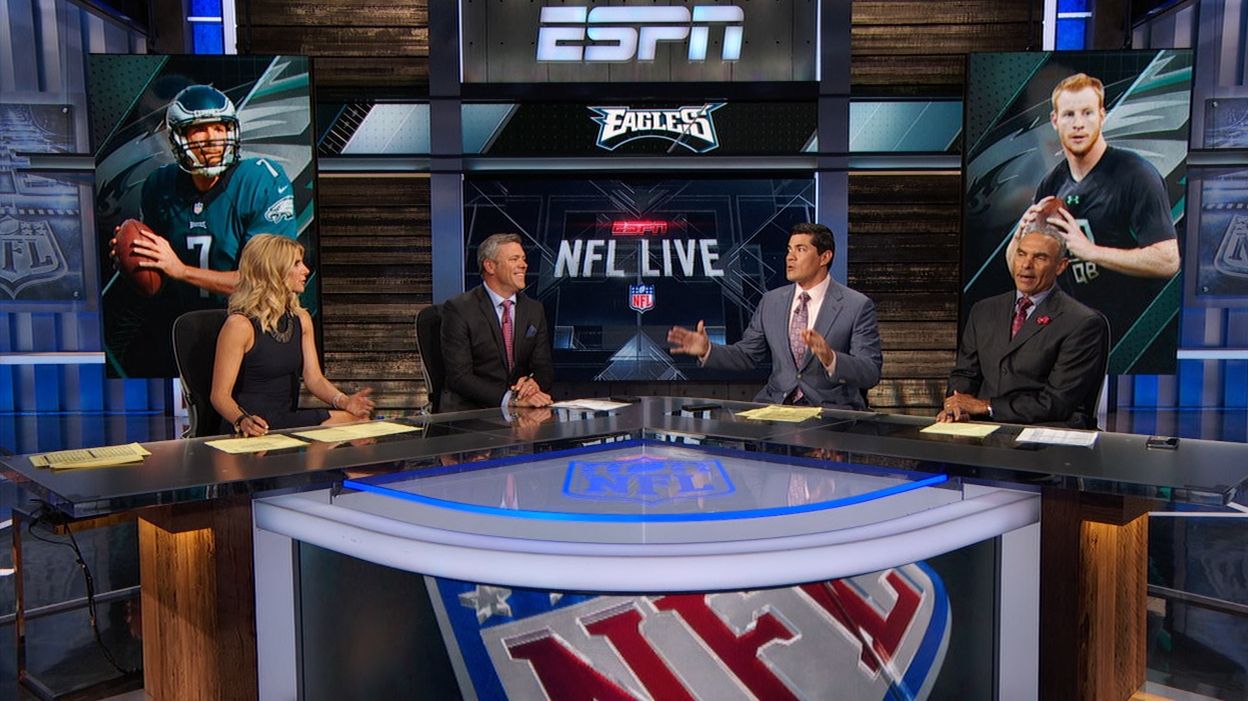