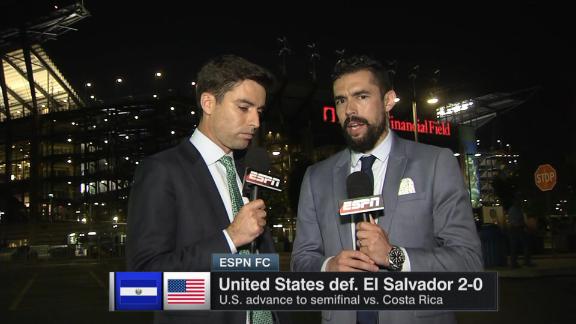 Romero bit U.S. striker Jozy Altidore on the back of his shoulder and twisted his nipple before Cerin bit U.S. defender Omar Gonzalezin the second half of the Americans' 2-0 win Wednesday.

CONCACAF's disciplinary committee announced the sanctions just before the U.S. kicked off its semifinal against Costa Rica.

Asked for his reaction to the decision after the U.S. defeated Costa 2-0 on Saturday, Altidore responded: "Look, it's unfortunate. You don't wish bad on people, but I'm sure [Romero] can tell you, it was a wild play. It's something I'm sure he's not proud of."

The suspensions affect only "official matches," saidCONCACAF, which did not specify the reasons for the ban.

El Salvador have already been eliminated from 2018 World Cup qualifying, so the players are likely to miss the next Copa Centroamericana or qualifiers for the 2022 World Cup when they begin in 2019.