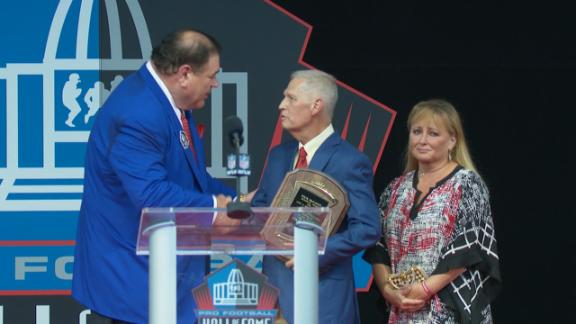 Applause greeted Mortensen, 64, as the Hall of Fame recognized him for making a long and distinguished contribution to pro football through coverage.

"No one is more deserving," ESPN colleague Suzy Kolber said as part of a video presentation as thousands watched from Tom Benson Hall of Fame Stadium.

Mortensen initially made his name in journalism as an investigative reporter for the Atlanta Journal Constitution. In 1988, he became the first sports reporter since Red Smith (1951) to win a George Polk Award. Mortensen continued to build his reputation as an NFL analyst for ESPN over the past 25 years.

Peers in attendance for the Hall of Fame enshrinement ceremonies described Mortensen as thorough, tough, unassuming and exceptional in his ability to earn trust.

"When you were a local reporter, he would come visit your team and you would go, 'I hope I'm not reading about this in the Journal Constitution or hearing about it on ESPN,'" longtime NFL columnist Clark Judge said. "You knew he was going to find out something about the team you covered that you didn't know, even though you were out there every day."

Mortensen became the 48th winner of the McCann Award and the third from ESPN over the past decade, joining John Clayton and Len Pasquarelli.

"Will McDonough was probably the first network NFL insider, but 'Mort' took it to another level and transitioned into the world of everyday news like no other," said Bob Glauber, NFL columnist for Newsday. "He would break a story any day of the week, any day of the year. He was a true trailblazer in that sense."

ESPN's Chris Berman noted during the ceremony that Mortensen has stayed true to the reporting roots that launched his career in television.

"I know this, he reports 5 percent of what he knows, and his 5 percent is more than the 100 percent for other reporters," veteran NFL columnist Ira Kaufman said.

Mortensen appeared onstage with his wife, Micki. McCann Award winners do not give a speech during the ceremonies, but Mortensen waved to the crowd after Hall of Fame president David Baker honored him.

"Mort is one of the conspicuously nice guys who does a great job," said Frank Cooney, a Hall of Fame selector who has covered the NFL since the 1960s. "Mort knows how to get difficult stories. He works with people so well that he is able to get the information he needs even if it isn't comfortable sometimes. It's a tribute to him."

"What's so much more defining than the well-deserved honor that marks his career is the person that I've come to know over the years," said Bell. "Chris is as first-class as they come. In a business overflowing with huge egos, Chris is a good, down-to-earth dude who always seemed to me to represent something larger than getting the next story. That's why I'm more proud to call him a friend than a colleague." 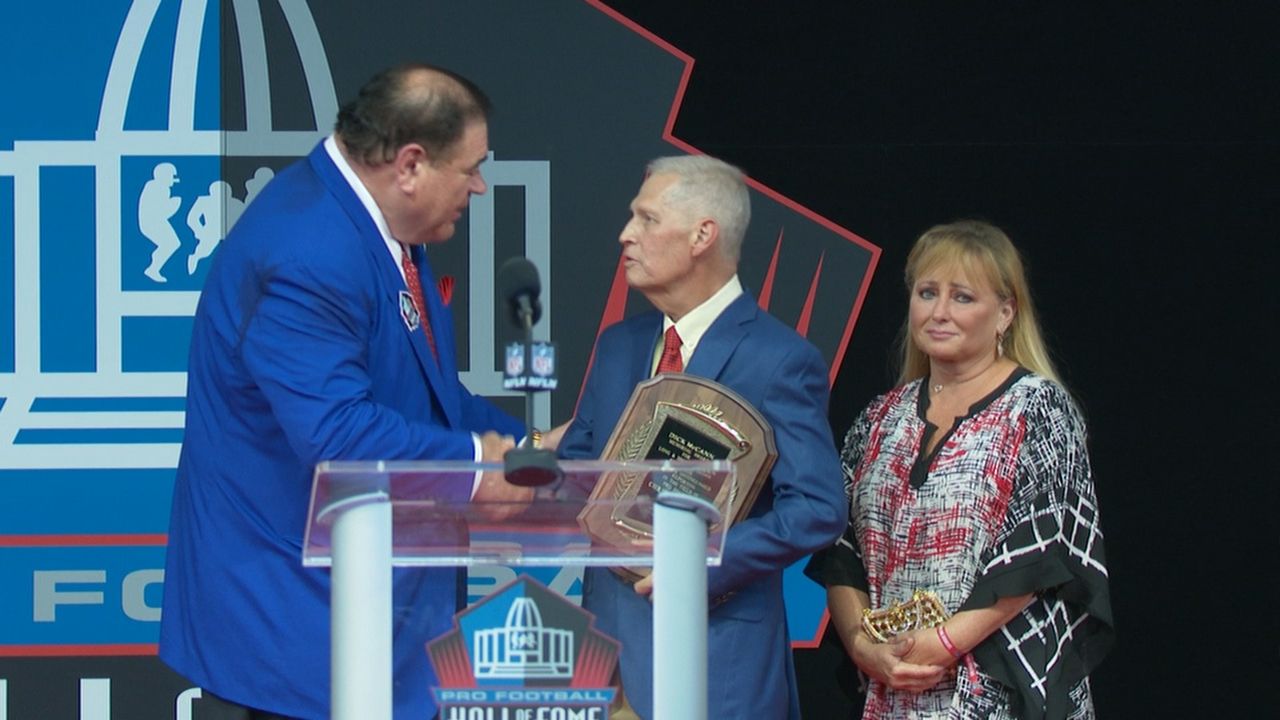