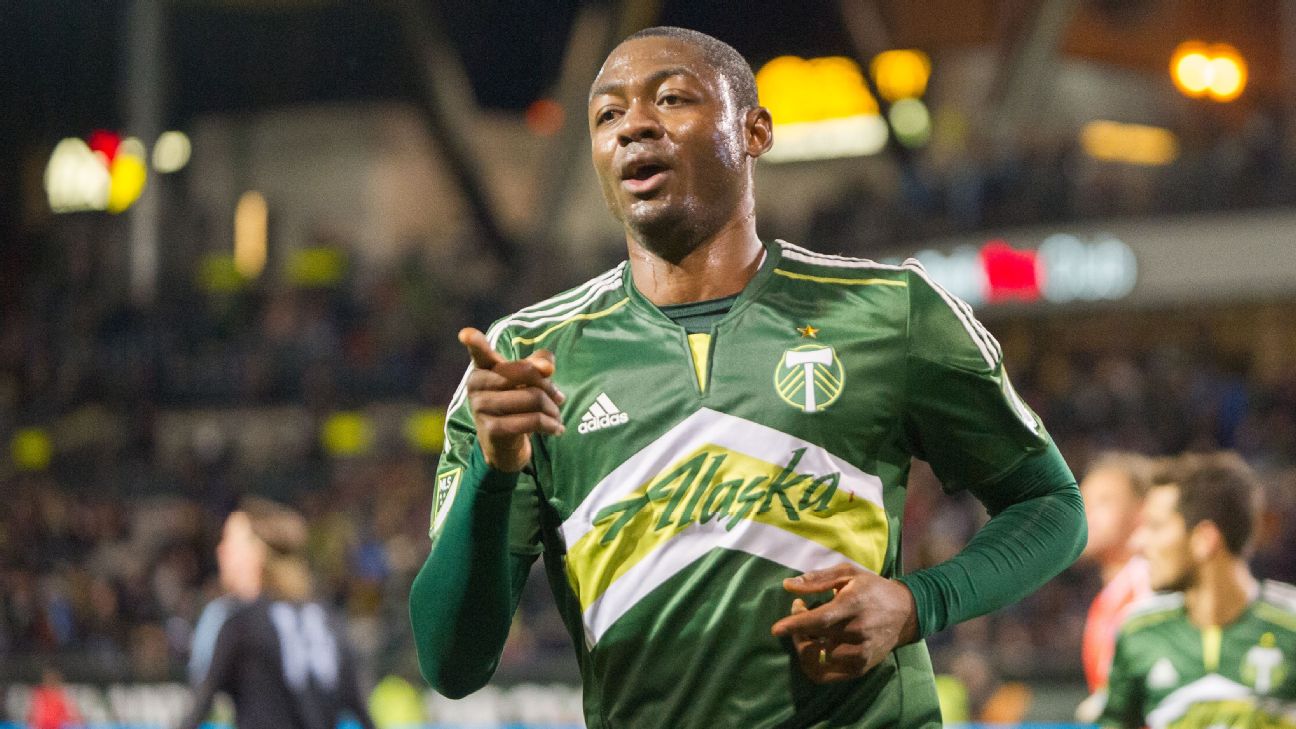 The Timbers will receive $450,000 in general allocation money and $400,000 in targeted allocation money for Adi, as well a potential $100,000 more in TAM in performance bonuses and a portion of any future deal should Cincinnati sell Adi to a club outside MLS by summer 2020.

Adi, who is making a base salary of $1.275 million this season and nearly $2 million in total compensation, will remain a designated player withCincinnati.

Adi's departure from Portland had been reported shortly before he scored the winner over the Houston Dynamo on Saturday, and Timbers coach Giovanni Savarese afterward confirmed the 27-year-old had played his last game for the club.

The forward has scored 56 MLS goals with 15 assists for the Timbers, including the playoffs, since joining the club from FC Copenhagen in 2014.

But the former Nigeria youth international found his minutes limited since the arrival of Savarese, and will now join FC Cincinnati before next year's move to MLS as an expansion team.

"We're pleased to add Fanendo as our first MLS designated player," FCC president general manager Jeff Berding said. "He's a tremendously talented player who is also a standout citizen in the community. The fact that he has agreed to join us is a clear demonstration of his passion for leadership and winning. He will immediately begin to create his new legacy with another very special fan base. We can't wait to see him out on the field at Nippert Stadium."

Alashe, 24, also was battling for minutes under first-year San Jose coachMikael Stahre, and tensions came to a boil earlier this month after the manager removed Alashe for the second half after only putting him on as a 41st-minute substitute.

Alashe, a Michigan native, has played his entire career with the Earthquakes after being selected with the fourth pick of the 2015 MLS SuperDraft.

The midfielder has scored five goals with three assists in his career but only appeared in 12 games underStahre this season, starting two.

He will move from San Jose on loan for the rest of this season, and the deal will become permanent at the end of the year, with Cincinnati paying$135,000 in allocation money.

Portland 2-1 Houston: Adi's heroic swan song - Via MLS
For his final act with the Portland Timbers, Fanendo Adi added to his club-record goal tally, scoring the winner in a 2-1 victory over Houston.