FIBA digs into Australia for tanking 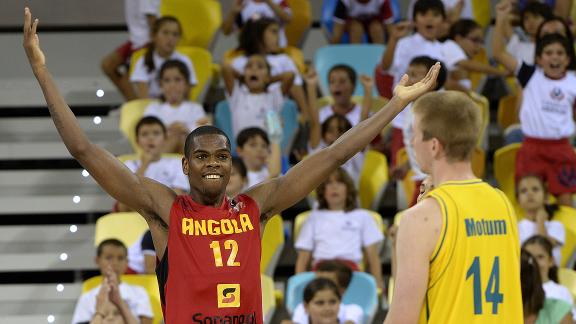 FIBA said "it is widely suspected that Australia lost" on purpose to Angola in a Group D game on Thursday in Las Palmas, Spain. The Angolans won 91-83.

The result meant Australia could not meet the favored Americans until the semifinals.

Slovenia finished above Australia in the group and will play the U.S. in the quarterfinals Tuesday.

Phoenix Suns and Slovenia star Goran Dragic blasted Australia via Twitter after their loss, asking FIBA to look into the situation.

Basketball is a beautiful sport, there is no room for fixing the game like today Australia vs Angola!! @FIBA should do something about that!

- Goran Dragic (@Goran_Dragic) September 4, 2014Australia's alleged strategy did not work out in the end. The team lost 65-64 to Turkey on Sunday and was eliminated from the tournament.

FIBA has asked Basketball Australia to "state its case" before deciding on possible disciplinary sanctions.