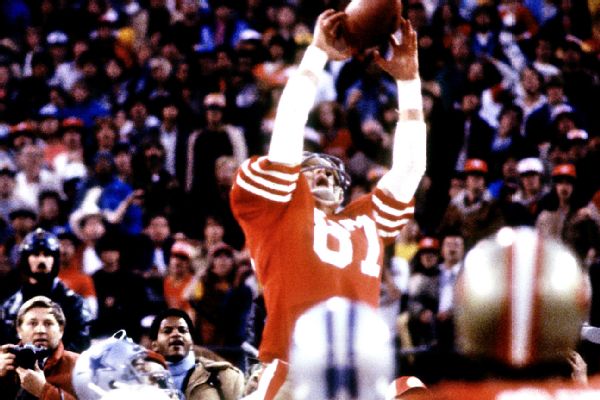 SANTA CLARA, Calif. -- Dwight Clark, the receiver who made one of the most memorable plays in NFL history and jump-started the San Francisco 49ers dynasty, died Monday at his home in Montana.

Clark, who had been battling amyotrophic lateral sclerosis (ALS) since he first began feeling weakness in his left hand in September of 2015, was 61 years old.

"The San Francisco 49ers family has suffered a tremendous loss today with the passing of Dwight Clark," the team said in a statement. "We extend our condolences and prayers to Dwight's wife, Kelly, his family, friends and fans, as we join together to mourn the death of one of the most beloved figures in 49ers history. For almost four decades, he served as a charismatic ambassador for our team and the Bay Area. Dwight's personality and his sense of humor endeared him to everyone he came into contact with, even during his most trying times. The strength, perseverance and grace with which he battled ALS will long serve as an inspiration to so many. Dwight will always carry a special place in our hearts and his legacy will live on as we continue to battle this terrible disease."

Clark first disclosed his diagnosis in March 2017 on former 49ers owner Ed DeBartolo Jr.'s website, but said in that statement that he began feeling weak in 2015. After what he called months of tests and treatment, Clark was diagnosed with ALS, which is also known as Lou Gehrig's disease.

In the time since his diagnosis, Clark said he had lost strength in both hands, his midsection, lower back and his right leg while also losing significant weight. DeBartolo helped Clark and his family relocate in March to be near him in Whitefish, Montana. In April, DeBartolo hosted a group of about 30 friends and former 49ers to visit Clark at his Montana ranch.

"It was beautiful because we got to see him smile,'' said former teammate Roger Craig, who said he almost fainted when he heard the news of Clark's death.

"That's all I wanted, to see him smiling. We cried, we all got a taste of Dwight, all we wanted to do is see him smile the whole time we all were there and he smiled the whole time. He made us feel good and I know he felt good knowing he had all those teammates there to support him."

Garrison Hearst, who was among the former teammates who visited Clark in Montana, tweeted that "We lost a great one."

In a statement,DeBartolo said that he "lost my little brother and one of my best friends."

"I cannot put into words how special Dwight was to me and to everyone his life touched," DeBartolo said. "He was an amazing husband, father, grandfather, brother and a great friend and teammate. He showed tremendous courage and dignity in his battle with ALS and we hope there will soon be a cure for this horrendous disease.

"I will always remember Dwight the way he was -- larger than life, handsome, charismatic and the only one who could pull off wearing a fur coat at our Super Bowl parade. He was responsible for one of the most iconic plays in NFL history that began our run of Super Bowl championships, but to me, he will always be an extension of my family. I love him and will miss him terribly. Our hearts and prayers are with his wife Kelly, his children and the entire Clark family."

The 49ers held "Dwight Clark Day" last season at an Oct. 22 game against the Dallas Cowboys.

In what would be his final appearance in front of such a large group of 49ers fans, Clark addressed the crowd, ownership, his family and more than 40 teammates from a Levi's Stadium suite. That day, he said he simply wanted one more chance to be around the team he loved.

"When Keena Turner [San Francisco's vice president of football affairs] asked me what I wanted to do, whether raise money or have some kind of function, I said I just want to see my teammates," Clark said that day. "And the 49ers heard that and flew all these players in so I could see them one more time."

In honor of Clark, the 49ers gave away T-shirts with images of "The Catch," the leaping grab Clark made in the back of the end zone to beat the Cowboys in the 1981 NFC Championship Game, imprinted over his No. 87. Famous sportscaster Vin Scully narrated a video tribute to Clark that was played on the scoreboard, and Hall of Fame quarterback Joe Montana introduced Clark.

"Dwight was a vibrant charismatic soul!! Jennifer and I are heartbroken over his passing," Montana wrote in a Twitter post Monday night. "While we knew it was inevitably coming, it came way [too] soon! We are grateful for the decades of love and friendship we shared."

"The Catch" spurred the Niners to their first Super Bowl victory and was the unofficial beginning of a dynasty that would see San Francisco win four world championships in the 1980s as well as make eight playoff appearances in 10 seasons.

Known as "Sprint Right Option," the play became one of the most iconic in league and franchise history. On the play, Montana took the snap and rolled to his right before floating a pass in Clark's direction. Clark timed his leap and his reach just right and hauled in the pass by his fingertips before landing safely in the right corner of the north end zone. The Niners went on to a 28-27 victory and would go on to win Super Bowl XVI against the Cincinnati Bengals.

When the 49ers closed down Candlestick Park in 2013, "The Catch" was named the No. 1 play in the stadium's history.

"I just loved the guy, man, and idolized him," former teammate and Hall of Fame receiver Jerry Rice told 95.7 The Game. "I would just sit back and just watch him, and I just wanted to try to emulate him, on the football field, off the football field. ... This guy -- he was one of the greatest football players to ever play the game, but also he was a great individual."

A native of Kinston, North Carolina, Clark played collegiately at Clemson before he became a 10th-round pick of the 49ers in the 1979 NFL draft. As the story goes, legendary 49ers coach Bill Walsh discovered Clark when he was at Clemson to scout quarterback Steve Fuller. As Clark was heading out to play golf, he got a call from Walsh asking him to handle receiving duties for Fuller in the workout. Walsh came away so impressed with Clark, who had just 33 catches and three touchdowns in 34 college games, he decided to draft him.

When his career ended in 1987, Clark moved into the team's front office, where he earned three more Super Bowl rings as an executive. He joined the Cleveland Browns in an executive role in 1999.

"All of us in the NFL are saddened by the passing of Dwight Clark," NFL commissioner Roger Goodell said in a statement. "Dwight made many memorable contributions on the field as a two-time Super Bowl champion and later as a member of the front office of the 49ers and Browns. He will forever live on in our memories for The Catch but also for his kind, gentle and courageous spirit."

Clark is survived by his wife and three children from a previous marriage, daughter Casey and sons Riley and Mac. 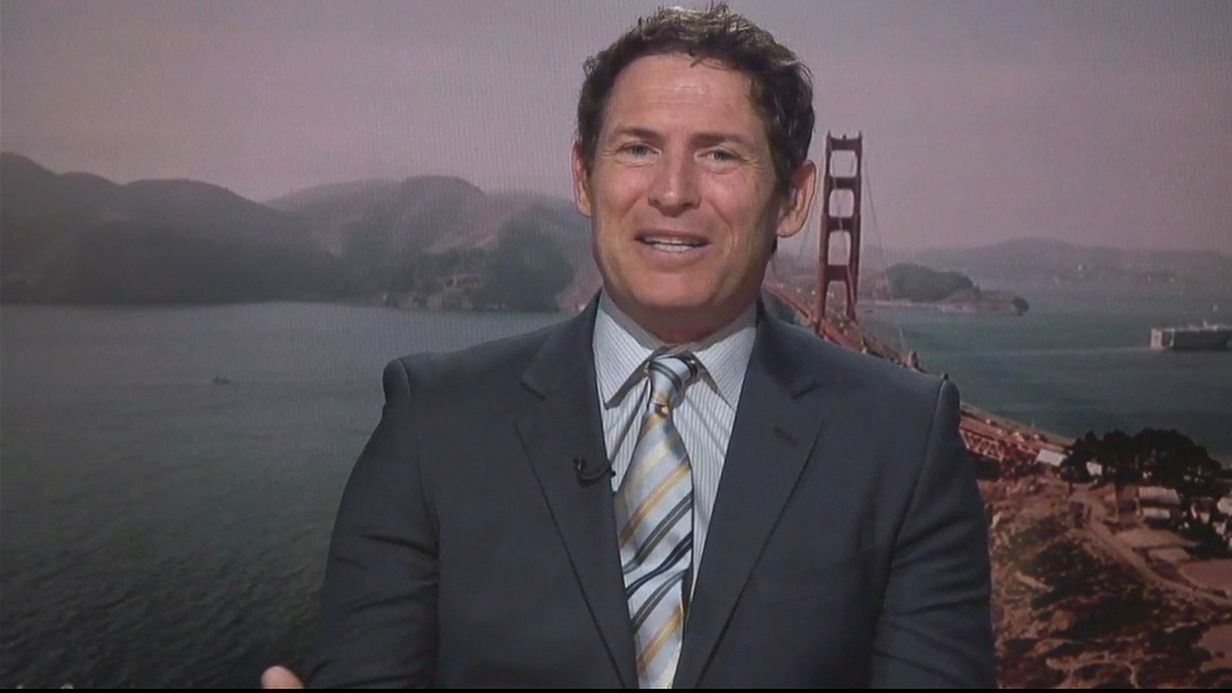