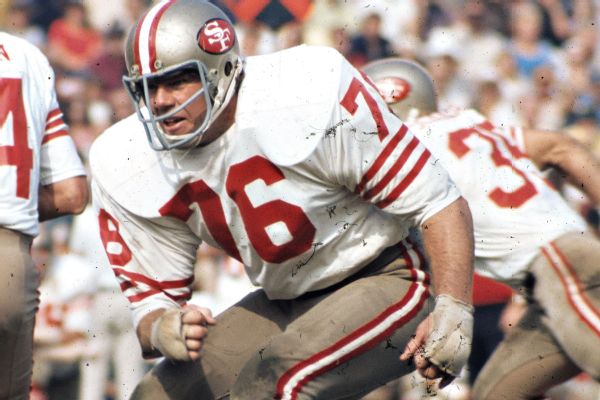 The team said Rohde died Saturday. A cause of death was not released.

Rohde entered the NFL as a fifth-round draft choice out of Utah State by the 49ers in 1960. He spent 15 seasons with San Francisco, appearing in 208 games, the most ever among 49ers offensive linemen.