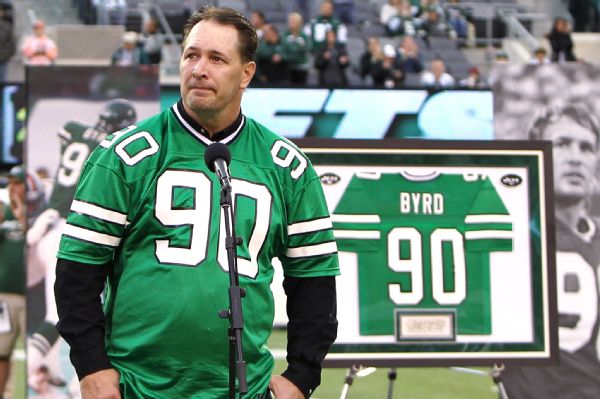 Dennis Byrd, a former New York Jets defensive end whose career was cut short in 1992 because of a broken neck, was killed in a head-on vehicle collision Saturday near his home in Oklahoma, the Oklahoma Highway Patrol confirmed to ESPN.

Byrd, 50, was pronounced dead at the scene due to massive injuries.

The Oologah-Talala Emergency Medical Services said the crash happened at about 11 a.m. between Oologah and Claremore.

Byrd, who was driving a 2004 Hummer H2, was struck by a vehicle traveling northbound on Oklahoma Highway 88 that veered into his lane. The other car, a 2000 Ford Explorer, was driven by a 17-year-old Claremore youth.

The 17-year-old driver and a 12-year-old passenger in Byrd's car, both in critical condition, were transported to Saint Francis Hospital in Tulsa.

The 6-foot-5, 270-pound Byrd, a second-round draft pick of the Jets in 1989 out of the University of Tulsa, became a legendary player in team history. He played only four years, but his inspirational story became the subject of a book and a TV movie starring actor-director Peter Berg.

On Nov. 29, 1992, Byrd slammed headfirst into the chest of teammate Scott Mersereau in a game against the Kansas City Chiefs. Byrd suffered extensive damage to his neck and spinal cord, and doctors weren't sure if he would walk again.

After a vigorous rehabilitation over the next several months, Byrd returned to the Meadowlands for the Jets' opening game the following season and walked -- gingerly but unaided -- to midfield as an honorary captain.

He never fully recovered from the injury, walking with some difficulty and going through continuous rehabilitation during the years since. But Byrd, a devout Christian, wrote a book in 1993 called "Rise and Walk: The Trial and Triumph of Dennis Byrd," which detailed how he relied on his faith and family to push through his injury to recover and serve as an inspiration to others who went through similar situations.

"We are all devastated by the untimely loss of Dennis Byrd," New York Jets Owner Woody Johnson said in a statement late Saturday. "Soft-spoken and strong-willed, the inspiration he provided to all not only by his play on the field but from the way he overcame life's obstacles was remarkable by any measure."

Byrd was considered one of the NFL's promising young defensive ends during his first three seasons, racking up 27 sacks -- a mark that only two players in franchise history surpassed: Mark Gastineau with 33 in 1979-81 and John Abraham with 27 in 2000-02.

"He's a testament to hard work," former Tulsa teammate Jerry Ostroski told the Tulsa World on Saturday night. "That's why he got to where he was. He made himself into the player he was. He wasn't a guy born with tremendous size. He worked hard in the weight room, gained weight, got big, had a high motor. He turned himself into a second-round draft pick in the NFL."

"We extend our sincere condolences to Dennis' wife Angela, their children and the entire Byrd family," Tulsa athletic director Derrick Gragg said in a statement. "Dennis exemplified true determination, tremendous heart and humility throughout his life. He had a tremendous playing career at TU and professionally with the New York Jets.

"He overcame great personal adversity after a life-altering injury on the football field. We know that Dennis touched numerous lives and will be missed by many."

After a brief career as a motivational speaker and a TV analyst for CBS, Byrd retired to a quiet life in Oklahoma, staying out of the spotlight.

During the 2010 season, Byrd sent then-Jets coach Rex Ryan the No. 90 jersey that had been torn from his torso on the field after the collision as an inspirational gift.

As a guest of the team, Byrd delivered a moving speech to the Jets at their hotel the night before a 28-21 playoff victory over the New England Patriots -- during which the Jets had hung Byrd's jersey in their locker room.

Running back LaDainian Tomlinson and safety James Ihedigbo also carried out a green and white No. 90 jersey to midfield for the coin toss before the game. Many Jets players credited Byrd's speech for helping motivate them to the victory.

No Jets player has worn No. 90 since Byrd, and on Oct. 28, 2012, the team honored him at halftime of its game against Miami by making him the fifth player in franchise history to have his number retired.

Every year, a Jets player is selected to receive the Dennis Byrd Most Inspirational Player award by his teammates. 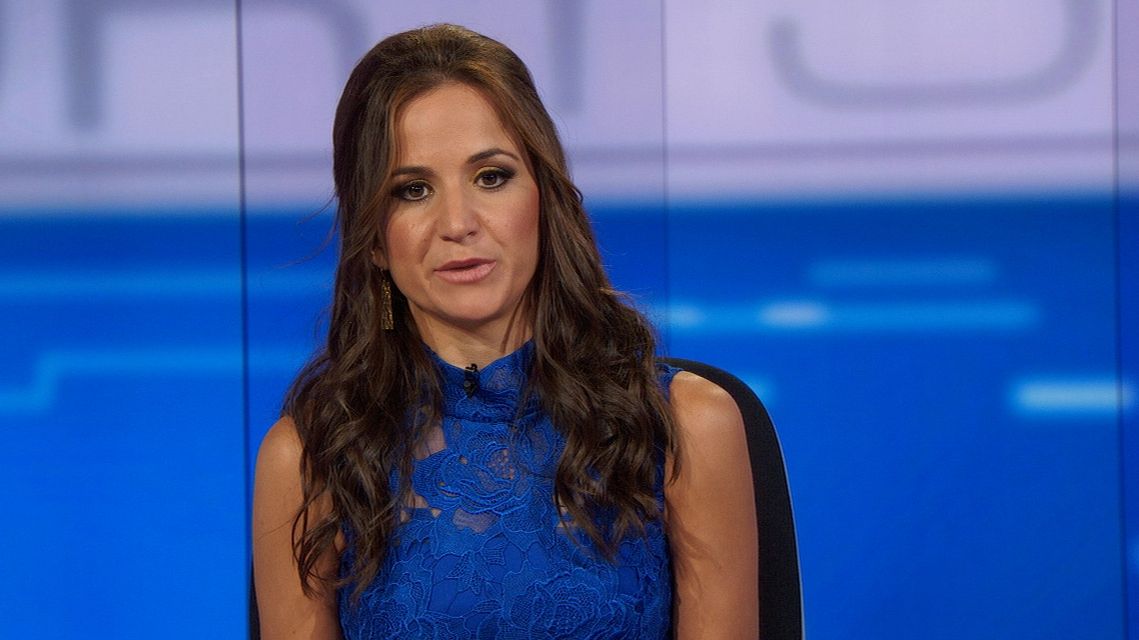