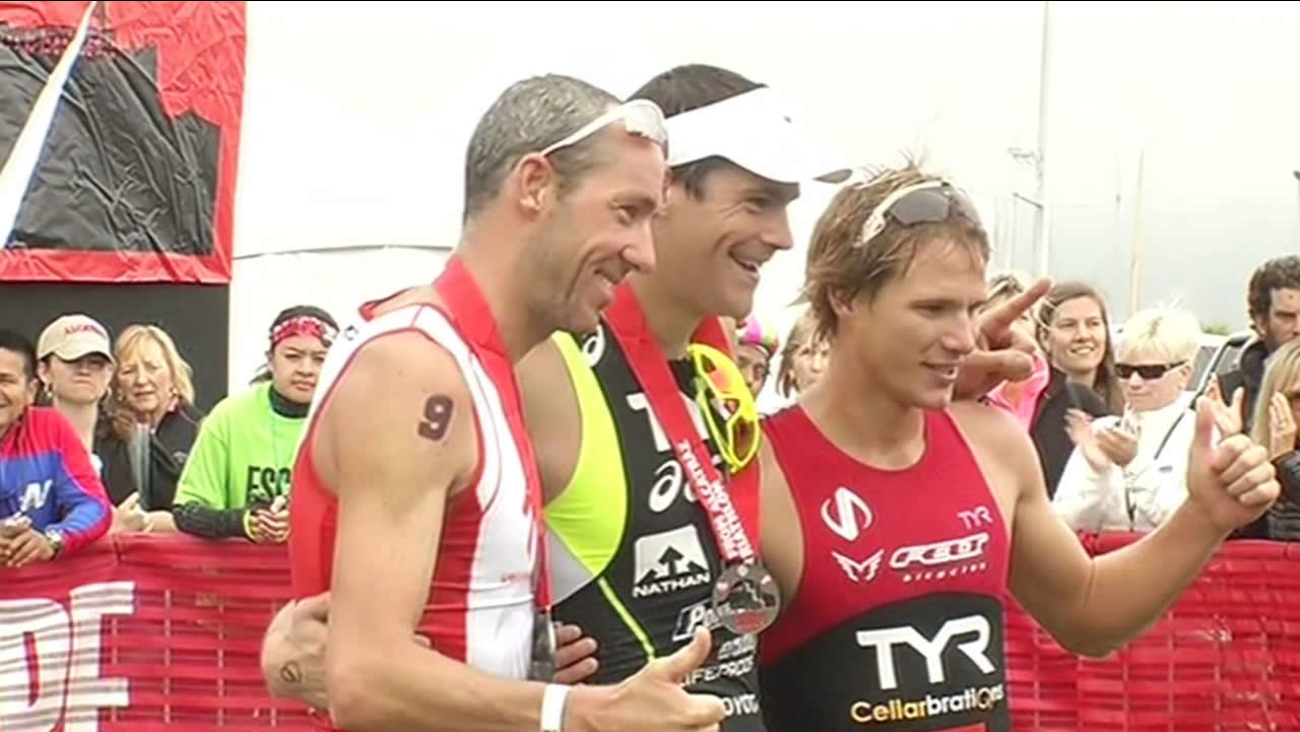 Potts, of Colorado Springs, Colorado, and a triathlon competitor for the United States in the 2004 Olympics, took 2 hours, 4 minutes and 21 seconds to complete the 34th annual race, spokeswoman DeeDee Taft.

The triathlon event included a 1.5-mile swim from Alcatraz to the city's shore and an 18-mile bike ride followed by an eight-mile foot race through San Francisco on Sunday.

Another former U.S. Olympic athlete, Sarah Haskins, of Clermont, Florida, competing in the race for the first time, won first place among woman with a time of 2:17:42, Taft said.

The more than 2,000 people who entered the competition started today at the island by swimming in 58-degree water in San Francisco Bay, Taft said.

Contestants from more than 40 countries, ranging in age from 16 to 76 years old, competed, including physically challenged competitors from the Challenged Athletes Foundation.