Smith, 34, was shot after exchanging words with the driver of a Hummer H2 that rear-ended his Mercedes G63 SUV, causing him to strike another vehicle containing acquaintances of Smith's, police said.

Smith was shot multiple times, and his wife, Racquel, 33, was shot once in the right leg, according to police. Smith was pronounced dead at the scene, while his wife was taken to a hospital with non-life-threatening injuries, according to New Orleans Police Superintendent Michael Harrison.

"On behalf of the Smith family, we are thankful for the outpouring of support and prayers," the family said. "We ask that you continue to respect the family's privacy as they grieve the loss of a devoted husband, father and friend."

Police said the driver of the Hummer, Cardell Hayes, 28, was arrested on a charge of second-degree murder. The handgun used in the shooting has been recovered, according to police.

Hayes did not enter a plea during an initial court appearance Sunday, and bond was set at $1 million. Prosecutors have 60 days to decide whether to bring the second-degree murder charge against Hayes. Conviction on that charge would bring an automatic life sentence.

Harrison would not say whether Hayes had claimed self-defense.

"I would not want to say anything that might compromise our investigation or weaken our case," Harrison said.

Hayes' attorney, John Fuller, agreed with the New Orleans Police Department that his client and Smith did not know each other and that the shooting was not related to the fatal 2005 shooting of Hayes' father by police.

However, Fuller said his client was "not the aggressor in terms of the behavior that happened after the accident" and that his client will plead not guilty.

Fuller predicted that toxicology reports would "shed a light on the behavior of some of the participants."The gun Hayes had Sunday was legal, Fuller said, noting that police didn't bring any weapons charges against Hayes. Police spokesman Tyler Gamble told The Associated Press that the gun hadn't been reported stolen but that tracing its history will take time.

Fuller spoke to the media Sunday after the initial court hearing.

According to the NOPD, Smith was shot multiple times in the back and torso.

Fuller suggested there "may have been an earlier accident" in which Hayes was struck by a driver who sped off and that Hayes pursued the vehicle to try to get its information while also calling 911 to report the accident.

The attorney did not specify whether that vehicle was driven by Smith or anyone else in his party. Both Fuller and Gamble told the media that other participants in the incident might have had a gun, though neither specified who that might be.

Hayes sued the NOPD and six officers after police shot and killed his father, Anthony Hayes, on Dec. 26, 2005. The federal lawsuit was settled in September 2011, while attorneys were preparing for trial in the case. Court papers don't describe the settlement. According to the lawsuit, several people told the officers that Anthony Hayes had a history of mental illness.

Police said they shot Anthony Hayes after he lunged at them with a 3-inch-long knife. Bystanders had video of officers surrounding Hayes but not of the shooting. Six officers were defendants in the lawsuit, which said Anthony Hayes was shot at least nine times and alleged that officers should have used nonlethal force.

Police officer William Ceravolo was among the officers named in the lawsuit. Now retired, Ceravolo told the New Orleans Advocate that he had dinner with Smith and former Saints running back Pierre Thomas on Saturday before the fatal incident. Photos circulated Sunday on social media of Smith, Thomas and Ceravolo.

Ceravolo told the newspaper that he didn't know he had been named in Hayes' lawsuit and said he was not at the scene of the car crash Saturday. Thomas arrived on the scene shortly after the shooting.

Online court records show that Cardell Hayes pleaded guilty in 2014 to one count each of possessing an illegal weapon and possessing drug paraphernalia.

"Our thoughts and prayers are with Will and his wife Racquel, but more importantly with their children, William, Wynter and Lisa, who are suffering and just starting to realize and deal with an unimaginable loss," Tom and Gayle Benson said. "We are devastated and saddened by Will's tragic and preventable death due to a senseless act that will leave a lasting scar on our community forever."

Said Loomis: "Will came to New Orleans 12 years ago and quickly developed both on the field as a player and off the field as a leader to become one of the cornerstones of a team that would go on to win a Super Bowl. In our community, he was an important contributor to numerous charitable causes to benefit those in need. Will's contributions to both our franchise and our community as a whole will always be remembered."

NFL commissioner Roger Goodell called the killing "such a tragic loss of life" in a statement and said the league's thoughts were with Smith's wife and children.

New Orleans Mayor Mitch Landrieu said in a statement that he was "shocked and saddened" by Smith's death.

"The senseless acts of violence have to stop," Landrieu said. "Traffic accidents should not lead to someone losing their life."

Smith was drafted by the Saints with the 18th overall pick in 2004 out of Ohio State. He spent all nine of his NFL seasons with the Saints and last played in 2012. He was a Pro Bowler in 2006 and ranks fourth in Saints history with 67.5 career sacks, including a career-high 13 during the Saints' 2009 Super Bowl season.

"I am shocked and deeply saddened by the tragic loss of Will Smith, my close friend and client," agent Joel Segal said in a statement. "Will was loyal, tough, smart, caring and funny all at once. He was an amazing man whose true joy came from his special family. From my first meeting with Will at Ohio State to our business meetings, fun dinners and spirited and intelligent debates, he always treated me like family.

"My heart goes out to Will's wife, Racquel, his children and entire family for this unimaginable loss. I love you, William. You will be missed and never, ever forgotten."

Smith was elected by a panel to the Saints Hall of Fame last month in his first year of eligibility. The formal announcement had not yet been made, but the Saints said Smith had been told that he would be honored.

"Hearing of Will Smith's murder this morning is absolutely devastating. He was a good man and a former team captain. The NFL was lucky to have him, and I always enjoyed playing against him," Whitworth said. "This is yet another example of the senseless violence we are experiencing daily as a country. My family and I are praying his wife recovers fully from her injuries and will continue to keep his children, family members and former teammates in our prayers."

Saints coach Sean Payton, along with some of Smith's former Saints teammates and athletes from several other sports, expressed their grief on Twitter:

New Orleans native Tyrann Mathieu of the Arizona Cardinals lashed out in a series of tweets and replies in the wake of the news, saying he knew Hayes.

Mathieu tweeted that he has been shot at but has never considered using a gun to retaliate.

"I can understand how precious life is.... It's the only one we got!" Mathieu tweeted. "Why would i steal that from a man."

ESPN staff writer Josh Weinfuss and The Associated Press contributed to this report. 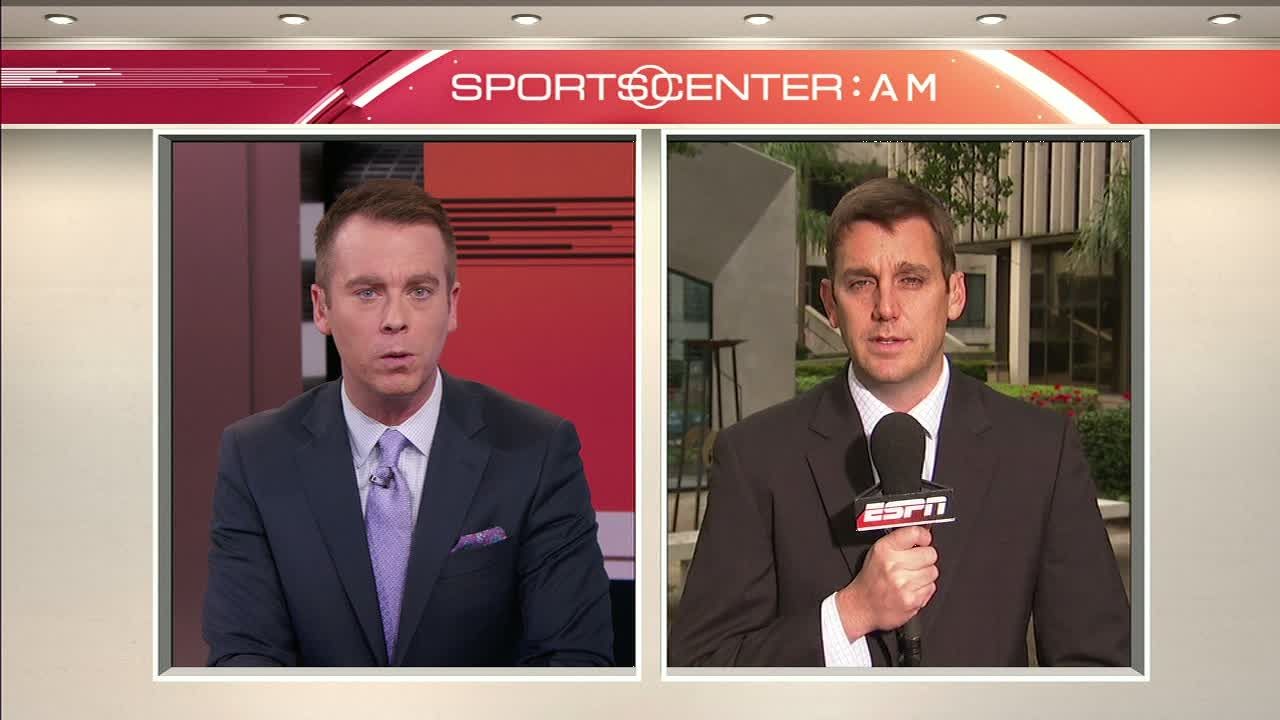 Time frame for answers in Will Smith's death
ESPN Saints reporter Mike Triplett says the New Orleans police have pieced together the moments before former Saints DE Will Smith was shot to death but are still searching for a motive. 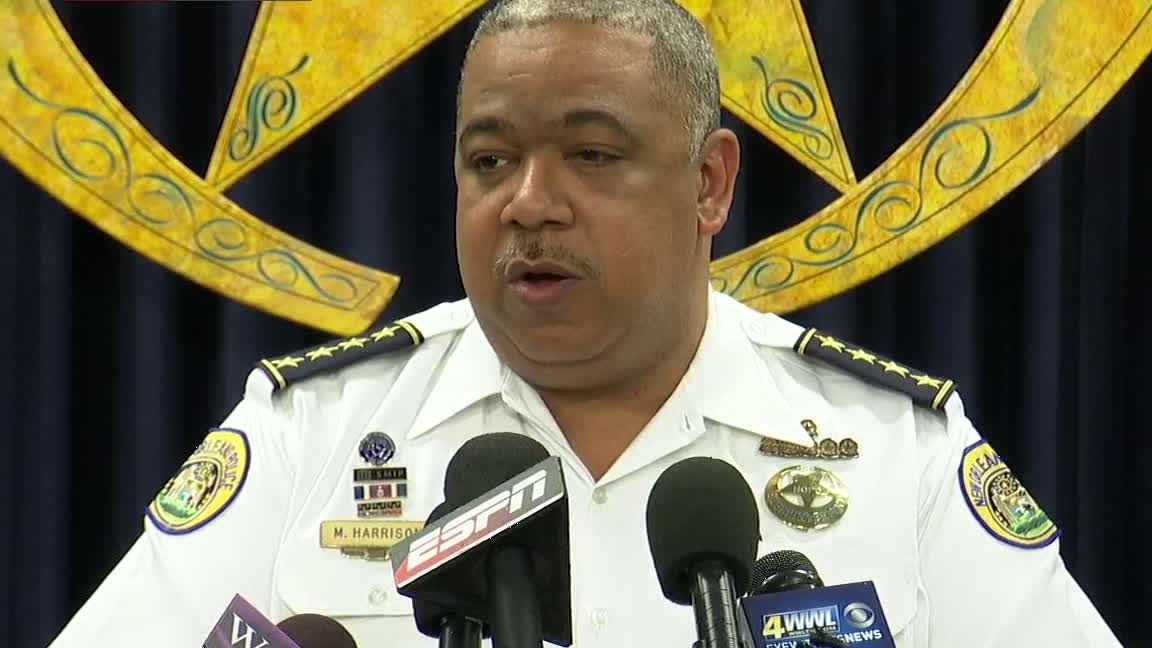 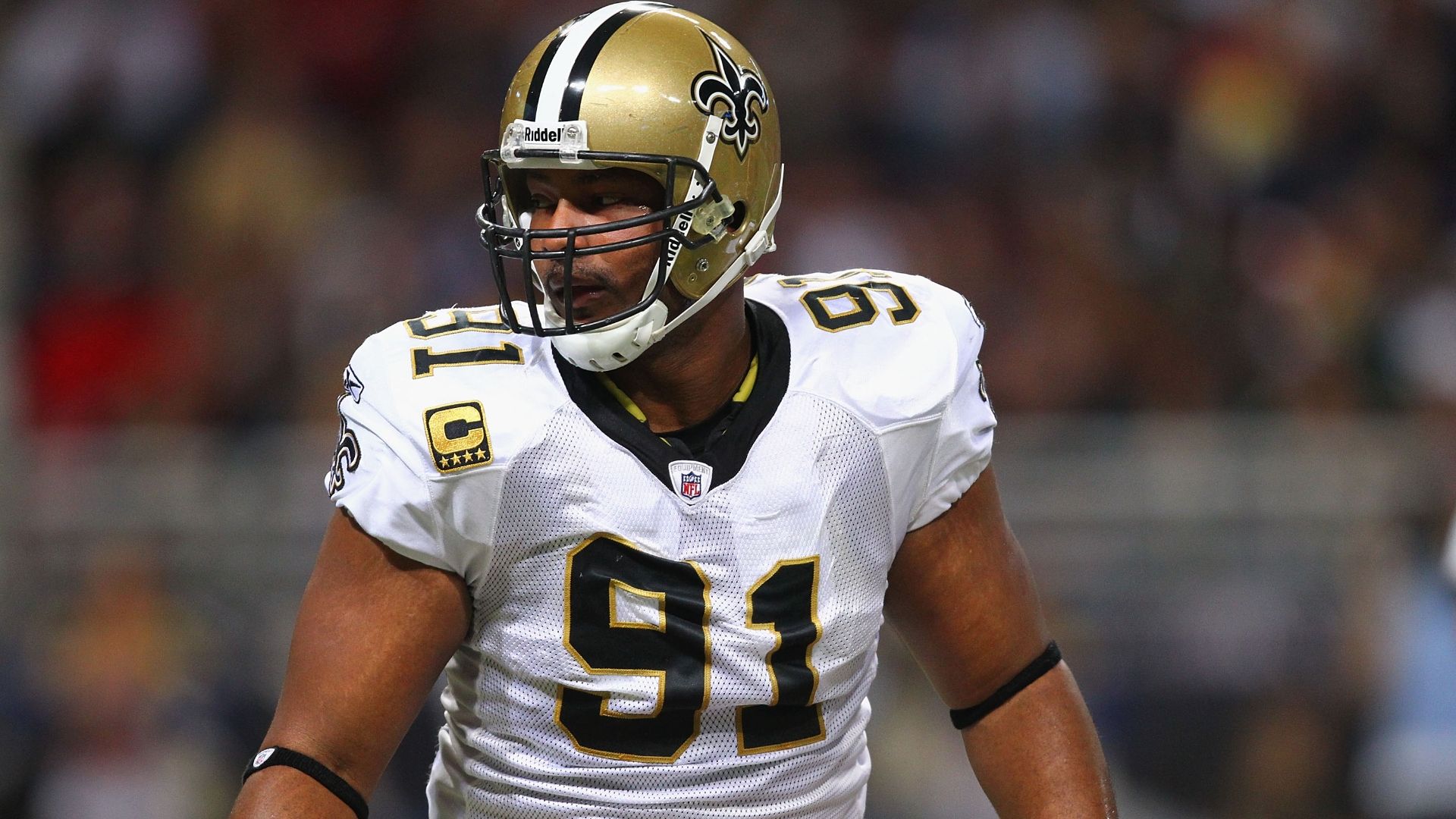