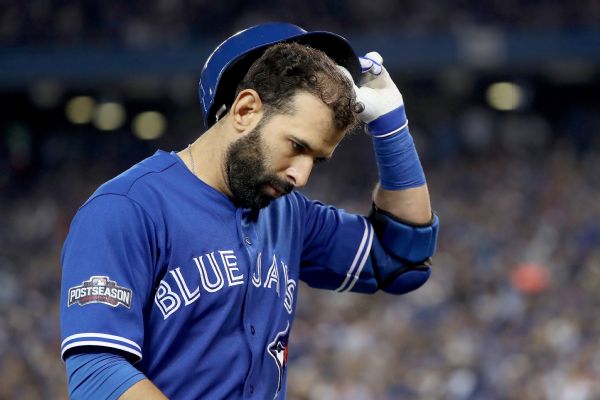 The Blue Jays and Jose Bautista are close to a deal for the free-agent slugger to stay with Toronto, according to multiple reports.

MLB.com was first to report that the Blue Jays are the front-runner to sign Bautista and that the sides are near a contract. The Blue Jays and Bautista were discussing a two-year deal Monday morning worth between $35 million and $40 million, according to Fox Sports.

Bautista, 36, rejected Toronto's one-year, $17.2 million qualifying offer in November, becoming a free agent after spending the past eight-plus seasons with the Blue Jays.

Despite being a six-time All-Star and the face of the Blue Jays' franchise, Bautista reportedly has not received any lucrative contract offers in free agency, leading to widespread speculation that he might be willing to accept a short-term deal.

After averaging 38 home runs and 97 RBIs per season from 2010 to 2015, Bautista struggled throughout the 2016 season, battling nagging injuries and finishing with just 22 home runs and 69 RBIs.