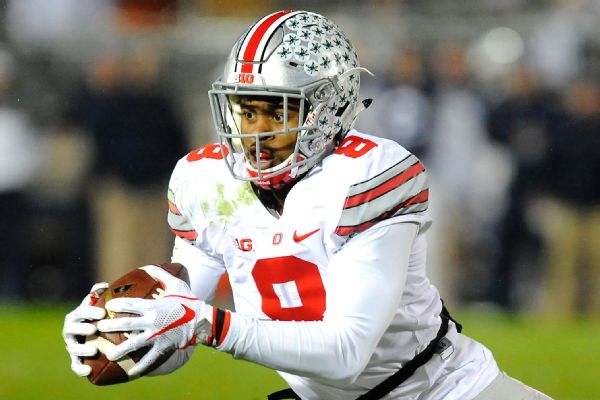 ALAMEDA, Calif. -- Oakland Raiders rookie Gareon Conley said his visit with Cleveland police this week "went good" in the wake of an investigation into a rape accusation that was made against him in April.

"There's not more to say about that," Conley said Friday after the Raiders' first rookie minicamp practice. "We'll just find out what happens after this. It's another way to prove my innocence."

Conley gave a DNA sample and a voluntary statement to police Monday.

Police are investigating an allegation that he raped a woman in a Cleveland hotel last month. He has not been arrested or charged.

When news broke of the accusation two days before last week's NFL draft, Conley's draft stock slipped. A projected top-10 pick, he fell to the Raiders at No. 24 overall.

Conley said there was no timeline for a resolution to the investigation but said being at the Raiders' facility and on the practice field was a welcome respite.

The Raiders said they had done their "due diligence" on Conley and believe in his innocence and that they otherwise would not have used their first-round pick on him.

"I don't want to get into all the details about who we talked to, all of that stuff," Raiders general manager Reggie McKenzie said after the draft. "But the bottom line is we've done miles and miles of research to make sure we were totally comfortable with our decision, which we were."

"He's been well-respected with the people that I've spoken to personally about him," Del Rio said. "It's one of those really clean players that we were fortunate to get our hands on here late in the first round."