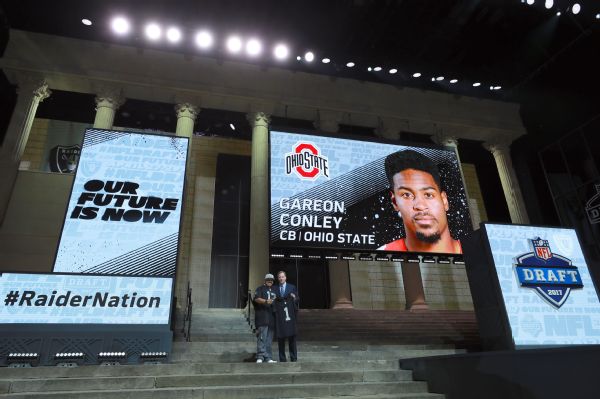 ALAMEDA, Calif. -- Oakland Raiders first-round pick Gareon Conley, who has been accused of sexual assault, met with Cleveland police Monday and gave a DNA sample along with a voluntary statement.

Conley said Thursday night after the Raiders made him the No. 24 overall selection that he was to meet with authorities Monday.

"Like I said in my statement, I could've made way better judgment. I mean, I didn't know what I was getting myself into, but I definitely could've made a better decision."

The 6-foot, 195-pound Conley has been neither charged nor arrested after a 23-year-old woman reported that he sexually assaulted her April 9 at a Cleveland hotel.

Raiders general manager Reggie McKenzie said the organization did its "due diligence" in researching the case and said he spoke with team owner Mark Davis before making Conley the franchise's first-round draft pick.