Garoppolo bounces back with solid scrimmage 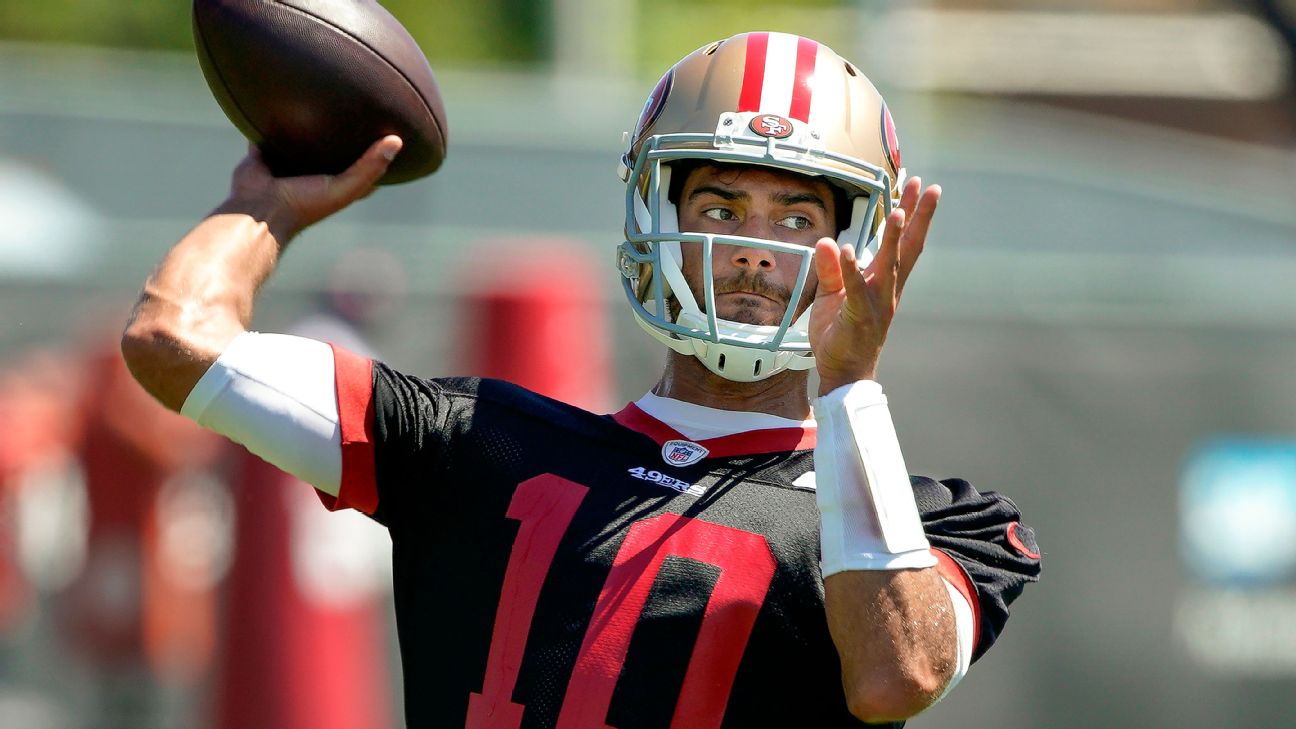 ESPN
By Nick Wagoner
ENGLEWOOD, Colo. -- For the first time since tearing the ACL in his left knee in September, San Francisco 49ers quarterback Jimmy Garoppolo took snaps against a team other than his own on Friday.

With the Niners in town for a pair of joint practices before Monday night's preseason game against the Denver Broncos, Garoppolo was behind center with the starters for all of Friday's session, marking another minor milestone in his return from the injury that cost him 13 games in 2018.

It was also Garoppolo's first practice since Wednesday when, at one point, he threw five interceptions in as many attempts.

Suffice to say, Garoppolo was happy to be back on the field against a different team and to flush away the remnants of that rough practice.

"That day I was pretty ticked off," Garoppolo said. "But the defense got the best of me that day. We've had battles back and forth and it's been good for us, good for them and it's only going to lead to a better football team.

"It was just five bad decisions. The defense got me, like I said, so there's going to be days like that but you can't dwell on those things. We're past that, on to Denver now."

Garoppolo seemed to have little trouble moving on against Denver's defense, completing his first eight passes in full-team drills before cooling off. Unofficially, he finished the practice 10-of-15 with one interception.

On the pick, Broncos linebacker Von Miller got pressure off the edge and though Garoppolo said he didn't notice Miller closing in, it likely would have been a sack in a real game. Garoppolo threw flat-footed deep down the right sideline for receiver Marquise Goodwin but didn't get enough air under it and Broncos safety Justin Simmons picked it off.

Those are the type of scenarios Garoppolo still must get re-adjusted to as he comes back from injury but can also be beneficial in these dual practices so long as defenders know when to let up.

"I think that will just come with time," Garoppolo said. "With the preseason and everything like that, as a quarterback you're not trying to get hit obviously but that stuff will happen I think naturally."

The first chance to get the full football experience again could come on Monday Night Football when the Niners and Broncos meet. Coach Kyle Shanahan has said Garoppolo would play in the second and third preseason games but has not yet decided how much Garoppolo will play Monday night.

On Wednesday, Shanahan said Garoppolo's playing time Monday could be dependent on how the joint practices go.

In the meantime, he noted that Garoppolo's rough Wednesday practice might pave the way for a bounce back this weekend.

"Sometimes it's hard to make the right decisions when you're fired up and competitive and usually when you make a bad play it makes your mind go a little bit sideways," Shanahan said. "So, that's why it is sometimes a good situation to put guys in. When that does happen, sometimes you try to protect them a little bit in the game, but in practice, it's the exact opposite. When there's an issue, you kind of poke at it a little bit more to see how guys react."

Garoppolo's teammates also haven't hesitated to poke at him a little bit, something he said he fully expects.

"Yeah and I would do the same thing if I threw five TDs on them," Garoppolo said. "It goes back and forth and I love that. If they weren't giving me crap about it, I'd be a little concerned." 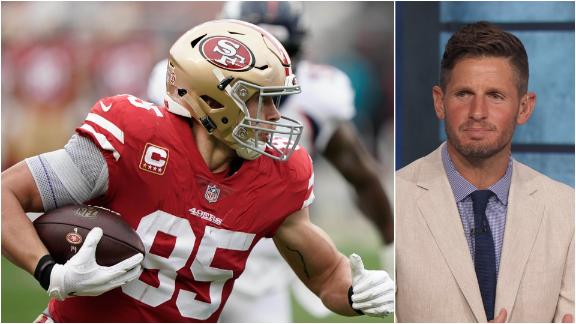