Gary Pinkel has lymphoma, is resigning from Missouri 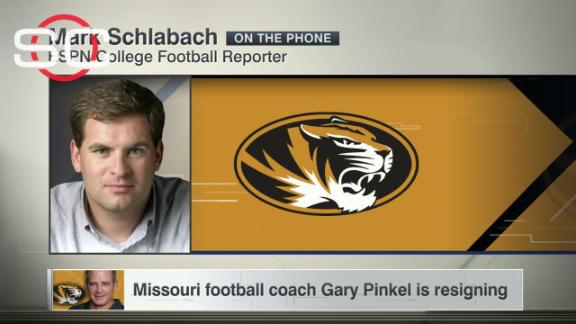 Gary Pinkel abruptly announced Friday he will resign from his position as the Missouri Tigers' coach at the end of the season for health reasons, adding a stunning turn to a week in which he kept his team united when players went on strike because of racial tensions on campus.

Pinkel, 63, said he was diagnosed with lymphoma in May. He dismissed the idea that the week's events in Columbia, Missouri, led to his decision.

"I made a decision in May, after visiting with my family, that I wanted to keep coaching as long as I felt good and had the energy I needed," Pinkel said in a statement. "I felt great going into the season but also knew that I would need to re-assess things at some point, and I set our bye week as the time when I would take stock of the future."

The tumultuous week began when players tweeted they would boycott Saturday's game against BYU unless the university system president resigned. Pinkel supported his players, and the boycott ended less than 48 hours after it started when president Tim Wolfe stepped down.

A statement from the school said Pinkel informed his staff and the team Friday that this would be his last season. Pinkel and athletic director Mack Rhoades, who is in his first year at Missouri, are discussing a role that would keep Pinkel associated with Tigers athletics.

"I want to make very clear that I'm not doing poorly, and that this is a manageable disease, but it's one that will never go away," Pinkel said. "I don't know how many years I have left, but I want to turn my focus to life outside the daily grind of football."

Pinkel is the winningest coach in school history with a 117-71 record over 15 seasons. His team has won the past two SEC East titles but is out of contention this year. The Tigers (4-5) play BYU on Saturday and have two more games after that to get to six wins and become bowl eligible.

Pinkel received multiple treatments in May and June for a type of non-Hodgkin lymphoma, the statement said. Doctors said the treatments would not interfere with his coaching duties.

Pinkel said he had a PET scan Oct. 26, met with his family and decided the next day that this season would be his last.

"It's tough emotionally knowing that his fight with cancer is bringing his run to an end sooner than any of us thought," Rhoades said. "I want to commend Gary with how open he's been with me the whole time, from the first day he came to my office in May and told me about the diagnosis, all the way to now and when he met with me personally on October 28 to tell me he'd made up his mind."

On the field, Pinkel's accomplishments at Missouri have been unmatched. The Tigers have five 10-win seasons under Pinkel and won a division title in five of the previous eight seasons. Missouri's last 10-win season before Pinkel was in 1960.

He might be remembered more as the coach who navigated some uncharted territory for a football program.

Two seasons ago, Michael Sam was playing for Missouri when he came out to his teammates and coaches before the season. The team kept Sam's secret, and he praised Pinkel and his teammates for being so supportive.

Sam went on to become the first openly gay player drafted by an NFL team. He was cut from two teams and played briefly in the Canadian Football League but left for personal reasons. He has said he wants to return to the NFL.

Pinkel again kept his team together this week when about 30 players decided they wanted to support a hunger-striking Missouri graduate student by not participating in football-related activities.

The group of black players declared the strike Saturday night, and the next day, Pinkel took to social media himself to announce that the team would act as one, even though it would have cost the school $1 million to cancel the game against BYU at Arrowhead Stadium in Kansas City.

The players' stand was an extraordinary declaration of solidarity coming at a time when the leaders of college sports are adjusting to more empowered and outspoken athletes than they've seen in years. The players were credited with getting attention for issues student groups had been struggling to advance for months.

"Gary Pinkel has been a credit to the game of football and the kind of person we hold high as an example of how college athletics can make a difference in young people's lives," Southeastern Conference commissioner Greg Sankey said.

Pinkel, an Akron, Ohio, native, came to Missouri in 2001 after 10 seasons as the coach at Toledo. For years the Tigers had been buried near the bottom of the Big Eight and Big 12 standings. But in 2007, Missouri went 12-2 and was a victory in the Big 12 title game against Oklahoma away from playing in the BCS championship game.

In 2011, he was arrested for driving while intoxicated during the season and was suspended for a week by the school, missing a game against Texas.

Missouri never did win a conference title under Pinkel, but his teams often exceeded expectations. When Missouri joined the SEC in 2012, the Tigers went 5-7, and there was speculation the school would look for a new coach if the team had another poor season.

Instead, Missouri won the SEC East in 2013 and '14, going 23-5 combined, the best two-year stretch in school history.

"I think what Coach Pinkel does best, he brings the manhood out of you," former Missouri linebacker Darvin Ruise said. "He really helped me as a person, and as a young man." 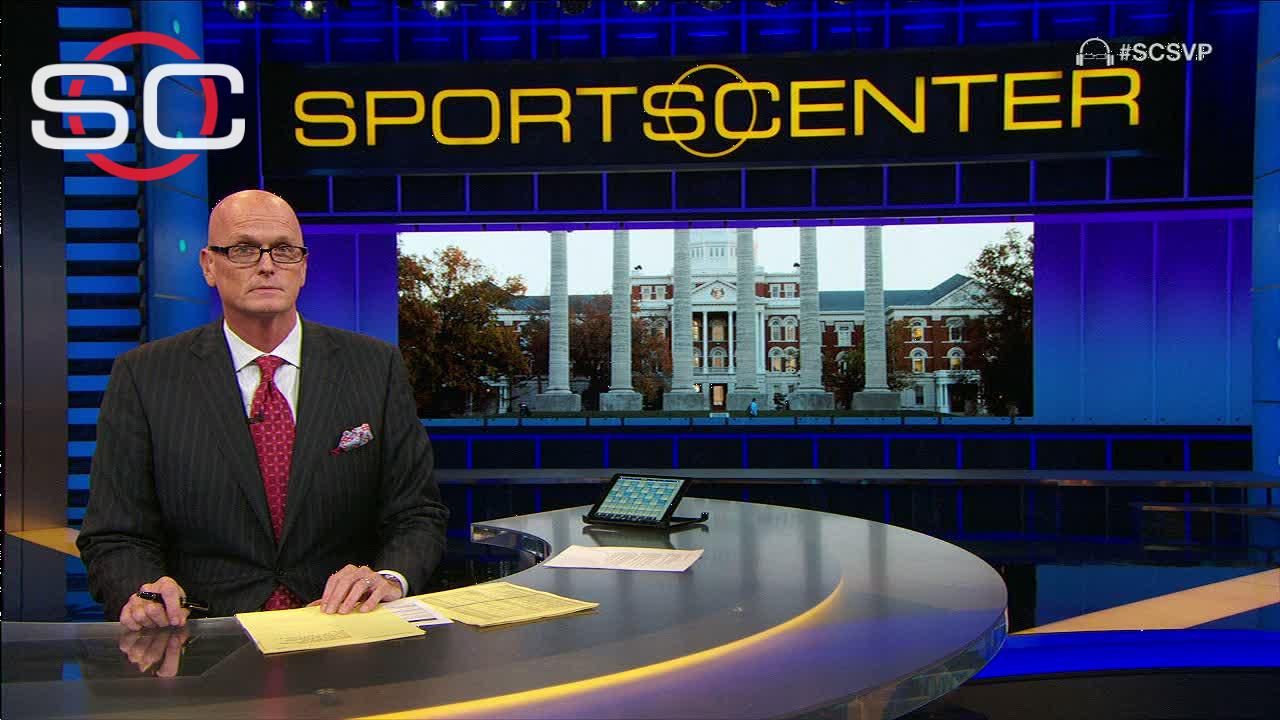 SVP offers his take on Missouri
Scott Van Pelt reacts to the Missouri football team's support of fellow students with actions that culminated in the resignation of university system president Tim Wolfe.