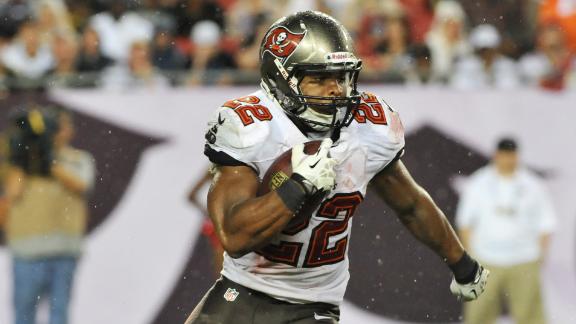 "Yeah. I mean, if you look out there on tape and you see a bunch of guys sitting on blocks, are you not earning the title of being soft?'' McCoy said.

McCoy's comments come with the Bucs at 1-5 and ranked last in the league in overall defense.

"I think we're making too many excuses,'' McCoy said. "There's always a reason why this is happening or why that's happening. It has to stop. We just have to say, 'OK, I did wrong, I didn't win that one, I have to win the next one and the one after that.' If you win 70 percent of your battles, you have a shot to win, simple as that."

McCoy, a team captain, said several players have given fiery speeches, but he wants action.

"But it's enough talking. We have to start playing, simple as that. The talking is not going to get it anymore. I've been hearing talking and speeches for five years. It's time to start seeing action, simple as that."

Jackson, another team captain, agreed with McCoy and said the Bucs have to speak with their actions.

"Obviously, there just hasn't been enough 'do,'" Jackson said. "It's time to go out there and execute, play sound football, take care of the football and give ourselves a chance to win. I think we have all the tools to do that.''

Bucs Need To Solve Slow Starts, And Fast
ESPN Buccaneers reporter Pat Yasinskas says Tampa Bay, which has been outscored 72-17 in the first quarter, is searching for ways to end its trend of stumbling out of the starting block.