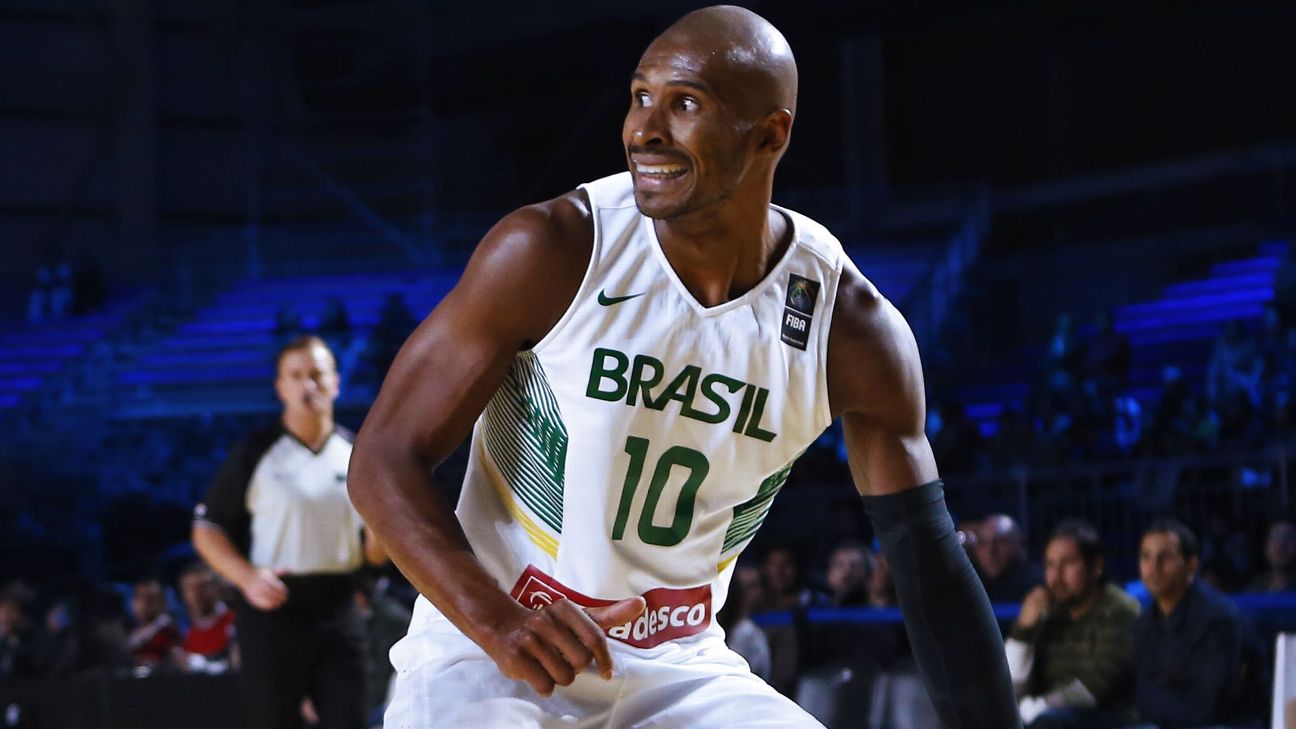 Former NBA guard Leandro Barbosa has retired from playing professional basketball and will join Steve Kerr's staff with the Golden State Warriors as a player-mentor coach.

Barbosa, who played 14 years in the league, and most recently was playing professionally in Brazil before the COVID-19 pandemic cut his team's season short, won a championship with the Warriors in 2014-15 and is excited to be reunited with Kerr and several of his former teammates.


"He's been my coach, when I was here he also was my friend," Barbosa said of Kerr during a Monday conference call with reporters. "We had a really close relationship when he was a GM for the Phoenix Suns, so every once in a while we used to talk. And he mentioned to me what I want to do after I played and I always told him that I wanted to be an assistant coach, not a head coach, but be able to talk to the players, kind of teach them, I think I'm kind of good at that. He gave me the opportunity and I talked to the family, my wife, and she said, "Yes, let's do it."

Livingston, 35, spent five seasons with the Warriors and won three NBA championships before retiring before last season. A formal announcement by the team is expected Tuesday.

Barbosa, 37, said he has kept in touch with Kerr via texts, but talks got more serious in the last week after Barbosa decided to retire from playing and transition into coaching. His new role will include sitting on the "back of the bench" during games, but also working out with players during practice and teaching them off-the-court lessons as well.

Barbosa praised former teammate and new Brooklyn Netscoach Steve Nash as someone who helped with lessons on and off the floor.


"I will be on the court, on the practice facility," Barbosa said. "I also will be practicing with the guys because I'm capable, I'm still in shape ... I will be talking to the players, all the experience that I have over the years that I play on the NBA [stage], I think I have a chance to talk to them and make them understand what this business is all about."

For Barbosa, the new chapter comes after some emotional ups and downs over the past year, which included him and his wife testing positive for COVID-19.

"When we had that, it was [a] crazy time," Barbosa said. "Especially for me, because I didn't know it was that bad when I got the virus. I'm glad I had somebody that could take of me and talk to the doctors because I couldn't fight. I didn't have the power to fight against this virus."

Now healthy and recovered, Barbosa admitted that he was "sad" to be leaving his home country of Brazil to come back to the United States in the midst of the pandemic, but he was looking forward to when things were back to normal in the future.

"As soon as I got to San Francisco, I got really upset because the city doesn't look like it used to when I was here," Barbosa said. "So I was really upset. In Brazil it's a little bit normal, the situation, so you see more people, you see people go to the restaurants, doing stuff, and here it's not the same. ... Everything will be back to normal, but it was tough, and now I got this opportunity to be back and work with the Warriors, it's just a pleasure."


One of the things that led Barbosa back to the States, but especially to the Warriors, was the fact that he feels the organization's culture is "totally different" than anywhere he played during his professional career.

"I feel here like I never feel anywhere [else]," Barbosa said. "I felt for a minute in Phoenix and then the organization changed and it went to a different way. Here with the Warriors I feel like I'm [a member of] the family. Everybody is close to me. ... If you have a good organization, you have a good team, you have good things happening on the court."

As for the possibility of playing a role on Brazil's national team if and when next summer's rescheduled Tokyo Olympics take place, Barbosa was noncommittal about a decision and wants to first see how the next few months shake out.

"It's too early for me to think about that," Barbosa said. "I don't have no invitation yet. It was a surprise to a lot of people in Brazil that I retired ... no one had an idea that I was going to get this job, this opportunity and retire myself. A lot of people think that I should have kept playing but at the end, it's a great opportunity. So I don't know ... we'll see what happens [over the next few months] and we'll go from there."
Report a correction or typo
Related topics:
sportsespnnewsgolden state warriorsnba
Copyright © 2021 ESPN Internet Ventures. All rights reserved.
More Videos
From CNN Newsource affiliates
TOP STORIES