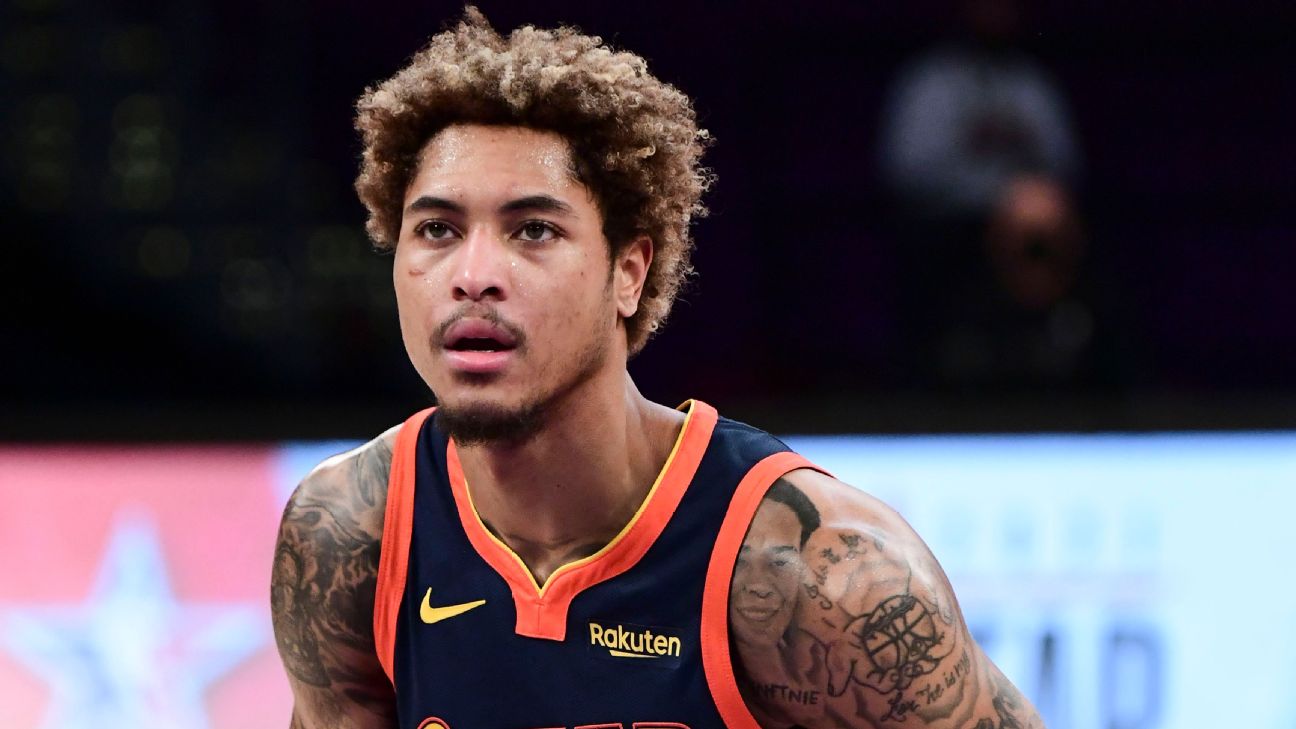 Golden State Warriors swingman Kelly Oubre Jr. did not play in Wednesday's 108-106 loss to the Portland Trail Blazers because of a sprained left wrist.

The injury took place during Tuesday's practice in Los Angeles after Oubre went up for a dunk and landed awkwardly after falling from the rim.


"He's just out tonight and then we'll see [Thursday]," Warriors coach Steve Kerr said before the game. "But we scrimmaged [Tuesday] and he went in for a dunk and he had momentum going in, he tried to hang on to the rim and he slipped off. And when he landed, he banged both elbows pretty good. It was scary, but fortunately no long-term damage or anything. But he's pretty sore today, so we'll give him a rest. We'll see about [Thursday]."

Kerr, who noted that it was still unclear whether Oubre would get an MRI on the wrist, said the swingman landed on his back after trying to brace himself with his elbows during the fall.

The Warriors started veteran Kent Bazemore in Oubre's place against Portland. Bazemore had 12 points and six rebounds in 31 minutes.


Oubre is averaging 15.5 points and 5.9 rebounds per game this season. The Warriors play at the Phoenix Suns, Oubre's former team, Thursday night on the second night of a back-to-back.