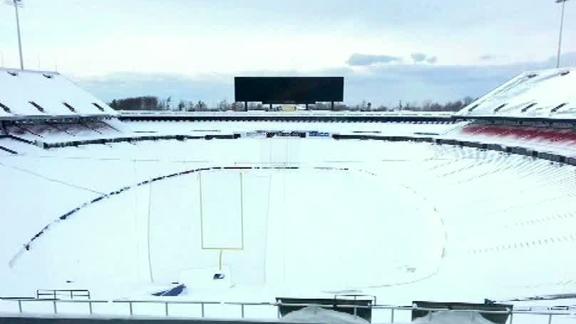 With more snow falling in the area around Ralph Wilson Stadium, New York Gov. Andrew Cuomo considers it "impractical" to play Sunday's game between the Buffalo Bills and New York Jets as scheduled.

"Everybody would love to see a Bills game go forward, but I think even more, everybody wants to make sure public safety comes first," Cuomo said at a news conference Thursday morning. "At this point in time, doing what we have to do with the driving ban and everything we just said -- staying off the roads -- would make a Bills game impractical.

"So if you ask me today, right now, my two cents would be it would be impractical to do the game because it could jeopardize public safety."

The decision to postpone or relocate the game rests with the NFL. The league has been in constant contact with the Bills since the storm began but has not announced a decision on the game's status.

The Bills canceled practice for a second consecutive day Thursday. For those who aren't snowed in, there is still a driving ban that remains in place for several towns around the team's facility in Orchard Park, New York. Major highways, including the New York State Thruway, remain closed with more snow expected by the end of the day.

Bills guard Kraig Urbik took to Twitter to describe the conditions just outside his front door.

On Wednesday, Bills vice president of operations Andy Major wasn't sure whether there was enough time to clear the stadium and grounds of the estimated 220,000 tons of snow by Sunday.

"To be honest with you, I've been here 28 years and I have not seen anything close to this," Hall of Fame quarterback Jim Kelly told ESPN on Thursday. "I know at my house, I have a good 7 feet now. Like I said, I have never seen anything like this.

"There's no possible way I can see them playing this game on Sunday."

Rain and temperatures in the mid-50s are expected by the weekend, which could cause flooding in the region.

"Maybe we get a break somewhere along the way," Cuomo said. "We get a break in the weather, the snow, the rain. And if there's any way that we can scramble to get it done, I know the mayor, the county executive and myself will do everything we can to deploy resources to make it possible. But now we're focused on public safety."

Kelly, however, said the warmer weather could bring more problems to the region.

"People can have fun now," Kelly told ESPN. "But when that warm weather rolls in, the bad stuff is really going to start happening."

Weather Affecting Bills' Preparations
ESPN Bills reporter Mike Rodak breaks down the latest on how the weather in Buffalo could affect Sunday's game against the Jets.

Bills Seek Help To Shovel Stadium
ESPN Bills reporter Mike Rodak discusses the snowstorm in Buffalo and whether Sunday's game against the Jets will be played. 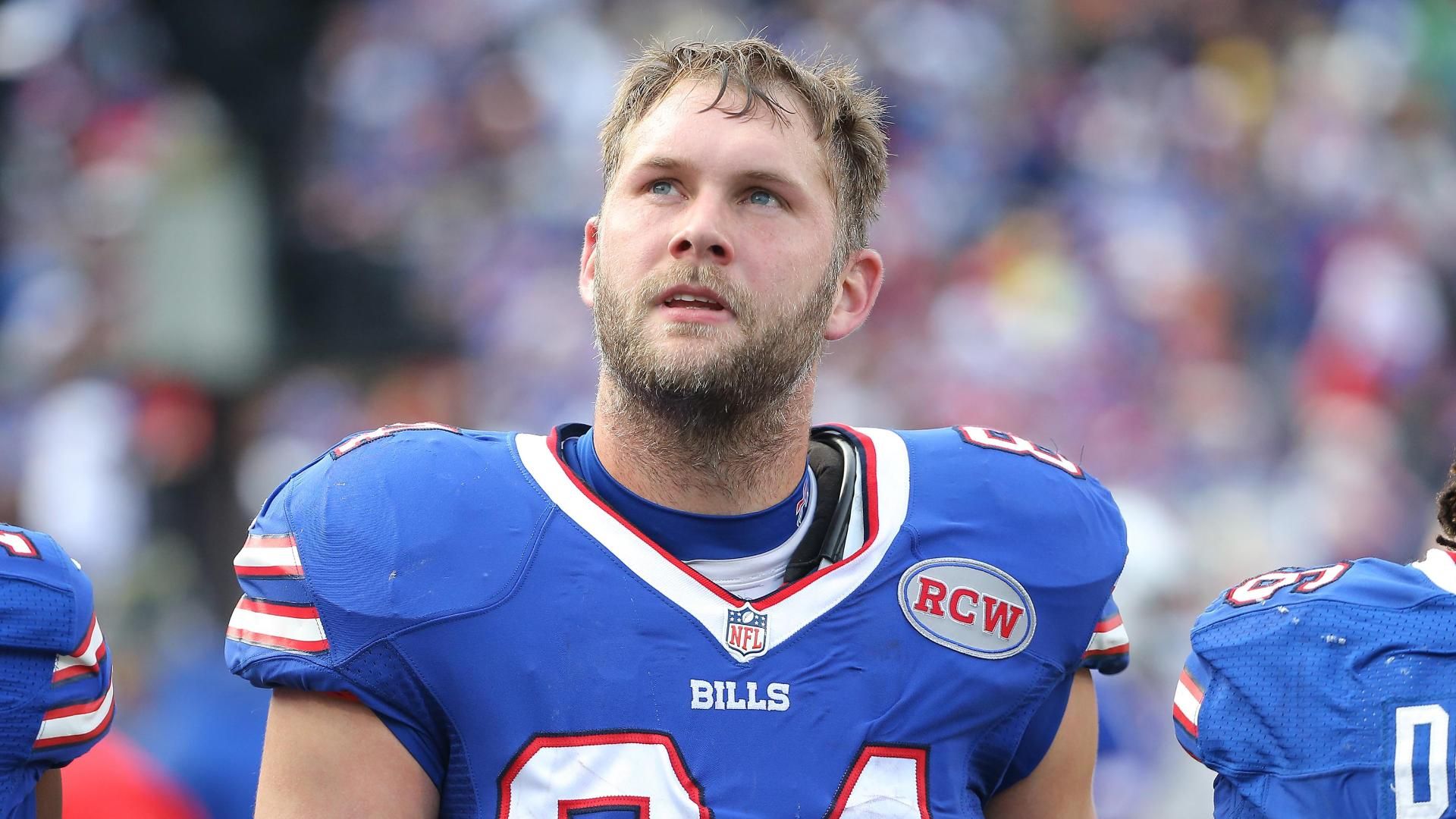