Greg Hardy, NFLPA to confer about taking NFL to court after Brady ruling 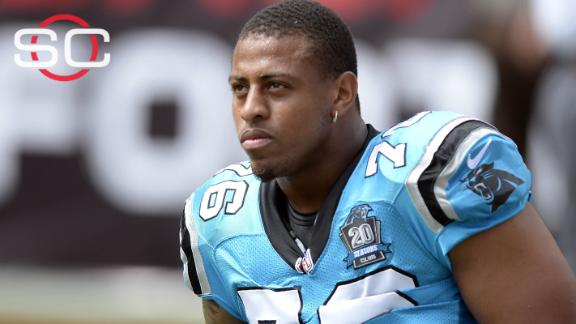 IRVING, Texas -- The court decision Thursday to vacate Tom Brady's four-game suspension could impact how many games Greg Hardy plays for the Dallas Cowboys in 2015.

A source said Hardy will confer again with the NFL Players Association about taking the NFL to court to seek a further reduction in his suspension for violating the league's personal conduct policy. In July, Hardy had his suspension reduced from 10 games to four by arbitrator Harold Henderson.

After NFL commissioner Roger Goodell had yet another decision on discipline overturned in court Thursday, this time by Judge Richard M. Berman, an NFLPA source told ESPN's Ed Werder, "Hopefully the owners will engage us in a process for meaningful change."

With his suspension beginning Saturday, Hardy would likely have to make a decision soon in order to be eligible to play when the season begins Sept. 13 against the New York Giants.

The NFL initially suspended Hardy in April for what it deemed to be multiple violations of the league's personal conduct policy during an incident with a former girlfriend in spring 2014. The charges against Hardy, who was with the Carolina Panthers at the time, were eventually dismissed after the ex-girlfriend, Nicole Holder, refused to cooperate with the Mecklenburg (North Carolina) County district attorney's office.

Henderson, however, said the league erred in its punishment because the "baseline for discipline in domestic violence or sexual assault cases was announced as a six-game suspension."

As it stands currently, Hardy's first game for the Cowboys would be Oct. 11 against the New England Patriots and, now, Brady.

Hardy isn't the only starter on the Cowboys' defense set to make his 2015 debut against Brady. Linebacker Rolando McClain will miss the first four games for violating the NFL's substance abuse policy.

The Cowboys activated McClain off the physically unable to perform list on Monday and he took part in limited portions of practice this week. He is coming back from right knee surgery in the offseason and chose to do his rehab in Alabama.

According to a source, McClain will remain in the area to continue his rehab and work out during the suspension.

"I think we've got a good plan with them," executive vice president Stephen Jones said. "Obviously, our guys do a great job of giving them direction on what they might want to be doing and how to not lose ground in terms of what they've gained here in training camp."

Per league rules, the team cannot have any contact with the player during the suspension. The player is not allowed at the team facility. Coach Jason Garrett believes having a suspended player around a structured environment with the team, even if he can't work out or practice, would be better than the complete exile.

Jones said he would listen to any possible changes to the NFL's policy but believes the punishment is fair.

Hardy has played in 46 snaps in three preseason games and could see some action Thursday night against the Houston Texans. McClain is not expected to play with such little practice time.

The Cowboys will face four top offenses without McClain and potentially without Hardy in the Giants, Philadelphia Eagles, Atlanta Falcons and New Orleans Saints.

"Suffice it to say they're going to be working hard to get ready to come back and play," Garrett said.

Hardy, NFLPA to confer about taking NFL to court after Brady ruling
ESPN NFL Insider Ed Werder discusses Greg Hardy's decision to speak with the NFL Players Association about going to court over his suspension for violating the league's personal conduct policy.