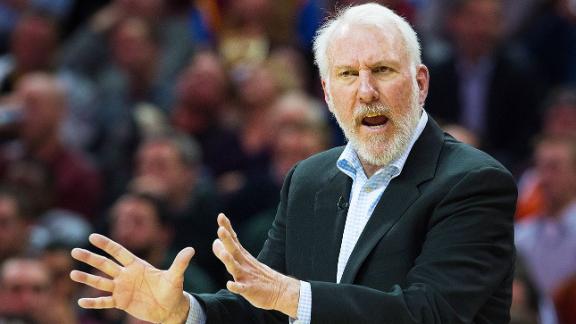 With the NBA considering spacing out its 82-game season and potentially playing into July, most players and front offices would look forward to a less stressful schedule. But don't count San Antonio Spurs coach Gregg Popovich in that bunch.

The idea of stretching out the NBA slate would be to do away with the crunch of games on back-to-back nights or runs such as three games in four days.

NBA teams typically have between 16 and 20 back-to-backs per season, an element of the schedule almost universally despised by players, particularly veterans. The decision to lengthen the season would create more rest time for players without reducing the amount of games -- a crucial point, as a reduction in game number would almost certainly lead to a loss in revenue for the league.

Still, Popovich, who is known to sit out starters to rest them over the course of the season, says he's just fine with the current length of the season.

"I think the season is long enough," Popovich said. "I will not come to work in July."

Popovich's remarks are in stark contrast to those of Dallas Mavericks owner Mark Cuban, who recently said he's all for the idea of lengthening the season.

"I've been bringing it up for years," Cuban said Tuesday. "[Commissioner Adam Silver is] more open to it, and he's going to be considering it. Everybody's for it now."

Well, everybody except for the coach of the reigning league champions.

Information from ESPNDallas.com's Tim MacMahon contributed to this report.