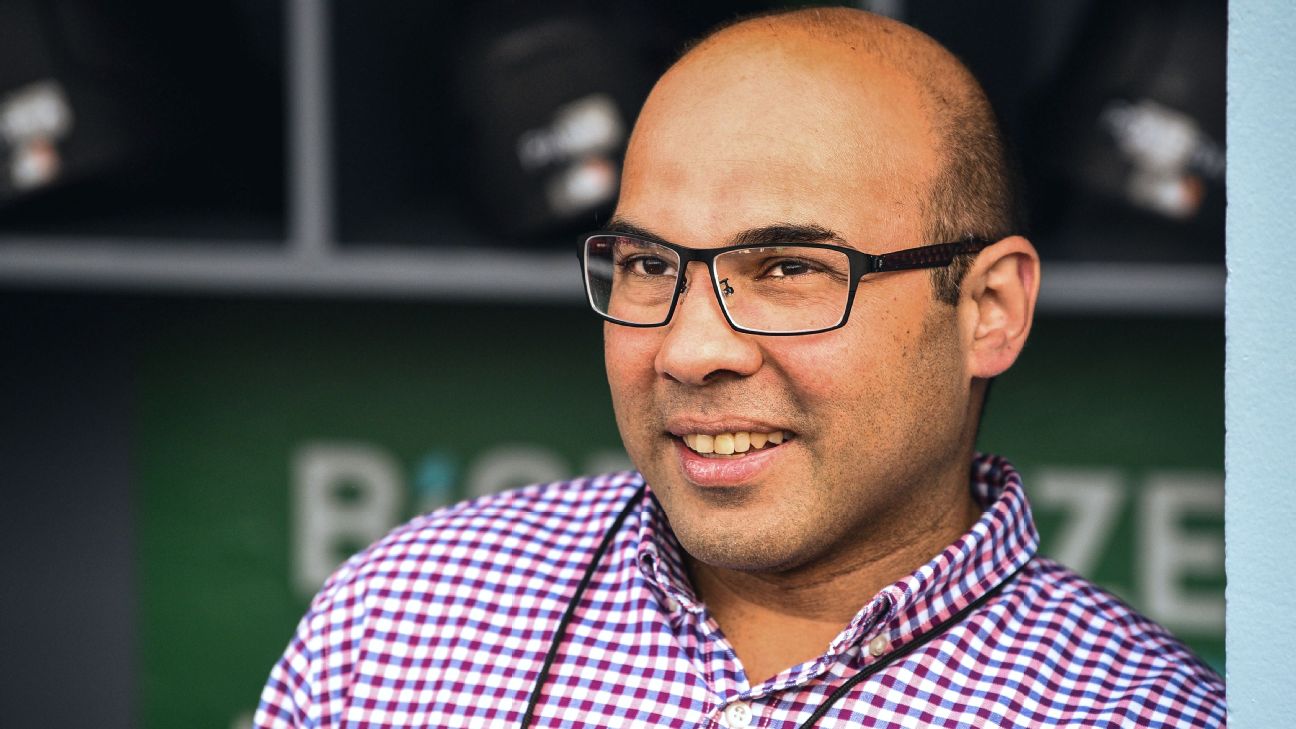 The Giants' president of baseball operations addressed the challenges a team in transition faces during a season-ending news conference Tuesday.

The Giants, who just finished their third straight losing season, have had most of this year to plan for the retirement of Bruce Bochy, the likely future Hall of Fame manager who led the team to three World Series titles in 13 years in San Francisco.

They also will have to decide whether to offer 2014 World Series MVP Madison Bumgarner the type of contract the big lefty is expected to command on the open market.

Two days after the Giants honored Bochy with a sendoff at Oracle Park that followed the team's season finale, the search for his replacement is underway.

Zaidi expects to select a manager from a pool of about eight to 10 applicants. He plans to interview Meulens and Wotus within a week.

"That's kind of step one for us as far as this process goes," Zaidi said.

Zaidi identified being a "relationship-builder" as the most important quality he'll be looking for during the team's managerial search.

He described Sunday's sendoff as a "real reflection of what Boch was able to build in terms of his connection with the players and having all those guys come back to honor him."

Zaidi, however, also wants a manager who can build relationships with the front office.

"I think in the modern game having a manager that can have productive and trusting relationships in both avenues is really important, I think you see that with some of the best managers in the game now," Zaidi said.

"That's really going to be No. 1 on the list as far as I'm concerned. Being able to create those relationships on both sides of the house."

Zaidi acknowledged the process could go on for a while. "Permission windows granted by teams that are still involved in the playoffs and other unpredictable scheduling issues" could delay the process, Zaidi said.

The Giants will conduct their search for a new general manager simultaneously.

Zaidi spoke in general terms about the prospects of bringing back Bumgarner, who compiled a 119-92 record in 11 seasons in San Francisco. MadBum was 9-9 with a 3.90 ERA in 2019.

"He's got a tremendous record as a starting pitcher -- every team in baseball could use starting pitching that you can rely on," Zaidi said.

All-Star closer Will Smith and catcher Stephen Vogt are also about to hit the free-agent market.

"We have a certain level of interest in bringing all those guys back," Zaidi said. "We anticipate those guys will want to see what's out there in free agency."

The Giants will want to see what's out there, too.

Regardless of whether they bring back Bumgarner, developing a crop of young pitchers from their farm system will be a priority, Zaidi said, noting starters Tyler Beede, Logan Webb and Dereck Rodriguezare among those who have pitched in the majors the past two seasons.