High stakes for Warriors, Cavaliers in Game 7 of NBA Finals 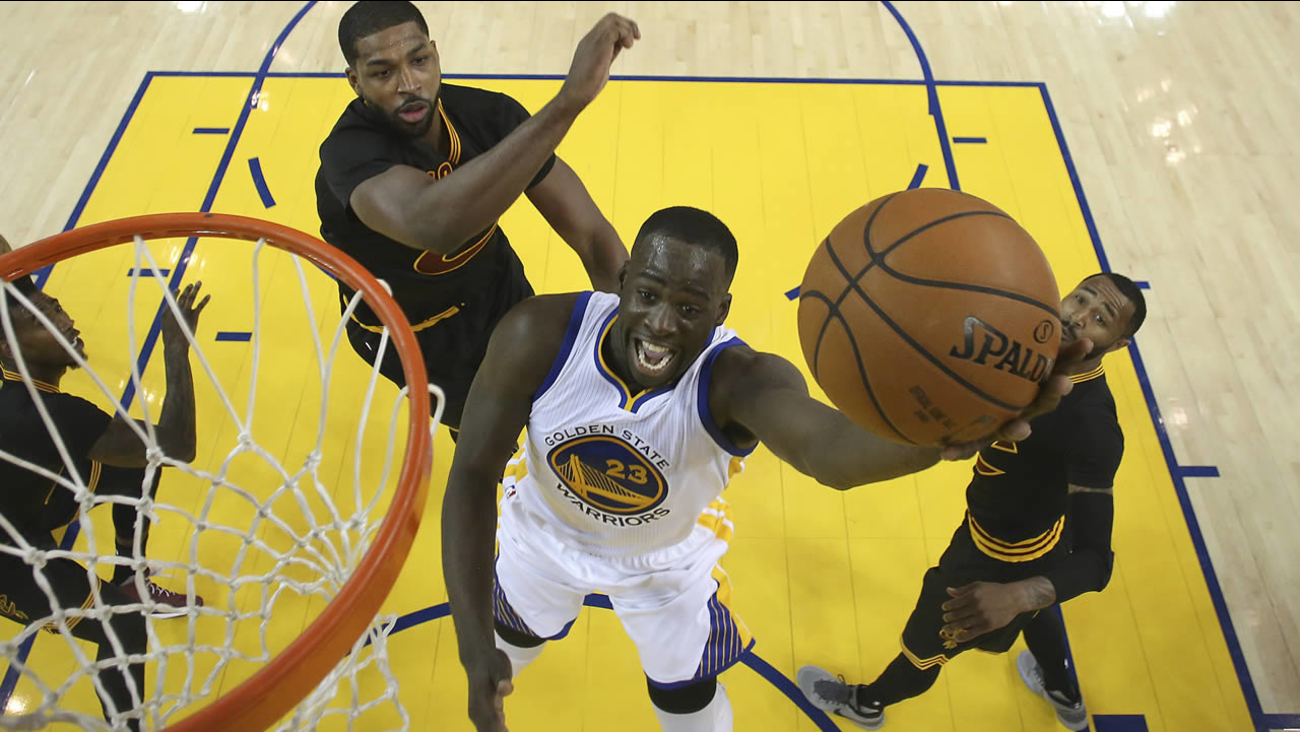 OAKLAND, Calif. (KGO) -- Stephen Curry knows that the record-setting 73 wins, awards and memorable moments that highlighted Golden State's special season will only be footnotes if the Warriors can't quickly find their missing game.

WATCH LIVE: Historic Warriors vs. Cavaliers Game 7 coverage is on now on ABC7!

The 3-pointers have stopped falling, the swagger has gone missing and the defense has had no answers for LeBron James. After two straight losses that have forced a winner-take-all Game 7 in the NBA Finals against the Cleveland Cavaliers on Sunday night, the Warriors are one game away from either capping the most successful season in NBA history or the greatest Finals collapse.

"You just don't see kind of that rhythm and that flow and just the energy that we play with the offensive end," Curry said Saturday. "Obviously, we lost Game 5 and 6, not so much because we missed open shots, but also because of our defensive breakdowns. So it's kind of you can look at and nitpick both sides. But at the end of the day, I don't know why we haven't been ourselves. ... The only thing that matters is we have one game left to figure it out."

The Warriors couldn't do it in Game 5 at home last Monday when do-everything forward Draymond Green was sidelined by a suspension. A second chance in Cleveland on Thursday night also ended in a loss with rim-protecting center Andrew Bogut out after suffering a season-ending knee injury the previous game and defensive stopper Andre Iguodala dealing with a balky back that limited his effectiveness. Iguodala received treatment Saturday while the Warriors held a light practice but is planning to play Game 7, and coach Steve Kerr expects him to be improved come game time.

Golden State's frustration boiled over with Curry's ejection for throwing his mouthpiece at a fan after fouling out and Kerr's $25,000 fine for criticizing officials. Even Curry's wife, Ayesha, got into it with a Tweet accusing the NBA of rigging the Finals, prompting Curry to quip, "I might have to cut the Wi-Fi off at my house."

But it will be no joking matter if the Warriors become the first team to lose the NBA Finals after taking a 3-1 series lead, which is one historical mark these players are looking to avoid in a season full of records led by the 73 wins after a record 24-0 start.

"When you go from up 3-1 to 3-3, it's disappointing," Kerr said. "But you get a couple of days, you kind of take stock. You think about where we are. We like our positioning. We like our chances. And we're at home with a chance to win the championship. You can't ask for much more than that."

But the Cavaliers come into the game with James. The player known as King James since he was a high-school megastar in Akron, Ohio, has almost single-handedly moved the Cavaliers to the brink of winning the first championship in success-starved Cleveland since the Browns won the NFL title in 1964.

Draymond Green puts the Warriors on the board with a two-handed slam.

James brought the Cavaliers to the verge of a title with back-to-back 41-point games to stave off elimination and force this decisive final game. He has 24 rebounds, 18 assists, seven 3-pointers, six blocks and just three turnovers in the past two games and leads the series in points, rebounds, assists, blocks and steals.

After shooting 42 percent the first two games, James has shot 55 percent the past four as he has exploited the Warriors in transition and made the mid-range jumpers Golden State has ceded him.

"He'll continue to be aggressive," Warriors forward Harrison Barnes said. "He's a great player, so he's going to score. We need to take away the easy ones, a lot of them in transition, easy dunks, defensive breakdowns, not let him just get to the rim easy."

Some of those easy shots have come because of the way the Warriors have shot from long range. After setting a record with 1,077 3-pointers in the regular season, Golden State has shot just 36 percent from long range in the two potential clinchers.

Barnes has missed 10 of 11 3-pointers those games a part of a 2-of-22 shooting performance, while and Curry and fellow Splash Brother Klay Thompson have been hot and cold from distance.

Curry knows that must change Sunday if the Warriors are going to repeat as champions.

Pre-Game excitement inside Oracle Arena. Its surely going to be LOUD inside here for Game 7. #DubsOn7 pic.twitter.com/pBXUXzOfL7

#DubNation: Tonight's Game 7 expected to be one of the most viewed games in #NBA history: https://t.co/7MWOiZTpQu #DubsOn7

"I need to play my best game of the year, if not my career." -#StephCurry on #NBAFinals Game 7. https://t.co/RTHt945CUI #DubNation