ESPN
By Pat McManamon
BOCA RATON, Fla. -- Hue Jackson said Tuesday he has no concerns that Carson Wentz comes out of college as a "small-school" quarterback.

"It's not about that, " the new Cleveland Browns coach said at the AFC coaches breakfast at the NFL annual meetings. "It's, can he play?"

While Jackson would not tip his hand in any way about which quarterback he favors in the draft, he did discuss the two players considered most worthy if the Browns decide to address the position with the second overall pick.

Jared Goff played atCalin the FBS, Wentz for the North Dakota State Bisonin the FCS. The Bison's schedule included Charleston Southern, IllinoisState and Western Illinois, but they also had five wins in a row over FBS schools. Wentz also led the Bison to two of their five consecutive national championships.

"There's a lot of players from small schools that are playing well in the National Football League," Jackson said.

Jackson will leave South Florida when the meetings conclude and head to North Dakota, where Wentz will hold his pro day Thursday.

"I know he's a young man who comes from a small school," Jackson said. "He has great stature, great ability. But again, until you spend some time with the person, do you know?

"But he looks the part. He has all the attributes that you look for."

Jackson attended Goff's pro day at Cal, where he coached as an assistant and where he interviewed to be coach in 2013 before the job went to Sonny Dykes.

The Browns coach said he has spent "quite a bit of private time" with Goff.

"I won't say when, but I have," Jackson said. "I've gotten to know him and his family very well."

"I thought the guy threw the ball tremendously," Jackson said. "He can make all the throws. For a big guy, he's more athletic than people think. He has quick feet. He obviously has a quick release.

"What I've seen on videotape to go along with the workout is he has tremendous poise in the pocket. He's a young man that can keep his eyes downfield when people are bearing at him and, to me, that's an unbelievable asset. Because a lot of people can't do that.

"His back foot -- he digs it in the ground to throw the ball, where some people have a soft back foot because they're afraid to get hit. He's not like that."

The Browns, who also hold the 32nd overall pick, will send representatives to the pro day of Memphis' Paxton Lynch, but they might not include Jackson, who could stay in the Cleveland area to prepare for the start of offseason workouts April 4. As for Michigan State product Connor Cook, Jackson conceded that he wanted Cook to explain why he was not voted a team captain.

"Normally a quarterback is," Jackson said. "Sometimes you'll find those things out that it had nothing to do with anything that pertained to football. Maybe a guy had to go and take care of his baby brother or something." 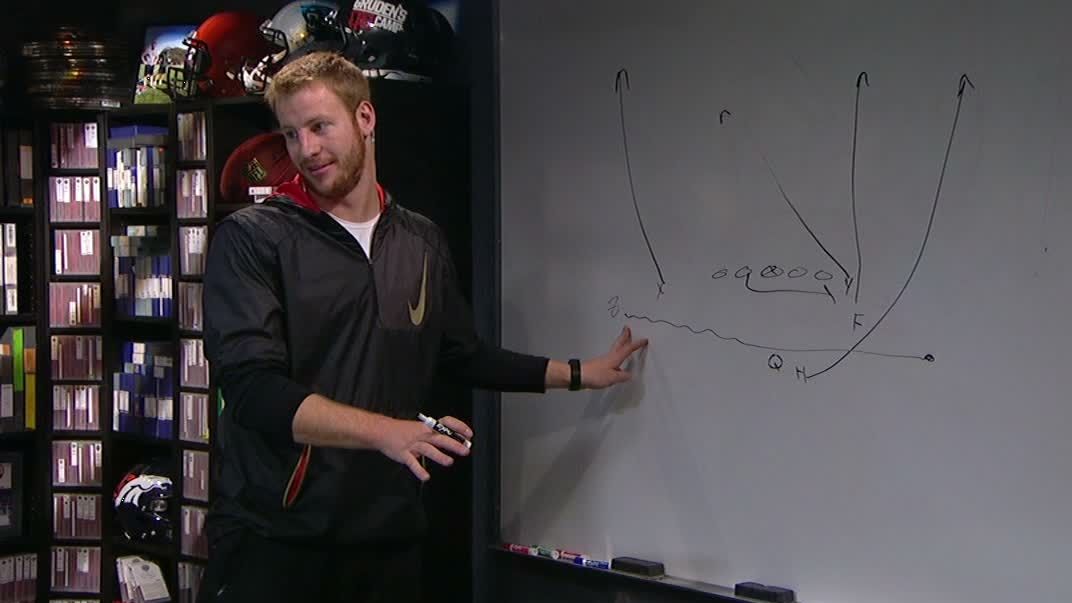