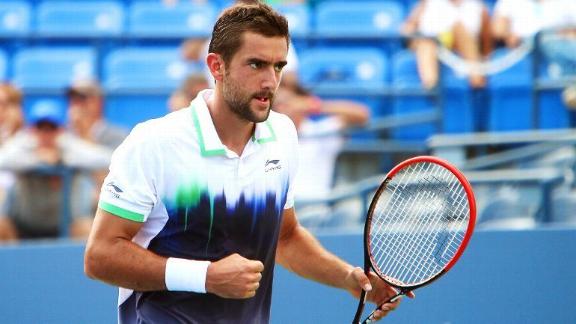 One of the most improbable Grand Slam finals matches has bookmakers breathing a sigh of relief and some bettors nervous about the high stakes on Monday's US Open men's final.

The matchup between Kei Nishikori andMarin Cilicrepresents the first time since the 2005 Australian Open that a Grand Slam final hasn't featured Roger Federer, Rafael Nadal, Andy Murray or Novak Djokovic and the pre-tournament odds were reflective of that.

Nishikori's odds to win the US Open, and become the first Asian-born man to win a Grand Slam title, were as high as 250 to 1. The odds to be the last man standing for Cilic, seeded 14th in the men's draw, were also as high as 250 to 1 in July.

"A final very few saw coming, but there will be some happy bettors regardless of the result after huge odds were offered on both players," said Matt Jenkins, spokesman for TAB, which has 2,900 betting outlets in Australia.

TAB didn't have odds on a Nishikori-Cilic final, but Jenkins said it would have been about 5,000 to 1.

"The Nishikori-Cilic final is about as unlikely as the Minnesota Vikings and Jacksonville Jaguars meeting in this season's Super Bowl," Jenkins said.

A spokesman for England-based betting outfit Betfair, which takes in a huge volume of bets on tennis between its sports book and its betting exchange, said while the odds for Nishikori and Cilic are high, the money bet on the favorites more than covered any exposure the firm would have with either player.

"When favorites get beat the bookies win, as was the case in US Open," said Betfair spokesman Barry Orr. "This year produced some massive results for the bookmakers."

Nishikori, seeded 10th in this year's tournament, was a more improbable entrant in Monday's final than Cilic, who had to sit out four months as a result of a drug suspension last year. Nishikori, who turned pro in 2007, had never advanced past the 4th round of the US Open. Cilic had previously made the quarterfinals in the event twice.