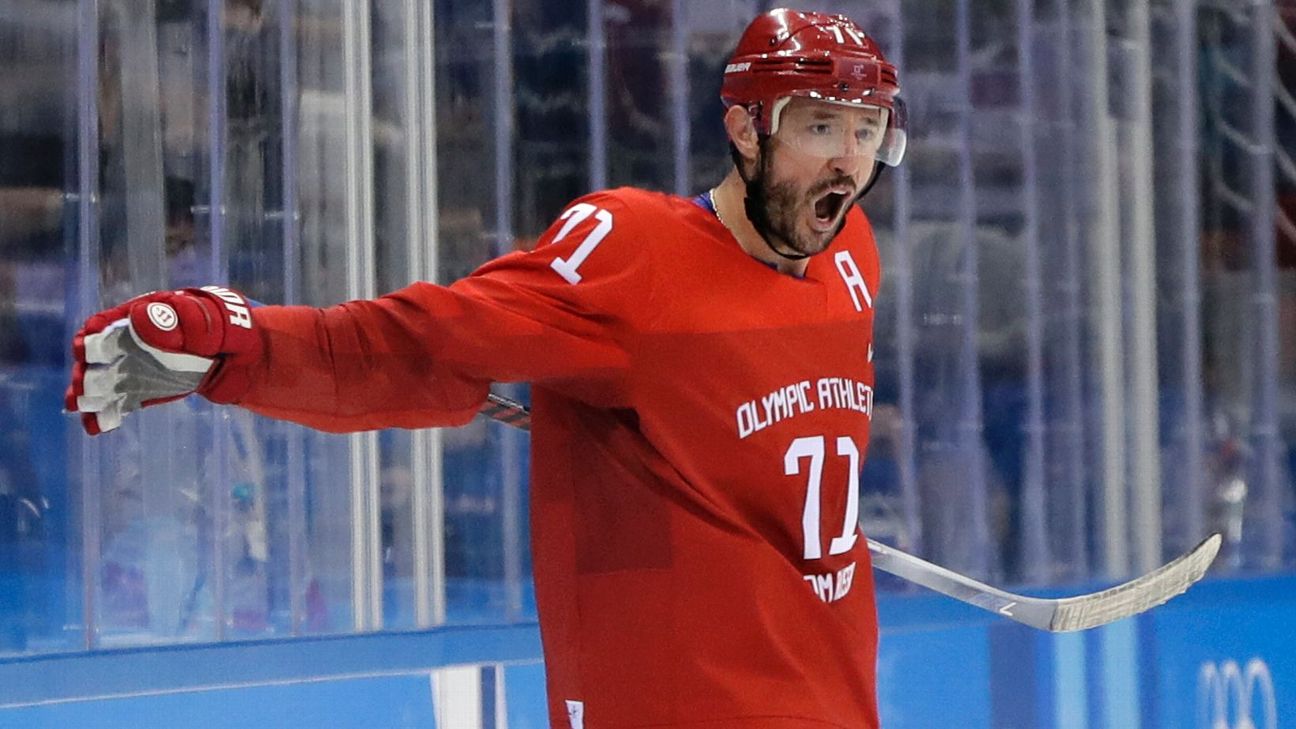 DALLAS -- Ilya Kovalchuk has made his decision. The 35-year-old signed a three-year deal with the Los Angeles Kings, with a cap hit of $6.25 million annually.

The average annual value was something other teams could have offered. But much like with Patrick Marleau's near-identical free-agent contract with the Toronto Maple Leafs last summer, the Kings' willingness to add a third year to the deal was the difference.

The talk at the NHL draft on Friday night was that the Kovalchuk contract was one factor in the lack of player trades during the first round. His signing with the Kings certainly impacts several teams and players. Let's take a look:

What does it mean for the runners-up for Kovalchuk?

Multiple reports had the Kovalchuk camp having narrowed its choices to the Kings, San Jose Sharks, Vegas Golden Knights and Boston Bruins.

Vegas GM George McPhee denied after the first round of the draft that the Golden Knights were in discussions with Kovalchuk's agent JP Barry, so take that as you will. Signing the Russian winger would have been more a luxury than a necessity for Vegas, which has well over $30 million in cap space with which to play this summer.

The Sharks have cleared the decks for something during the past week. Paul Martin was put on unconditional waivers for the purpose of buying out the final year of his contract, giving San Jose another $4.85 million in cap space. Combine that with the Mikkel Boedker trade, and the Sharks now have over $20 million in cap space. Some of that money will go to restricted free agent Tomas Hertl, and hopefully a bit more will go to unrestricted free-agent center Joe Thornton.

All indications are that this deck-clearing would be to make a run at star New York Islanders center John Tavares in free agency. Tavares is expected to speak with other teams during his UFA negotiating window next week. The top three choices for Tavares, according to Arthur Staple of The Athletic: the Sharks, Dallas Stars and Maple Leafs, with the Tampa Bay Lightning also a possibility. Then there are of course the Islanders, who can offer him eight years and upwards of $100 million.

As for the Bruins, GM Don Sweeney indicated that Kovalchuk had "strong interest" in his club and the feeling was mutual. Boston has a need for a winger in its top six, one the Bruins felt they addressed when they acquired Rick Nash at the trade deadline last season. With Kovalchuk off the board, the chances Nash is back in Boston have increased, although the 34-year-old won't get anything close to his eight-year, $62 million deal that expires on July 1.

What does this mean for free agents?

The big winner here is James van Riemsdyk, the 29-year-old winger for the Maple Leafs who is an unrestricted free agent. He has 79 goals and 66 assists in 203 games during the past three seasons, and is an established top-six forward. His base salary last season was $5 million, so he won't come cheap in money or years, but he's an ideal complementary winger. He's also going to be available, as sources say he'll end up being too rich for the Maple Leafs to retain.

Then there's James Neal, an unrestricted free agent from the Golden Knights who can play either wing. Neal turns 31 on Sept. 3, but has averaged 26 goals per season for the past five. The Calgary Sun reported that Neal rejected a five-year deal worth $25 million from the Knights at the trade deadline, and is seeking a six-year, $36 million deal.

Nash, David Perron of the Golden Knights and Patrick Maroon of the New Jersey Devils are the next tier of unrestricted free agents who can play left wing.

Then there's Thomas Vanek, the human embodiment of a "boom or bust" player.

What does this mean for trade targets?

Montreal Canadiens captain Max Pacioretty remains the belle of the ball. He has 82 goals and 86 assists in his past 227 games and is one year removed from a 35-goal campaign. The 29-year-old has one year left on his deal at $4.5 million, and his next contract will be much higher, which is a consideration for anyone looking acquire him.

It's a similar deal with Jeff Skinner, the Carolina Hurricanes' 26-year-old winger who plays primarily on the left side. Skinner has 163 points in his past 243 games, including 24 goals last season. But he's seen as a one-dimensional talent whose considerable offensive gifts barely make up for defensive limitations. But on the right team, with the right center, he could be outstanding.

Ryan O'Reilly of the Buffalo Sabres is ideally suited to be a center, but has played on the wing extensively during his career. The 27-year-old netted 24 goals last season and is one of the best defensive forwards in hockey. But his contract comes with a hefty price tag ($7.5 million against the cap) and term (through 2023).

One interesting new option on the trade market: Minnesota Wildwinger Jason Zucker. The 26-year-old scored 33 goals last season and is a restricted free agent, but Michael Russo of The Athletic reports he's available via trade, as Zucker was part of a "framework" for a Max Domi deal before the Coyotes shipped him to the Canadiens last week.