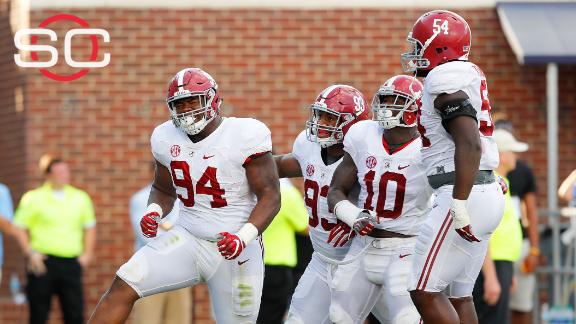 TheLouisville Cardinalsfootball teamsurged to No. 3 in The Associated Press Top 25 on Sunday, matching the best ranking in school history, whileOhio State moved up to No. 2 behind top-ranked Alabama.

The Crimson Tide received 50 first-place votes after coming from 21 points down to win 48-43 at Ole Miss on Saturday. The Buckeyes moved up one spot after an emphatic 45-24 victory at Oklahoma.

No team made a bigger climb than Louisville, which jumped seven spots and received six first-place votes after quarterbackLamar Jackson and the Cardinals beat Florida State 63-20. The Seminoles slid 10 spots to No. 13.

The Cardinals were No. 3 most recently on Nov. 5, 2006, during coach Bobby Petrino's first stint with Louisville.

Ohio State picked up four first-place votes, and No. 4 Michigan received one.

North Dakota State didn't make the rankings but received 74 points after upsetting Iowa, setting a record for points received by an FCS team.

Ten FCS teams have received votes in the poll since 2007, when Appalachian State's victory against Michigan prompted the AP to declare that voters could include teams playing in what was once called I-AA.

North Dakota State, which is 5-0 against Power Five teams since 2010, received votes during each season from 2010-14.

No. 15 Miami moved up 10 spots after winning 35-10 at Appalachian State. No. 10 Texas A&M jumped seven places after a 29-16 road victory against Auburn. No. 8 Michigan State moved up four spots after beatingNotre Dame36-28 on the road.

Two weeks after vaulting into the poll, Texas dropped 10 spots to No. 21 after losing a wild game at California.

No. 23 Ole Miss and No. 25 Oklahoma both stayed in the rankings after dropping to 1-2 on the season. The Rebels, who opened the season with a loss to Florida State, dropped four spots. The Sooners, who lost their opener to No. 6 Houston, fell 11 spots.

Iowa, Notre Dame and Oregon dropped out of the poll.

Cardinals, Aggies each vault 7 spots in AP Top 25
Louisville improved from No. 10 to No. 3 in the AP Top 25 after dismantling Florida State, while Texas A&M benefited from a handful of upsets to jump into the top 10. 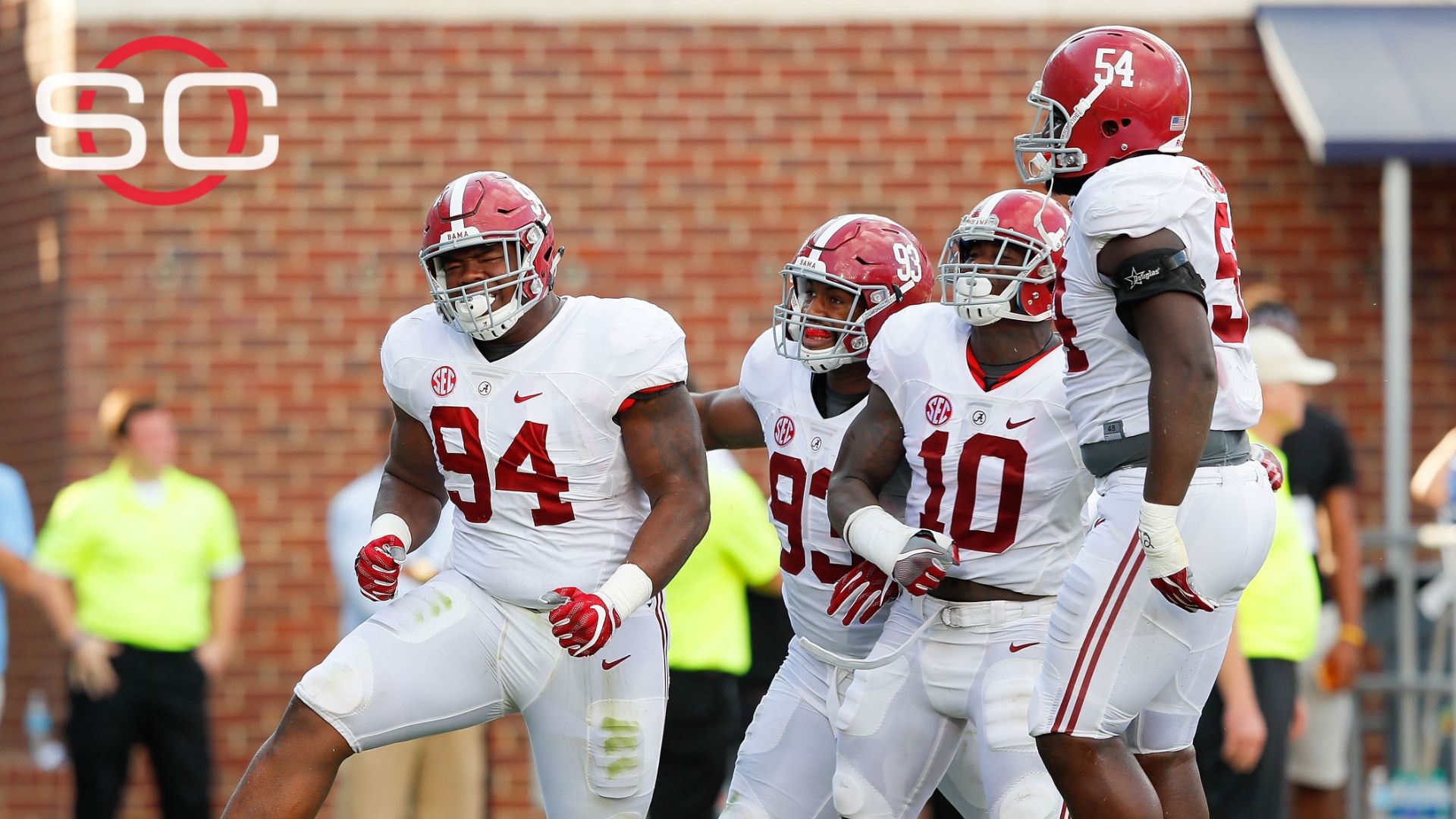