IOC: 31 test positive for doping in retests of 2008 Beijing samples 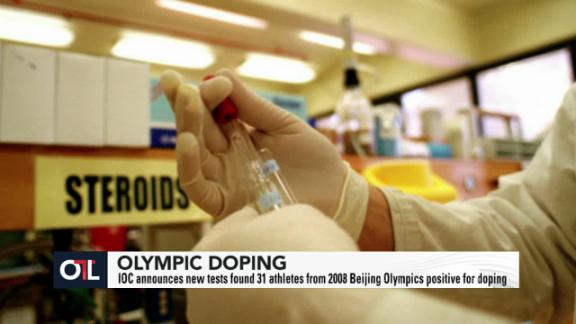 LONDON -- In a major doping crackdown stretching back eight years, 31 athletes in six sports could be barred from competing in this year's Olympics, after they were caught in retesting of drug samples from the 2008 Beijing Games, and other positive cases could emerge from the 2012 London Games.

The International Olympic Committee opened disciplinary proceedings Tuesday against the 31 unidentified athletes from 12 countries who competed in Beijing and were planning to take part in the Rio de Janeiro Games in August.

"This is a powerful strike against the cheats," IOC president Thomas Bach said. "They show once again that dopers have no place to hide."

The IOC said it planned to reanalyze drug tests from the 2014 Sochi Winter Games, in response to allegations that samples were tampered with as part of a state-sponsored Russian doping program.

The positive cases from Beijing emerged from the recent retesting of 454 doping samples with "the very latest scientific analysis methods," the IOC said.

The Olympic body stores samples for 10 years to allow for retesting with improved techniques, with athletes caught facing retroactive disqualification and loss of medals.

The IOC said it could not immediately identify the athletes caught in the Beijing retests for legal reasons and said it would inform the relevant national Olympic committees in the coming days.

"All those athletes infringing anti-doping rules will be banned from competing at the Olympic Games" in Rio, the IOC said after a teleconference meeting of its policy-making executive board.

Results of the retesting of 250 samples from the London Olympics will be announced shortly, the IOC said. Those tests were also aimed at athletes planning to compete in Rio.

The IOC said it would undertake a "wider retesting program" of medalists from both the Beijing and London Games. Samples from athletes who could be promoted to medalists following disqualifications will also be retested.

The IOC asked the World Anti-Doping Agency to launch a "fully-fledged investigation" into allegations that the drug-testing system in Sochi was subverted by Russian officials.

The IOC said it would ask WADA and the anti-doping lab in Lausanne, Switzerland, to proceed with analyzing Sochi samples "in the most sophisticated and efficient way possible."

It's unclear, however, how many samples are intact enough to be reliably retested. Grigory Rodchenkov, the former head of the Russian anti-doping laboratory, told the New York Times last week that he gave Russian athletes a cocktail of drugs before the Olympics and switched tainted urine samples for clean ones during the games. He has offered to assist in retesting.

WADA said Tuesday that it has written to Rodchenkov and offered to meet him "immediately" in Los Angeles. No date for a meeting has been set. WADA said it has also asked Russian whistleblower Vitaly Stepanov for a copy of the recordings of his conversations with Rodchenkov.

WADA president Craig Reedie said the agency is "fully committed" to investigating the Sochi allegations. The inquiry will be led by WADA's chief investigator, Mathieu Holz, a former French policeman and Interpol agent, and will include independent scientists.

The statute of limitations for retesting was extended in 2015 from eight to 10 years, which means the Beijing samples remain valid through 2018.

It's not the first time that samples from Beijing have been retested. A few months after the games, the IOC reanalyzed nearly 1,000 of the total 4,000 samples with a new test for a type of blood-boosting drug called CERA. Five athletes were caught, including 1,500-meter gold medalist Rashid Ramzi of Bahrain.

Nearly 500 doping samples from the 2006 Winter Olympics in Turin have already been retested. The IOC has not disclosed whether those tests produced any positive results.

Five athletes were caught in retests of samples from the 2004 Athens Olympics, including men's shot put winner Yuriy Bilonog of Ukraine.

In a separate issue, the IOC said it would "work to shed full light" on bribery allegations tied to Tokyo's winning bid for the 2020 Olympics.

French prosecutors said last week that 2.8 million Singapore dollars ($2 million) were transferred from Japan to the Singapore account of a company tied to the son of former IAAF president Lamine Diack, who is facing corruption charges.

Tokyo bid leaders acknowledged that the payments were made but said they were for legitimate consulting fees. The IOC said it would remain a civil party to the French investigation and its chief ethics officer would "actively cooperate" in the inquiry. 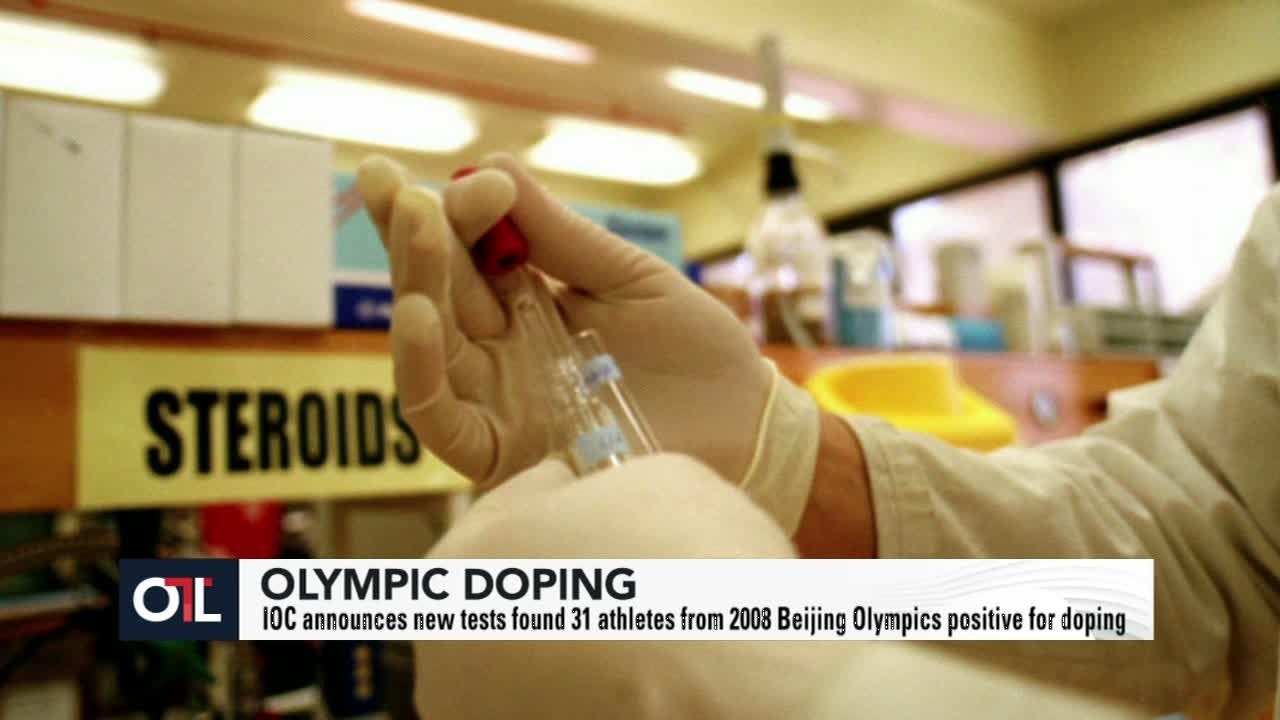